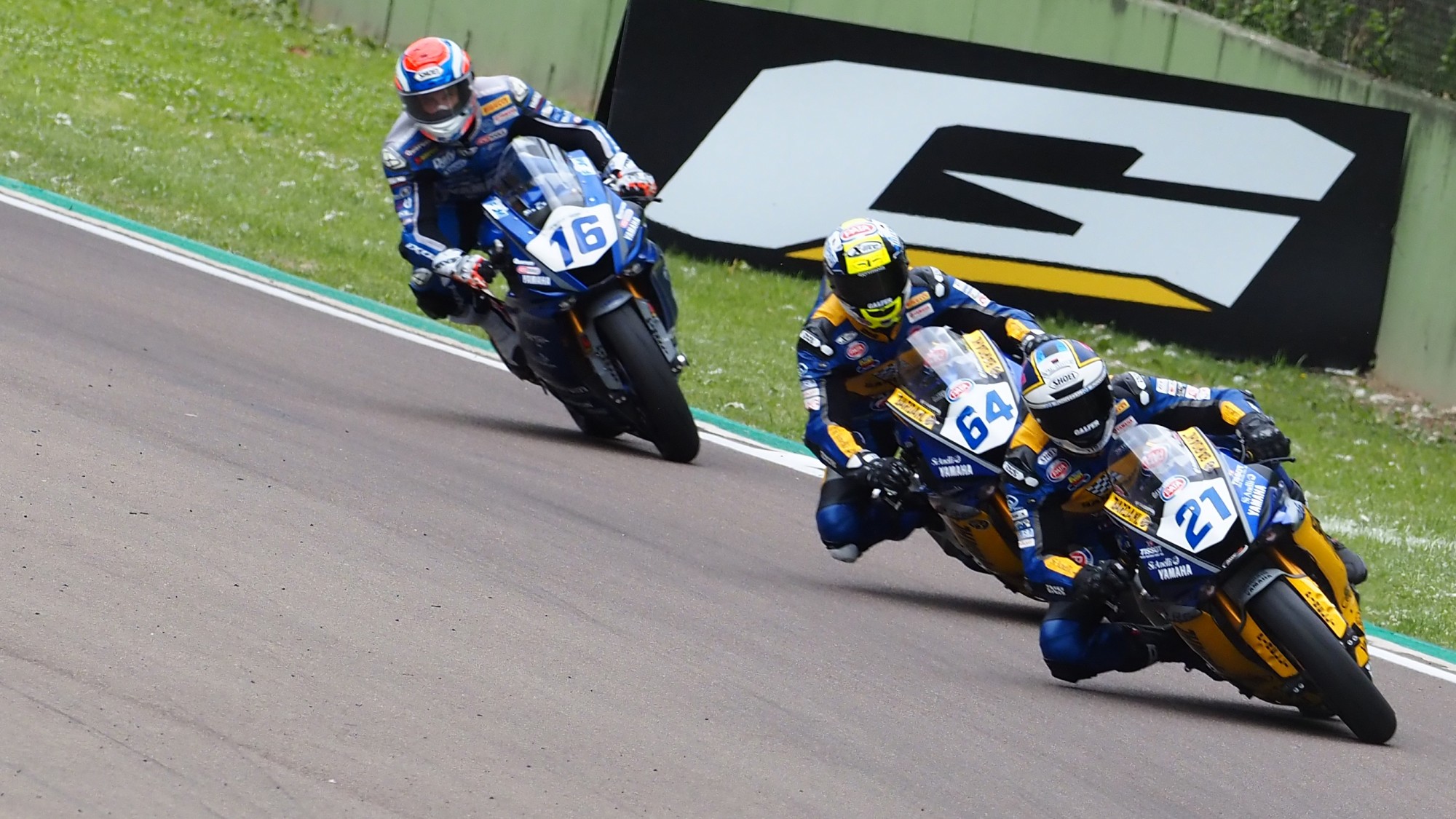 A scintillating World Supersport season is approaching its final round and with three riders in the title race, it is set to be an electric final outing of the season in Qatar!

After the rollercoaster season that has gripped the FIM Supersport World Championship in 2019, it goes down to the wire yet again. For a third consecutive year, the WorldSSP title fight will be sorted out under the floodlights of the Losail International Circuit and Qatar. In what is the only visit to the Middle East, World Supersport has seen some of the closest finishes in its history occur in the ever-developing oil-rich country, and 2019 is going to be no exception.

He’s led the Championship since Australia but Randy Krummenacher (BARDAHL Evan Bros. WorldSSP Team) has seen his lead slashed from over 20 points to just eight. Mistakes in recent rounds have put the title celebrations on ice for the Swiss star and he’s not in the greatest of form either. Coming from his two worst weekends in 2019, Krummenacher knows that if there’s one race he needs to recapture form for, it’s this one. A win for his teammate Federico Caricasulo and a third place for Krummenacher swings the title to the Italian. After fraught comments following a disappointing Argentina, it is now or never for Krummenacher.

Having chased Krummenacher hard all year, Federico Caricasulo (BARDAHL Evan Bros. WorldSSP Team) is the Swiss’ nearest rival in the standings. Eight points separate the two and with 25 up for grabs, this is a crucial round. Caricasulo has failed to take more than seven points out of Krummenacher in one go, something that he will need to fix during the last round. Three wins from 11 races and six other podiums, Caricasulo knows that he has a chance of victory this weekend; if he wins then Krummenacher must be second, but if Caricasulo is second, then Krummenacher must be somewhere else in the top four. It’s that simple.

Against the odds, Jules Cluzel comes into the Motul Qatar Round with an outside hope of the title. 22 points back of Krummenacher, Cluzel must win to even stand a chance. Should he win, then Krummenacher must be 14th or lower and Federico Caricasulo outside the top four in the race. It’s unlikely, but just two rounds ago, both BARDAHL Yamaha riders crashed out. Cluzel hasn’t taken back-to-back wins in the class since Assen and Imola in 2018 and besides his title rivals, five other riders have outshone Cluzel on their day in 2019. He can still win however, and that is what counts. Expect the unexpected.

Out of the top three and with no mathematical chance of the Championship, Lucas Mahias (Kawasaki Puccetti Racing) heads to Losail with a new contract in his pocket for 2020; Remaining with the Puccetti outfit for 2020. Out of all the riders on the grid, Mahias has scored more points than anyone in the last six races and has been on the podium in the last five – the first time in his career that he’s achieved five consecutive podiums. A winner in Qatar in the last two seasons, Mahias could be the spoiler in the title race in 2019.

Mahias’ teammate Hikari Okubo has been one of just three riders to score points in every race this year, but he was somewhat out of position in Argentina. The 26-year-old Japanese star was down in 12th in the race, only his second finish outside the top ten all year. Heading to Losail, Okubo reaches a circuit that he’s failed to finish at in the last two seasons. But don’t count him out; Okubo needs a strong performance in the final race of the season to secure a 2020 ride. Could that elusive podium finally come his way?

Completing the top six in the standings is Raffaele De Rosa (MV AGUSTA Reparto Corse), who is still without a WorldSSP win. He featured strongly at the end of the race in Argentina to finish in sixth place, meaning he is now just five points behind Okubo in the standings. Yet to feature inside the top ten at Losail, De Rosa knows that a strong result over Okubo could give him a best end-of-season finish – fifth overall. Can the 32-year-old Italian deliver?

Outside of the top six, there’s plenty of riders to keep an eye on. Recent rounds has seen Isaac Viñales (Kallio Racing) on the podium and looking strong, whilst pole-sitter in Argentina Corentin Perolari (GMT94 YAMAHA) will be eager to achieve his first rostrum of his WorldSSP career. Thomas Gradinger (Kallio Racing) is eager to recapture his early season form, with Ayrton Badovini (Team Pedercini Racing) seeking the continuation of his top ten streak. Just behind him overall is the best Honda of Peter Sebestyen (CIA Landlord Insurance Honda), who could beat Badovini to the top ten overall.

Watch the final round of the Championship and the lead up to 2020 with the WorldSBK VideoPass!