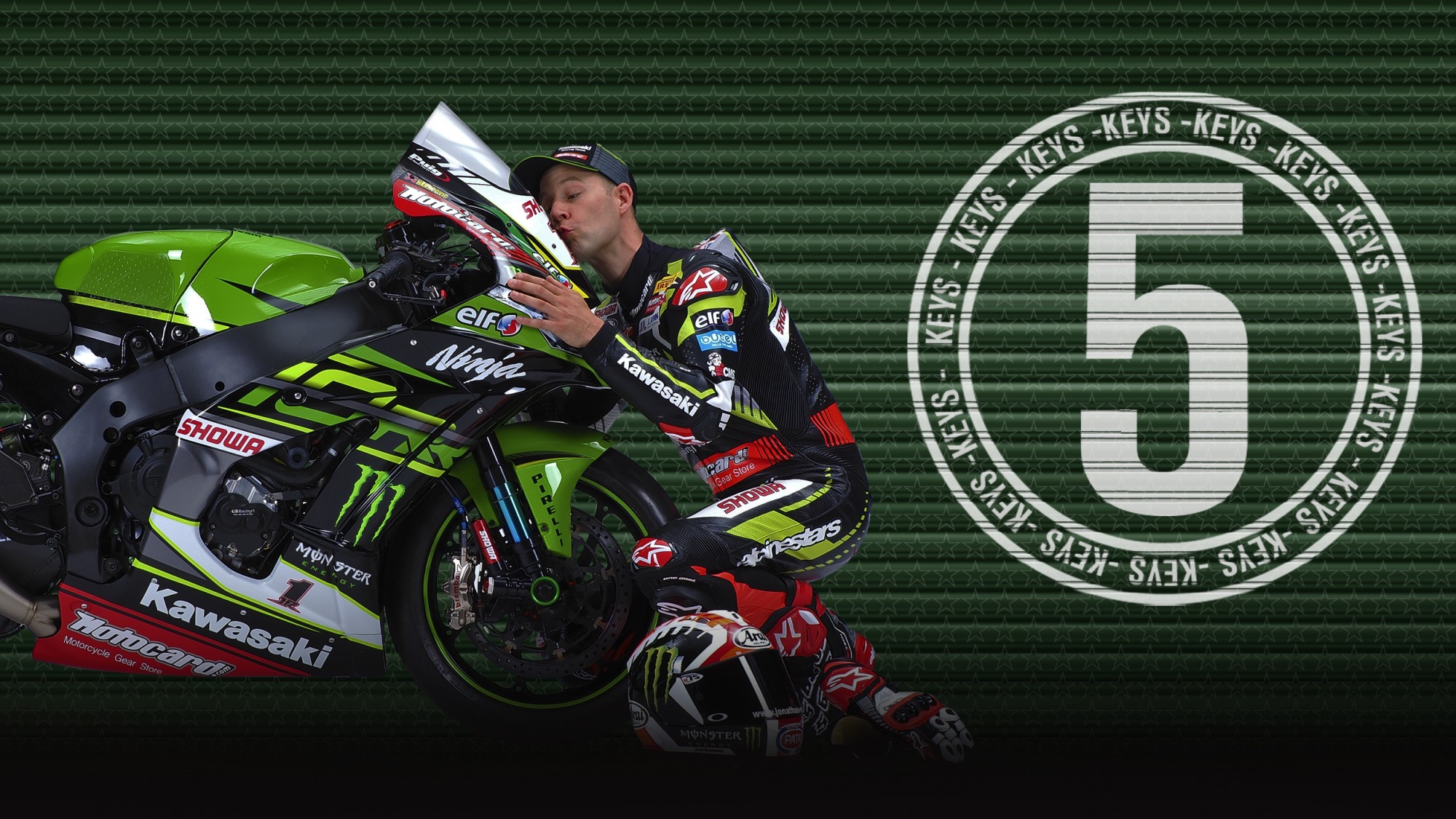 Find out the most significant instants that marked Rea’s route to his historic fifth back-to-back WorldSBK World Title!

Becoming World Champion is not just a matter of winning races. Every rider knows this, but it has never been so clear as after the 2019 WorldSBK campaign unfolded. Jonathan Rea (Kawasaki Racing Team WorldSBK) has headed into the new season with four titles already under his belt, and more than anyone else he knows what it takes to win a championship but again he couldn’t expect a year as 2019 has been. From believing that Bautista (ARUBA.IT Racing Ducati) was meant to become the new World Champion, to entering the history books with his fifth consecutive WorldSBK title, find out Rea’s five key moments of 2019 that allowed him to become the most successful WorldSBK rider of all times!

Rea headed to Phillip Island as the man with the target on his back, but nobody would have predicted that this wasn’t meant to last longer. Aiming to bring back the title to Bologna, Ducati debuted with the Panigale V4 R machine and with their recruit Alvaro Bautista (ARUBA.IT Racing – Ducati) coming directly from MotoGP™, at the Australian venue. Taking his first steps in WorldSBK, it was a shocking revelation when the Spaniard went on to win Race 1 and Race 2 and the newly introduced Tissot Superpole Race, with a margin of nearly 15 s ahead of Rea in both main races. At first glance, the Yamaha Finance Australian Round seemed like the beginning of a new era, but it was more than that. It was too early for Rea and the Kawasaki Racing Team WorldSBK to get discouraged on their 2019 title charge. A new challenge was ahead of the Reigning World Champion and his team. It was a new beginning also for Rea.

Assen – The battle gets on

After Australia, Bautista and Ducati continued to dominate the series. The Spaniard went on to win all races also in Thailand and Spain, and more than ever before, there was no room left for mistakes for the Reigning World Champion. The gap between the Spaniard and Rea continued to grow steadily and finishing second became a priority for the Northern Irishman. Rea had never lost his hope, although the Spaniard had never shown a vulnerable side. Even with the adverse weather conditions that WorldSBK found in The Netherlands, Bautista won both races with closed eyes, while behind him the competition started to become fiercer. Pata Yamaha WorldSBK duo Alex Lowes and Michael van der Mark both fought for the podium. Pushed by his home crowd, the Dutchman was able to shine at TT Circuit Assen, as he took the second position in Race 2, leaving Rea in the third position. For the Reigning World Champion that was just a spark that ignited his fighting spirit. The time had arrived for Rea to turn the faith of his 2019 title fight.

Imola – Rea is back

After the MOTUL Dutch Round, WorldSBK headed to Italy, and for the first time in 2019, Bautista had to explore unknown territories. The Spaniard had never raced in Imola before and despite having done a two-day private test at the Italian venue, this time experience counted more than anything else. Rea returned on the tarmac with added motivation, and as a phoenix resurrects from his ashes, the reigning World Champion was able to capitalise on the Spaniard’s insecurities, taking the victory in Race 1 and the Tissot Superpole Race. Nothing could stop Rea that weekend, as he was finally seeing the gap in the Standings decreasing for the first time this year. But, as a massive storm hit the track on Sunday afternoon, Rea missed the chance to make it into a “triple” as Race 2 was cancelled. The Kawasaki Racing Team WorldSBK rider had proved that he still can win, and now he only had to keep up with the momentum for the rest of the season.

Jonathan Rea returned on the highest step of the podium in Imola, but he couldn’t have imagined than in a few weeks he would have experienced one of the hardest moments of his 2019.

The championship headed to Jerez for the six meeting of the season, and at his home round in Spain, Bautista was able to resume from where he had left off before Imola. The Spaniard won Race 1, but what happened behind him left an indelible mark on Rea’s 2019 campaign. With the Pata Yamaha WorldSBK riders once again fighting at the front, the reigning World Champion had to push beyond his limits to defend his points. Michael van der Mark settled in second, and all that Rea could do was to fight for the third position, but Alex Lowes had his same expectations. In a desperate attempt to close all doors to the Brit, Rea collided with him at Turn 13 on the final lap. The Yamaha rider went down, and the Northern Irishman crossed the line in third but later he was penalised by the FIM Stewards and forced to start the Tissot Superpole Race from the back of the grid. Although that Rea continued to impress, and he didn’t lose his hope and all his concentration. The Northern Irishman made an incredible come back in the short race, and he secured the start from Row 2 in Race 2 thanks to a fourth position in the 10-lap competition. Again, on the second step of the podium in Race 2, Rea didn’t know at that time that Jerez was meant to be the beginning of a new chapter for his championship charge. Bautista crashed for the first time this season at his home round in Jerez and failed to take any points. There was still hope for Rea.

It took him eight rounds and twenty races, but in the end, he made it! Jonathan Rea went from being 61 points behind Bautista to lead the championship with 9 points in Race 1 at the Prosecco DOC UK Round as the Spaniard continued making mistakes one after another crashing again in Race 2 in Misano and then in Race 1 at Donington Park. On the other hand, Rea never missed the chance to make the most from those races. With an outstanding performance at his home round, the Reigning World Champion was finally able to put himself back in the lead of the championship, the spot where he has always felt the most comfortable within. From there on, Rea became again the unstoppable rider we were all used to, and after a grand comeback, he was back on the road to a record-breaking fifth back-to-back WorldSBK title.

Relive Jonathan’s Rea road to his fifth consecutive WorldSBK title and all the best moments of the 2019 MOTUL FIM Superbike World Championship with the WorldSBK VideoPass.