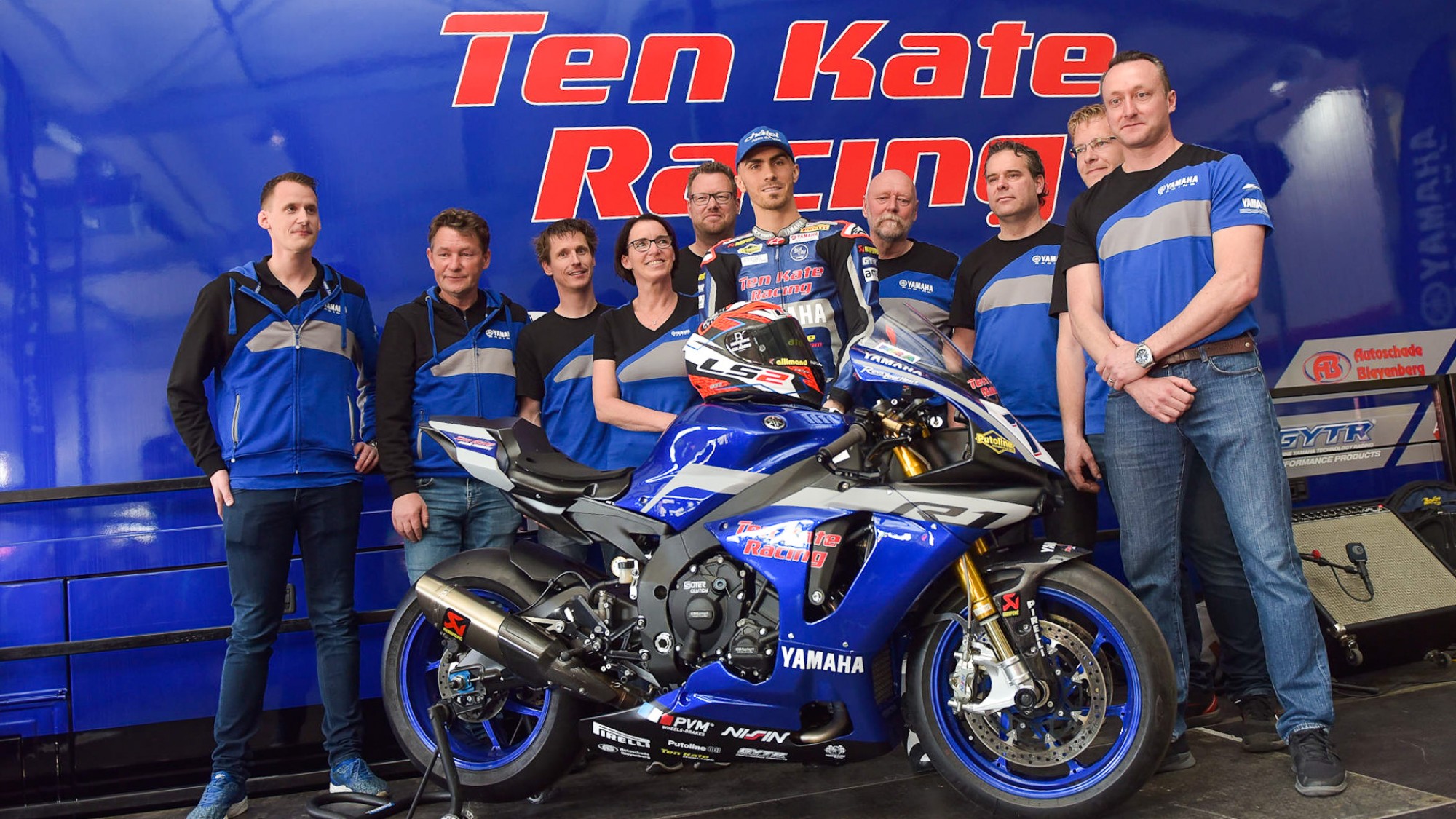 After announcing at the official pre-event press conference of the MOTUL Dutch Round their plans of returning to the MOTUL FIM Superbike World Championship with Yamaha and Loris Baz this year, on the 20th April 2019 the Ten Kate Racing team finally presented their official 2019 colours at the “Pitstopdag”.

The event, which takes place every year at the Ten Kate Motoren’s headquarter in Niewsleusen (The Netherlands), offers lots of exciting activities to the Dutch fans, such as stunt shows and bike expositions, but enriching the program of the 2019 edition, the official presentation of the Ten Kate Racing team took place at the same venue this year.

Eager to return to the series after having contested the 2018 season with BWM, French rider Loris Baz was on stage together with Ten Kate Racing’s team manager Kevin Bos and team principal Ronald Ten Kate, unveiling the 2019 livery of their new Yamaha YZF – R1.

“This is the first time that I am wearing the new leather and that I see the bike. The R1 looks just amazing, and this makes waiting till our first race together even harder for me” commented Baz.

For the 26-year-old this won’t be the first time riding on board a Yamaha machinery, as in 2008 he was crowned STK600 champion after contesting the season with the Japanese manufacturer, and in 2009 and 2010 he moved over to STK1000 riding again aboard the blue machine.

The Frenchman and the Dutch squad will make their official return to the series at the Spanish Round, which will take place from the 7th till 9th June at Circuito de Jerez Angel Nieto. Before then, Baz will have the chance to make a first shakedown test with the Yamaha of the Ten Kate Racing team, as they will be testing at the end of May in Misano.

Don’t miss the return of Ten Kate Racing and Loris Baz at the Spanish Round thanks to the WorldSBK VideoPass.