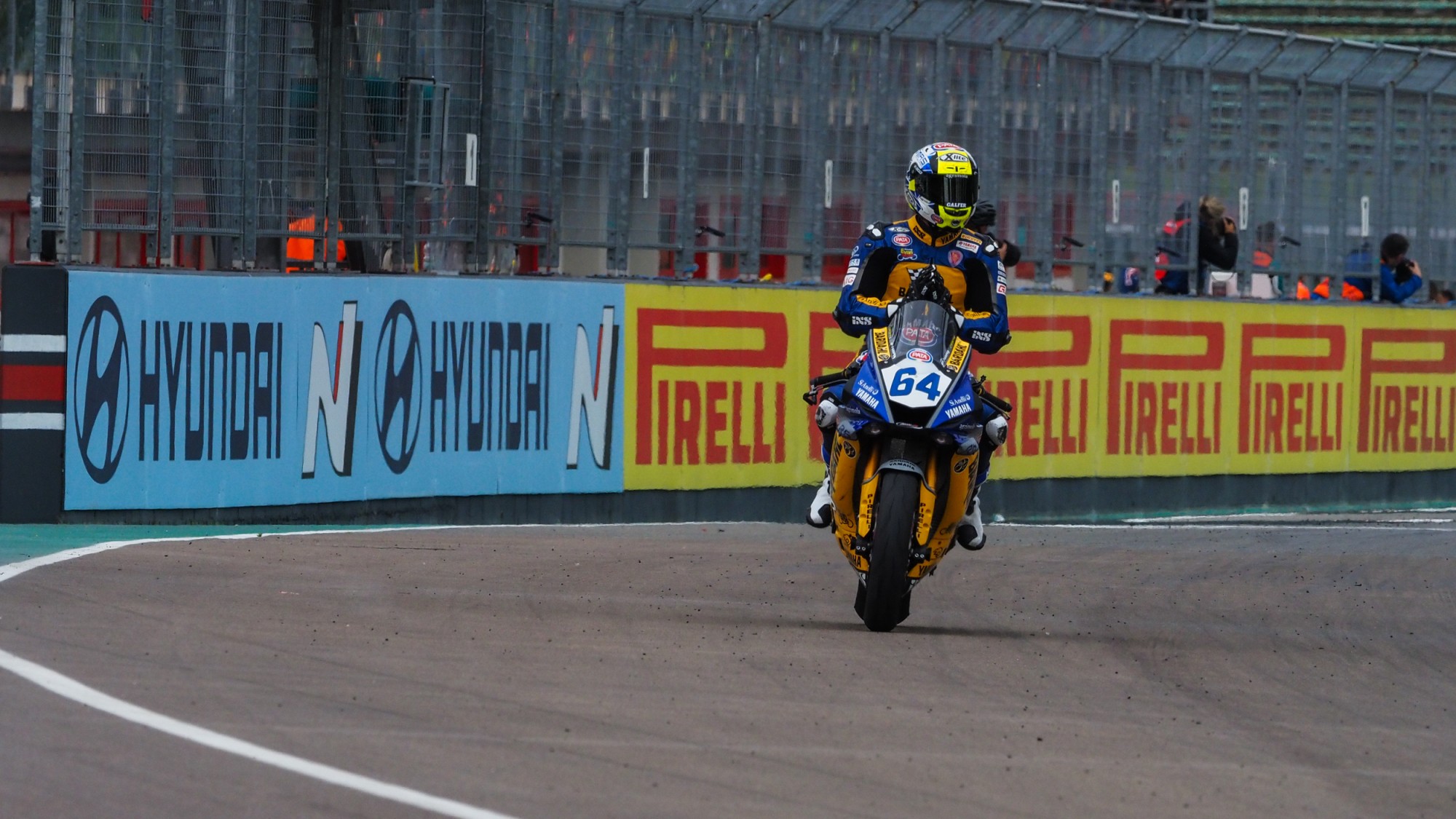 The Italian rider suffered a bike problem in the closing stages to rob him of a win in front of his home crowd!

Federico Caricasulo (BARDAHL Evan Bros. WorldSSP Team) set his sights on home glory at Imola, only to be thwarted by his championship leading teammate on the final lap of the race. The Italian, who is second in the championship, took over the lead from Jules Cluzel (GMT94 YAMAHA) at Imola in the middle of the race, and held it right through to the final lap.

Caricasulo said that there was a technical problem on Yamaha YZF R6, adding to his misfortune in 2019. Having looked like a race winner in the season opening round at Phillip Island, Caricasulo was held up in pitlane with the rear jack still mounted, costing him valuable seconds and subsequently putting him third. It is the second time that Federico has been second at Imola in as many seasons.

Speaking after the race, Caricasulo said: “It was a very good race, I stayed with Randy throughout all of it. In the last two laps, I wanted to make the difference but in the second half of the last lap, I had a technical problem. I don’t know why but my bike switched off. Randy overtook me, and it was impossible to try and get back ahead. It is not good for me because we give him another five points. On Sunday, I was unlucky but maybe next time, I will have more luck!”

It was a bitter end to what had been a great Pirelli Italian Round for the home hero. Had he gone on to win, it would’ve been the first time that the same Italian rider has won two consecutive WorldSSP races since Luca Scassa in the opening two of 2011.

Will Caricasulo be back on top of the podium at Jerez? Find out by getting the WorldSBK VideoPass!