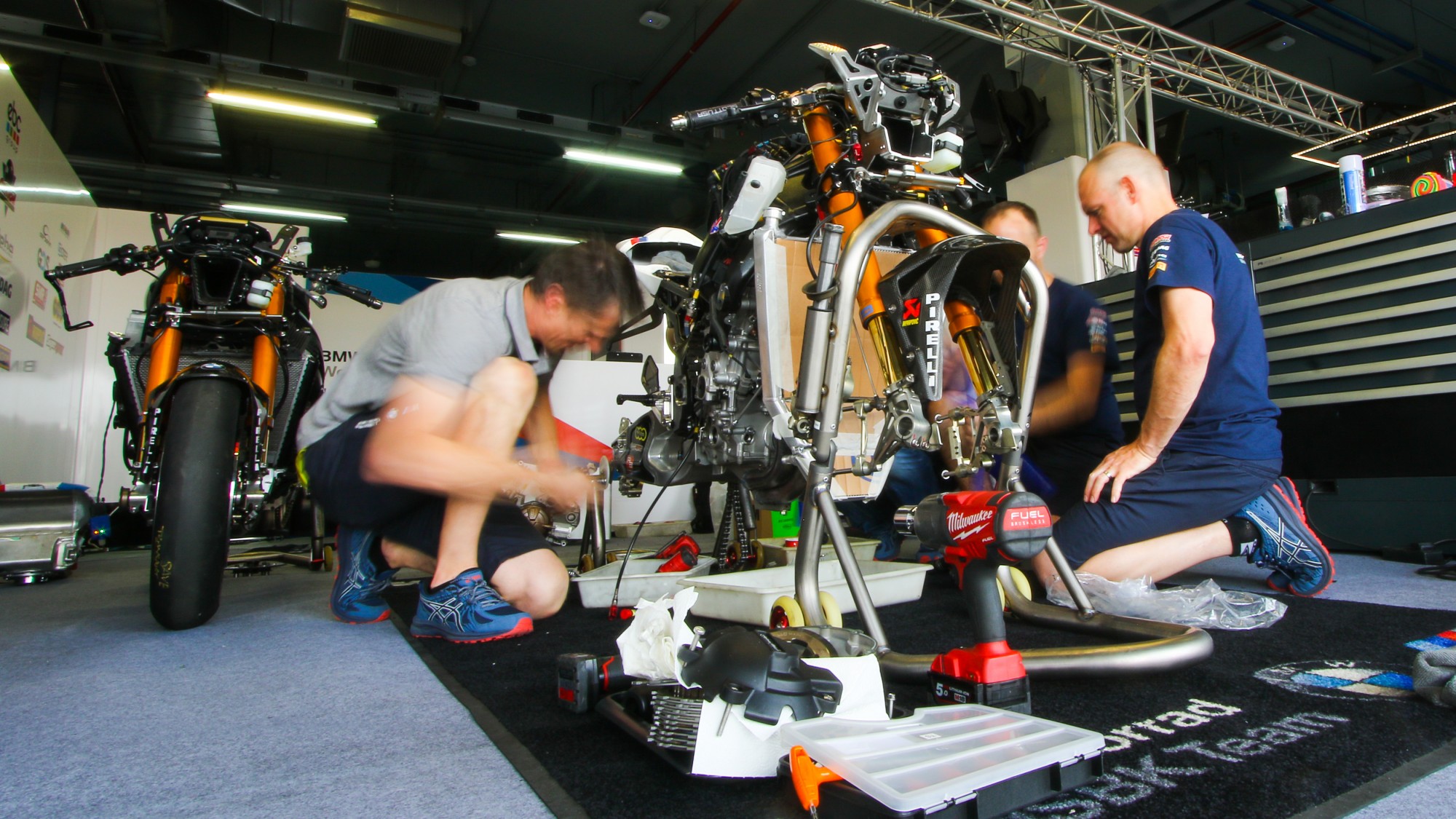 In the first race of the 2019 MOTUL FIM Superbike World Championship, at Phillip Island, Tom Sykes and Markus Reiterberger (BMW Motorrad WorldSBK Team) ranked near bottom in the Top Speed charts, edging out only the two privateer Fireblades. Overall results were in fact quite satisfactory – the Englishman crossed the line in seventh and was in fact amongst the fastest men in certain sectors, whilst Reiterberger finished a respectable 13th – but there were clearly gains to be made.

Nothing is being left to chance in BMW’s full factory return to WorldSBK. With an engine update penciled in for the near future, minds back in the factory were put to work to find out where other gains could be made.

Shaun Muir, BMW Motorrad Team Manager, sat down with WorldSBK.com and talked us through some of the changes that were made on the S1000 RR after the fly-aways.

“We knew from the outset that it was going to take some time to get some of these performance upgrades over the course of the year”, he admits. “In the meantime, we’ve tried to take advantage of making increases wherever we could, that weren’t relevant to the actual engine performance”.

“We’re restricted by the rules about what we can add to the bike. With the rules we have, we can adapt the frame and body work to protrude 25-30mm from the existing production silhouette outline – very marginal gains, but when you’re hunting for a couple of km/h, you’ve got to look at every opportunity, including air scoops, handguards, or the screen itself to suit the shape of the rider.”

Exactly where have the most significant changes been made? “We found two key areas: the handguards at either side of where the handlebar position is, that’s given us some increases; and the inlet towards the bottom of the fairing, where we’re trapping the air. Instead of letting the air pass through the radiator, we’ve been able to adapt these guards, which is basically cleared, and given us a really solid front area where the air moves around the side more easily”.

The development process is quite intricate, including exhaustive tests in BMW’s wind tunnels, using fully leathered and helmet-wearing dummies modelled to match both riders’ respective positions on the bike. Aero awareness is complemented by a focused approach on the tarmac: no time is wasted.

“When we go on track, it normally takes one or two sessions until we know: “yeah, that’s the right/wrong direction””, Muir continues. How is the process this swift? Research, strong support, and an experienced rider: “We tested a number of versions of the swingarm before we put it on the bike, but once it’s on the bike, it’s clear that Tom’s feedback is exceptional. The direction we’ve taken with Tom has given us immediate results”.

The former World Champion himself is open about how enjoyable this fresh experience is: “It’s a clean slate! I feel very lucky that I’m able to be fast and develop at the same time. I certainly have a lot of experience with different manufacturers, from the bikes, to suspensions, tyres, etcetera. I really do feel that this has helped us”.

But let’s get down to the numbers. Sykes began Round Three with 19 points, his German counterpart with 14. Two back-to-backs later, they sit on 54 (+35) and 35 (+21) points, respectively – with star performances for both riders in qualifying and race conditions. A direct consequence of these upgrades, or is it simply that Aragon and Assen were a better fit for the S1000 RR? While stability is probably playing a factor in BMW’s advances, Muir sees further gains from their work.

“In Australia we were probably 15 to 20km/h down on the leading guys. We measured that with the effects of the additions to the fairings we could bring that down to 7-8km/h on the longer straights. When we implemented that at Aragon, we could see that we were still at a deficit, but it was closed considerably”.

“Unless you take the chance to get in a wind tunnel or other areas of development, you’re going to miss the opportunity. We certainly feel that once we get the performance increases through the course of the year, added to this, we’ll be in a very good area with this bike and be able to challenge for the podium”.

Watch Muir and Sykes discuss the new S1000 RR and follow all the action from the World Superbike season with WorldSBK VideoPass.