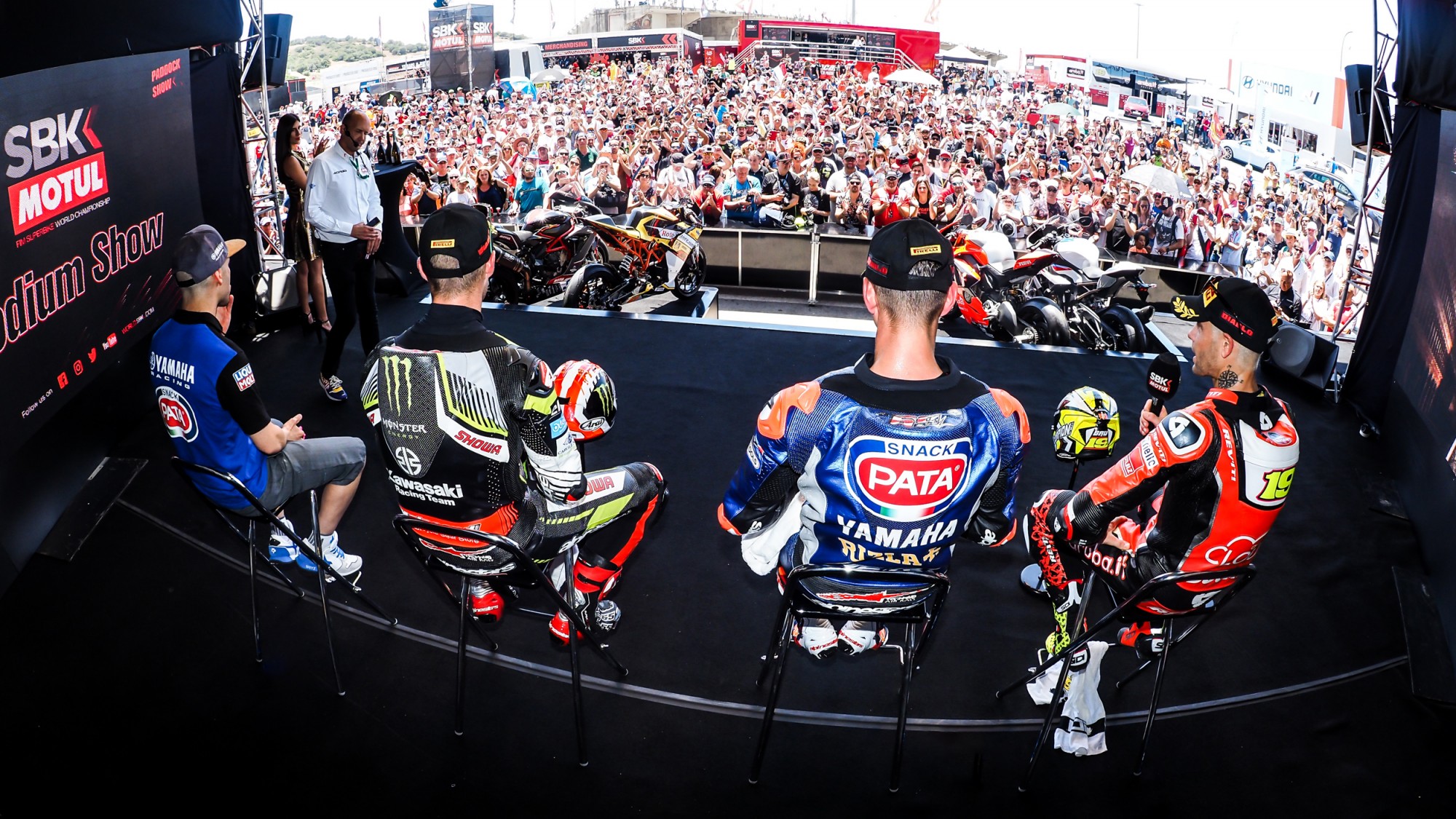 “Maybe people have pushed me too much!” – Alvaro Bautista (ARUBA.IT Racing – Ducati)

Despite the fall, Alvaro Bautista maintained his jovial personality and his charismatic sense of humour when speaking to Spanish broadcasters, DAZN. The Spaniard, who crashed out of the lead in Race 2 at Jerez, was hoping for another WorldSBK triple but shrugged off his racing accident. But he can’t afford rest on his laurels, as the others are chasing him down, particularly with Michael van der Mark (Pata Yamaha WorldSBK Team) winning. If he thinks they’ve pushed him too much now, the heat is only going to become fiercer for the championship leader.

The 2013 WorldSBK Champion spoke in-depth to worldsbk.com about his personal life, his achievements and what he wanted from his career. The 33-year-old from Huddersfield in the north of the UK stated his intent for wins in the 2019 season too, whilst also reflecting on what could’ve been, had it not been for “brain-out” riders that cost him championships in 2012 and 2014. At Jerez, Sykes matched his best result with a fifth in the Tissot Superpole Race, whilst achieving his fourth consecutive top ten finish – something he’d not achieved whilst with BMW.

Chaz Davies certainly didn’t hold back as he slammed Marco Melandri’s attempted overtake at Turn 5 during Race 2 as a “d***head move.” The two looked like they’d be battling Toprak Razgatlioglu (Turkish Puccetti Racing) for the final position on the podium but a pass from Melandri resulted in contact and the two former teammates on the floor with no points scored. However, Davies continued, saying: “Marco being Marco, he won’t apologise, it’ll be my fault for whatever reason,” which Davies forecasted correctly.

Despite being knocked off on the final corner of the first race by Jonathan Rea (Kawasaki Racing Team WorldSBK), Alex Lowes took to Twitter to joke about the nature of the incident – which was just the start of a torrid weekend for the British rider. After a fair, clean race-long battle with Rea, a mistimed pass by the reigning four-time WorldSBK Champion left Lowes in the gravel. Shrugging off the crash with “that’s racing” when reviewing the incident, Lowes and Rea look set to continue their battle in Misano.

If ever the phrase ‘a bit of a character’ described any of the WorldSBK stars, Jordi Torres would be the first name to pop into your mind. The flamboyant ‘Spanish Elvis’ capped off a mixed weekend with a brace of top eights in the Tissot Superpole Race and Race 2 but was left in need of better results whilst maintaining his positivity from the Acerbis Spanish Round in an interview with worldsbk.com after the final race of the WorldSBK weekend.

Watch more great WorldSBK action at the Pata Riviera di Rimini Round with the WorldSBK VideoPass!