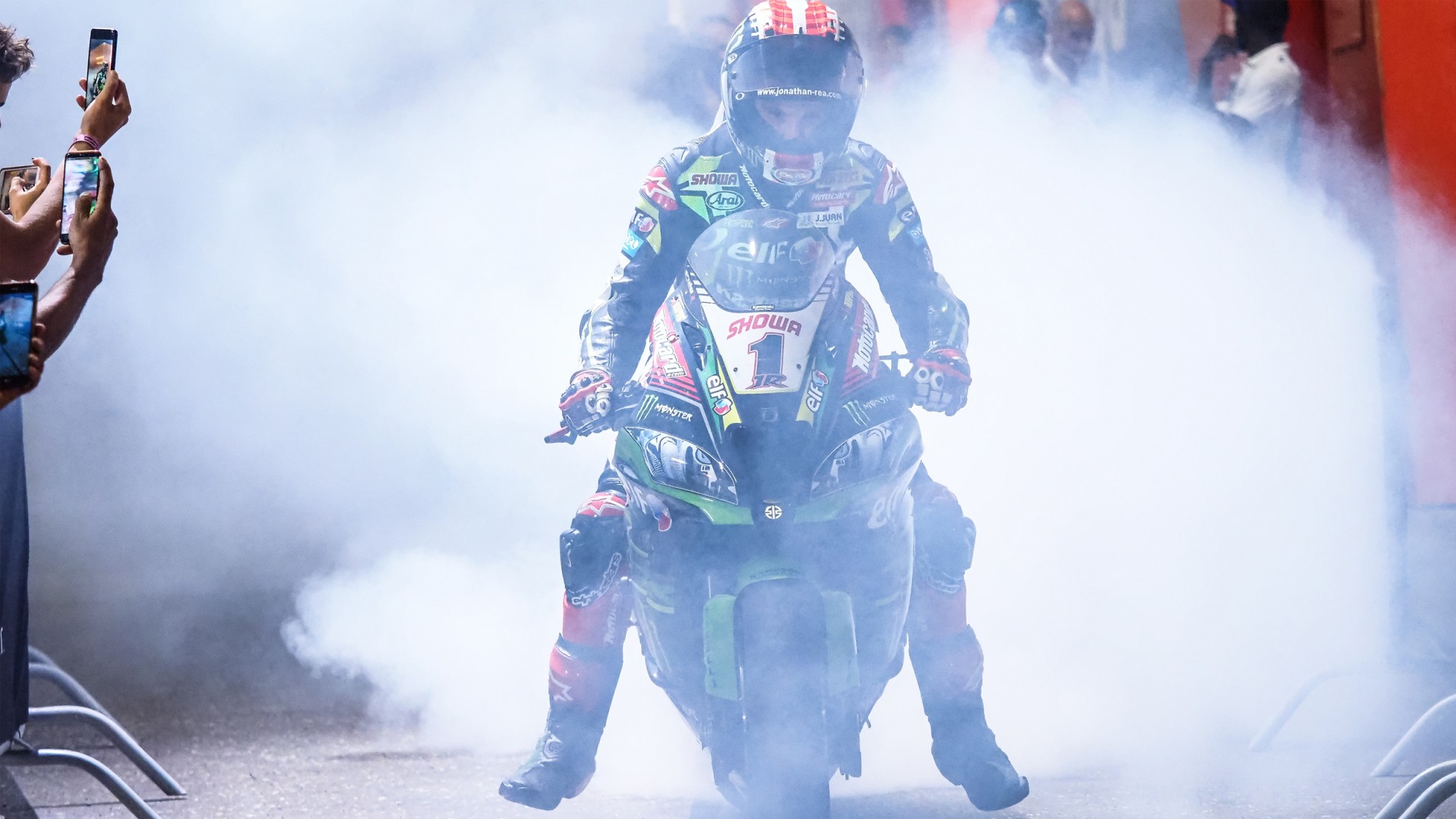 Losail International Circuit set the stage for the final round of the 2019 MOTUL FIM Superbike World Championship, welcoming this year for the first time ever all three categories on track. With the WorldSSP World Title still to be assigned and WorldSSP300 riders debuting on the floodlit racetrack, the MOTUL Qatar Round soon became a spectacular event with loads of drama and outstanding racing action taking place on its 5.380 m of tarmac.

2019 has been a year to remember for Jonathan Rea (Kawasaki Racing Team WorldSBK). Not only he became the most successful rider in WorldSBK. 5 World Titles and 88 wins are just a few of the numbers that mark his sensational career. Signing off from 2019 in style, Jonathan Rea dominated the weekend by starting from pole Race 1 on Saturday and winning all the three WorldSBK races in Qatar! The reigning World Champion was able to secure the same number of victories as the previous year as he closed his 2019 with 17 wins at his name as 2018. But, most importantly, it was a year with no mistakes as he was able to score in all the 2019 37 WorldSBK races.

The 2019 WorldSBK Championship didn’t just see one battle taking place in its 13 rounds. Apart from the riders, manufacturers were also ready to prove their supremacy in the world-famous production-based motorcycle world championship. When the new campaign began in Phillip Island back in February, Ducati arrived with a clear purpose: bringing back the World Title to Bologna. Bautista (ARUBA.IT Racing – Ducati) and the new Ducati Panigale V4 R machine had proven to be a winning match, but too many mistakes ruined their plan. With Jonathan Rea (Kawasaki Racing Team WorldSBK) keeping his consistency all year and with another success in Race 1 in Qatar, he was able to secure a fifth back-to-back World Title for Kawasaki.

The battle for third rages on!

With the 2019 WorldSBK World Title having long been assigned and Bautista settled in the second position, only the name of the 2019 bronze medalist was yet to be confirmed. It was a three-man battle for the third spot of the 2019 championship podium, with Alex Lowes and his teammate van der Mark (Pata Yamaha WorldSBK Team) separated by just 1 point before the Qatar Round and Toprak Razgatlioglu (Turkish Puccetti Racing) close behind them. For both the Dutchman and the Turkish rider the Motul Qatar Round had been challenging, while Lowes, determined to finish his season on a high, was able to consolidate his third position ending third in both Race 1 and the Tissot Superpole Race to complete the 2019 WorldSBK World Championship podium.

Randy Krummenacher is the 2019 WorldSSP… Championator!

The 2019 FIM Supersport World Championship ended after a spectacular showdown under the dazzling lights of Qatar. With three-man still challenging for the title, it was a big fight from the very first corner until the final lap. Still included in the championship title challenge, Jules Cluzel (GMT94 YAMAHA) was the man that took the lead immediately, while the Championship leader Randy Krummenacher and his teammate Caricasulo (BARDAHL Evan Bros. WorldSSP Team) lost some ground after the start. The Frenchman tried his best, but soon Lucas Mahias (Kawasaki Puccetti Racing) came strongly from the back to steal him the lead. Caricasulo and Krummenacher attempted to rejoin the battle for the podium, but both were trapped in the mix. With Cluzel finishing second, and his teammate closing just in front of him in fourth, Krummenacher was able to lift the Championship trophy as he clinched his first WorldSSP World Title in Qatar!

For the first time since its introduction in 2017, the FIM Supersport 300 World Championship joined WorldSBK and WorldSSP in Qatar. The World Title was already in the hands of Manuel Gonzalez (Kawasaki ParkinGO Team), but the battle for second was still open. Twenty-nine riders took it to the track at Losail International Circuit providing another spectacular close race. In the end, it was Scott Deroue (Kawasaki MOTOPORT) to win the final race of 2019, closing just 0.010 s ahead of his teammate Koen Meuffels, while Italian Ieraci (Kawasaki GP Project) took his maiden podium by finishing third. With Carrasco (Kawasaki Provec WorldSSP300) only fifth after an all-Kawasaki battle with reigning World Champion Gonzalez and Ieraci, it was Scott Deroue to secure the silver medal for 2019, while Carrasco closed the season third overall.

Relive the 2019 season finale and prepare for more action in the 2020 MOTUL FIM Superbike World Championship with the WorldSBK VideoPass.