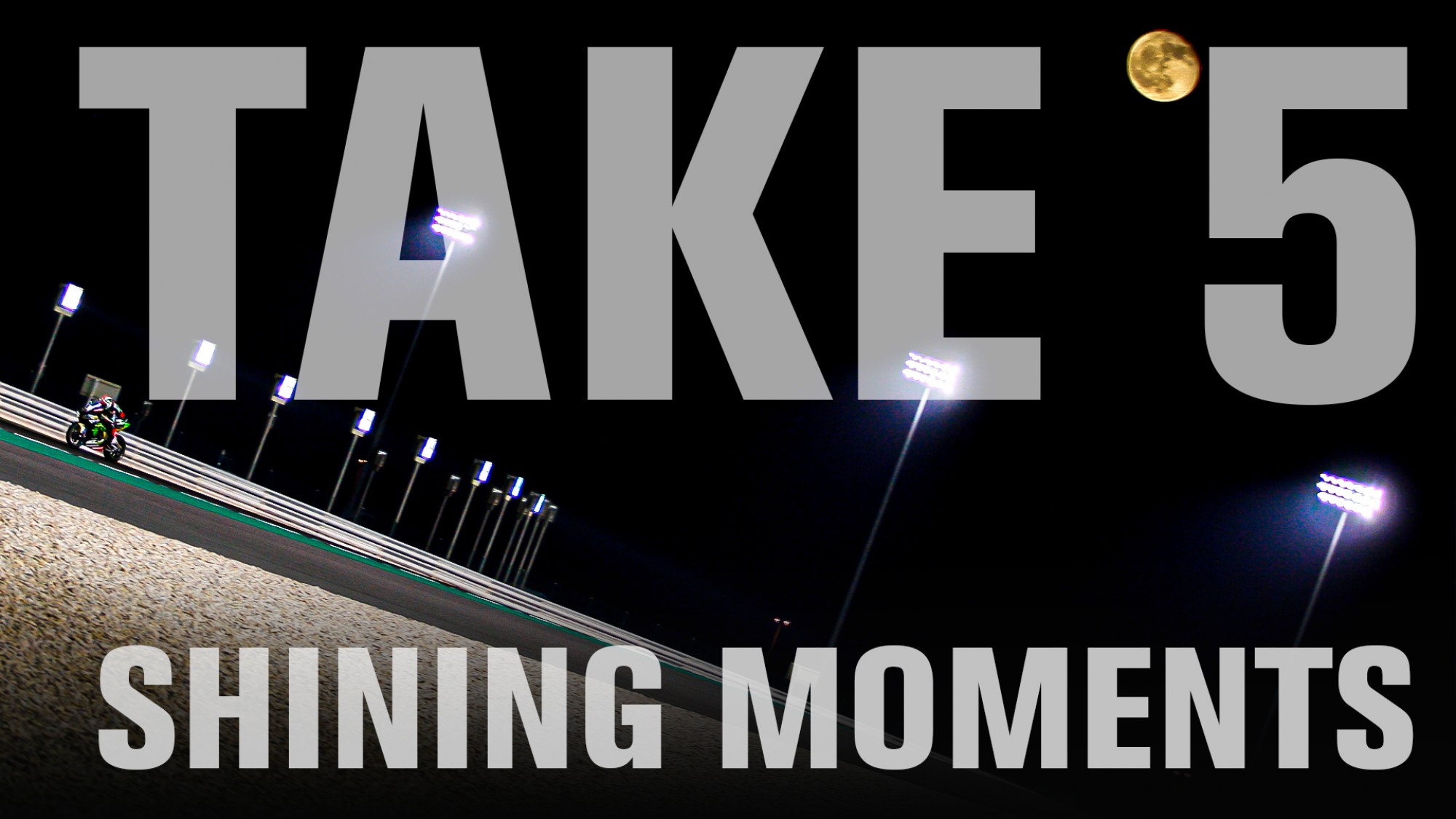 The Losail International Circuit: gorgeous in the daytime, an absolutely enthralling experience at night. In 2014 the MOTUL FIM Superbike World Championship returned to the Qatari racetrack after a few years away, but the reencounter came with a twist: gone was the blazing sun that Toseland, Biaggi, Bayliss or Spies dominated under, and in came the floodlights and the darkened skies.

Losail was also set that year as the final racetrack on the calendar, a spot which it has reclaimed every year since. Since, coincidentally, every WorldSBK race since 2014 is available to watch on WorldSBK VideoPass, why not take a trip around memory lane and revisit the sunset showdowns in Qatar?

Tom Sykes was the great dominator for much of the 2014 season, but a late-season resurgence by Aprilia left him under threat going into the final round of the year. The 2013 World Champion needed two second-place finishes to remain as the top dog of WorldSBK, even if Sylvain Guintoli took the double. Feasible, yet anything but a foregone conclusion.

And in Race 1, that advantage all but disappeared. Guintoli won, Sykes was third – with his teammate Loris Baz in-between. Team orders were reportedly ignored or misinterpreted, a war of words would later engulf both men, but whatever happened the reality was now this: Sykes now needed to beat Guintoli in Race 2. That didn’t happen and Kawasaki were defeated – a sentence which, five years on, is yet to be repeated.

Aprilia dominated once again one year later, although on this occasion Jonathan Rea had made sure that the title would out of anyone else’s reach. Leon Haslam would emerge victorious from Race 2, but it was Race 1 that threw out the biggest surprise as his teammate Jordi Torres, a rookie in the series, stole his first – and to date only – win from the Champion himself. After a poor start, the ‘Spanish Elvis’ reacted like a hound dog, closing on the leaders in an epic few final laps and destining Rea and Sykes to the heartbreak hotel.

2016 – Rea wins the championship… And the runner-up spot?

Out of his now five World Championships, Rea has won just one in the final around. That would be 2016, and here it was already all but a foregone conclusion. Tom Sykes needed to win Race 1; he finished fourth, Rea was second and that was the end of it.

But the runner-up spot in the championship was still on the line in Race 2 between Sykes and Race 1 winner Chaz Davies. Again, the Ducati man grasped hold of the lead while Sykes was held back in third, Rea the only man able to match the Welshman’s pace. Sykes needed his teammate to pass Davies or to allow himself through into second. And shockingly, the latter is what happened: unable to beat Davies, Rea gave up over four seconds in the final lap to allow the Yorkshireman through just before the chequered flag.

This year the World Supersport title will once again go down to the wire, just like the two seasons before. The first of those was truly momentous: Lucas Mahias and Kenan Sofuoglu arrived at Losail with a 20-point gap between them, after the Turkish legend had been forced to miss the two previous rounds through injury.

Tenth would have been enough for the Frenchman to win the title; but he didn’t want the easy route. Fighting off Cluzel by 23 thousandths of a second, Mahias scored his second win of the campaign, while Sofuoglu raced to a positive, if lonely, third. This would be his final podium in the series, number 85, still twice as many as anyone else.

And that leads us to one year later and one of the greatest (THE greatest?) finales in the history of the championship. The build-up from Australia to Argentina was epic: Mahias and Krummenacher’s strong start, Sofuoglu’s Imola retirement, Cortese and Cluzel clashing on several occasions before crashing at Portimao, Mahias’ mad post-race struggle in Portugal… It all led to something that can be summed up in one sentence: Cluzel vs Cortese, winner takes it all.

Words can barely describe how intense these 12 laps were. It’s a classic worth revisiting every year as a Losail tradition; the final lap alone boasts the kind of drama that many Hollywood blockbusters would kill for. Do yourself a favour, and treat yourself to the race in its entirety.

Every race since 2014 is available to be re-watched on WorldSBK VideoPass!