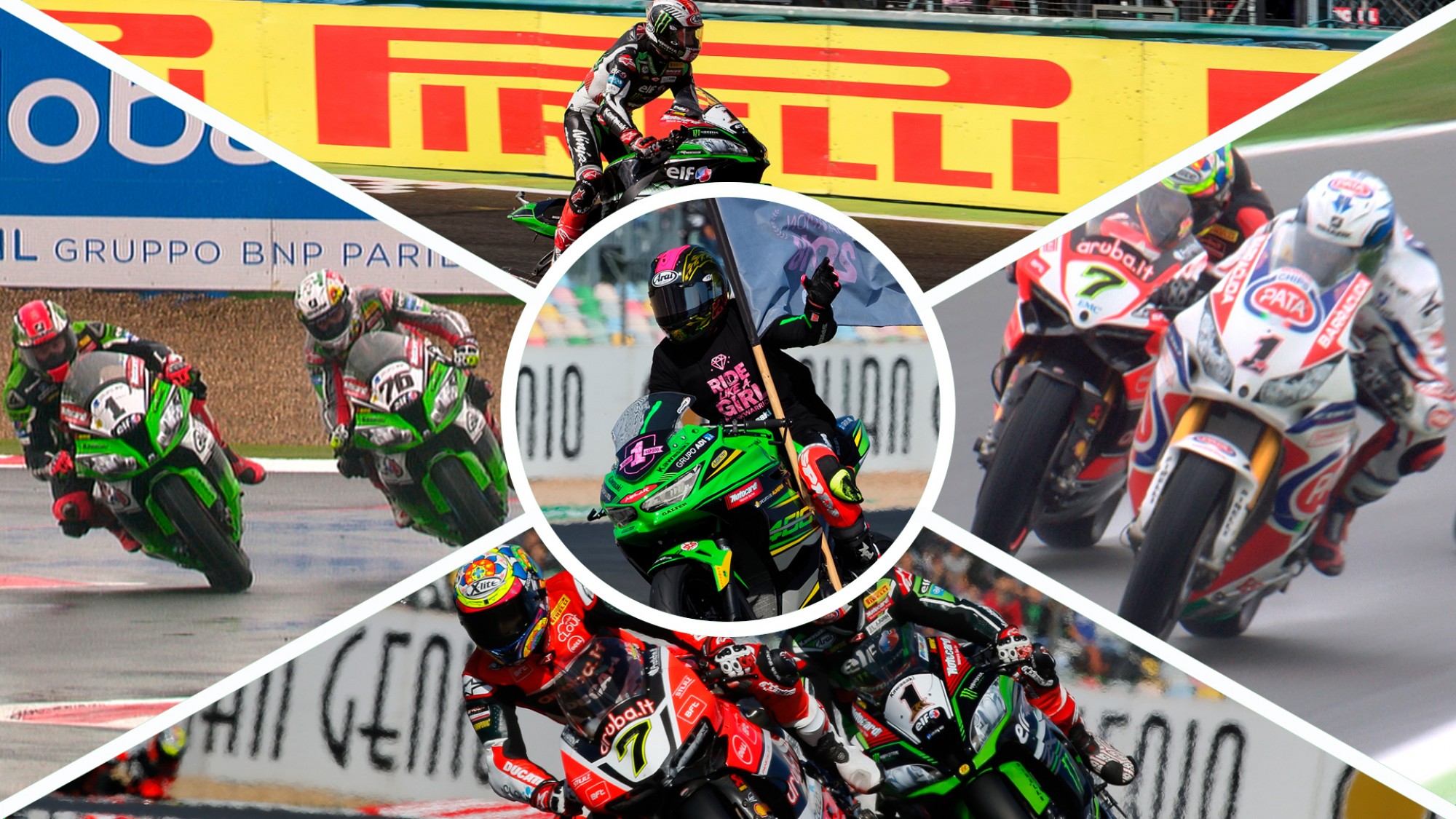 Incredible on-track rivalries to champions breaking records and making history, Magny-Cours has seen it all!

Circuit de Nevers Magny-Cours first came on the WorldSBK calendar in 1991 but has been a part of the calendar in permanent fashion since 2003. Witnessing champions being crowned and some phenomenal racing, whilst also hosting home heroes and inclement weather, Magny-Cours has seen many key moments in recent seasons that are just unforgettable. What awaits in 2019?

The 2014 World Superbike championship was a fight right until the end, with drama occurring at Magny-Cours as the season wound down before Losail. In Race 1, Marco Melandri, who led the race until the final three laps, let teammate and home-hero Sylvain Guintoli into the lead – a crucial moment in clinching the championship at the end of the year. Further behind, it was home-hero Loris Baz who was forced to let his championship-leading teammate Tom Sykes ahead – team orders certainly came into play.

However, Race 2 would not be the same and Marco Melandri romped home to win, ignoring signs from his pit board to tell him to drop a position. Luckily for Guintoli, it wasn’t enough to cost him the 2014 championship, as he went on to take what are to-date, his last wins in WorldSBK in Race 1 and 2 at Losail.

Sylvain Guintoli returned a year later to Magny-Cours, this time on a Pata Honda, where after a difficult 2015 season, he wanted to put on a show in front of his home fans. Going from the second row of the grid and having to deal with Jonathan Rea, Tom Sykes, Chaz Davies, Leon Haslam and his own teammate, Michael van der Mark, Guintoli worked his way on the podium, finishing third, behind Jonathan Rea and Tom Sykes. It would be his last podium for over a year, until he was third at Losail with Yamaha.

Davies starts his run of wins in 2016

2016 may have looked almost over after domination from Jonathan Rea, but Chaz Davies’ incredible late season run of form saw him take the championship to the final round of the season. Davies’ run started at Magny-Cours, with him taking a double victory at the technical and tricky French circuit. This would see him come back into the championship battle for a brief moment, as he showed his credential as a championship challenger in the future. Can Magny-Cours kick-start a strong end to 2019 for Davies?

As the 2017 season came to a close, Jonathan Rea entered the penultimate European round of the season with a chance to wrap up his third WorldSBK crown. He did exactly that on Saturday in Race 1, achieving a new record as nobody had ever clinched three consecutive WorldSBK crowns in the illustrious history of the championship. He didn’t stop there however, as a year later, he was champion again at the same circuit. Magny-Cours really does have a tinge of French romance for the reigning WorldSBK champion.

The records kept occurring at Magny-Cours, as Ana Carrasco entered the final race of the WorldSSP300 season in a position to clinch the championship victory, although she would have to come all the way from 25th on the grid to do so. An incredible final lap saw her in 13th place, not looking good enough to win as Mika Perez led – meaning he would take the title overall. However, Dani Valle took the lead at Lycée corner on the final lap, denying Perez victory and the championship. 13th for Carrasco was good enough after all, as she became the first woman to take an FIM solo World Championship. She heads to Magny-Cours in 2019 to try and keep it alive.

Watch all the action across the Pirelli French Round with the WorldSBK VideoPass!