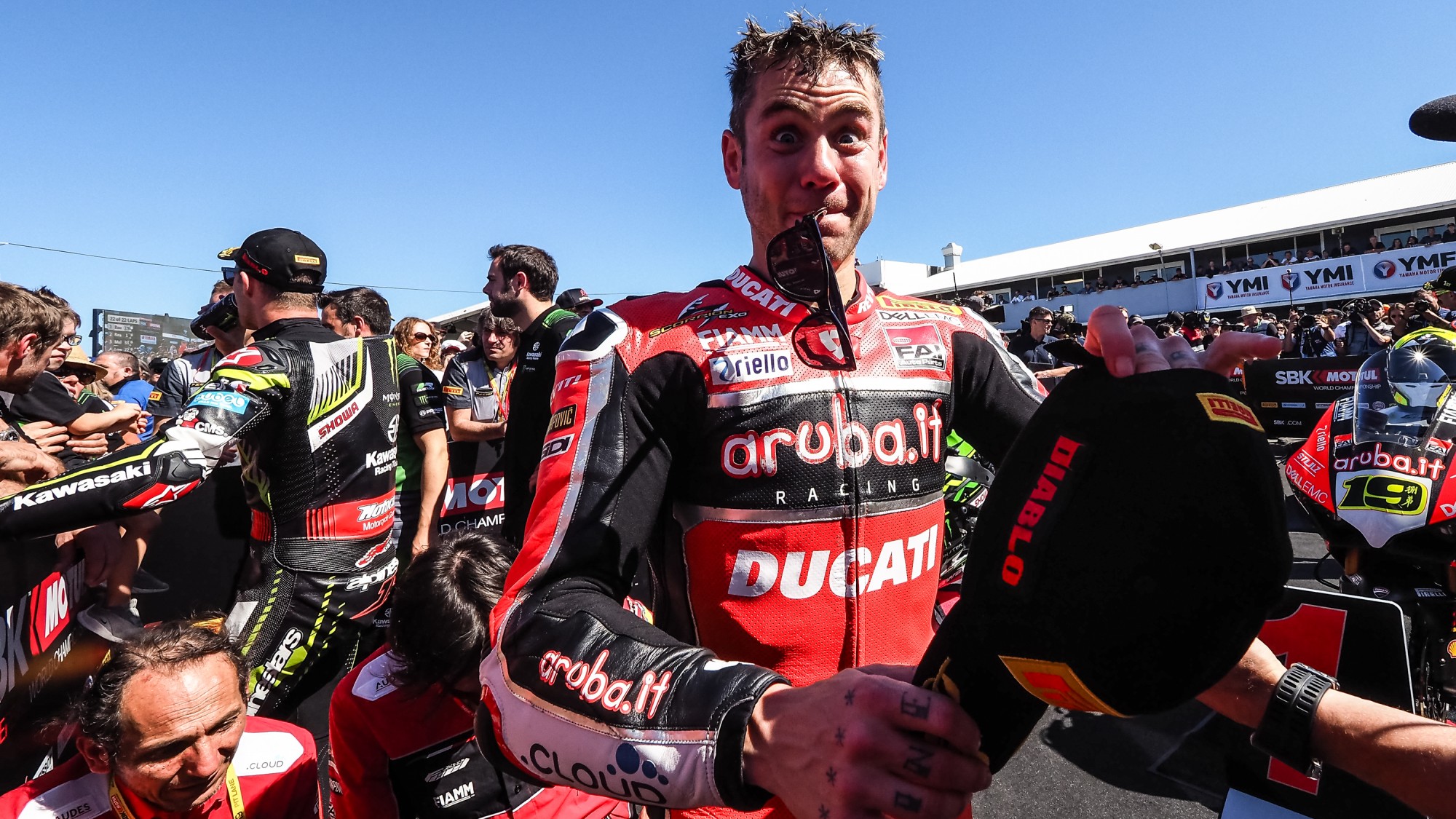 What was your favourite moment from the inaugural round of 2019?

Where were you when Álvaro Bautista (Aruba.it Racing – Ducati) cruised to a triplet of wins in his first-ever World Superbike weekend? How many jaws dropped as the Ducati’s lead increased to 15 seconds inside that very first Race 1? Everyone goes into Phillip Island expecting a bunch of surprises and a few tweaks to the order, but this was something else. Here’s the key five moments from that February weekend when the script was thrown out the window.

Well, where else would you start? Speculation was rife coming into this race, particularly after Bautista topped the timesheets in that week’s official tests. But then Superpole came and went, and it was the Kawasaki bikes back in full control, Jonathan Rea and Leon Haslam leading the Ducati on the grid for Race 1. Win number 12 on the trot for the Northern Irishman seemed like a safe bet. Until the lights went out.

By the end of lap 1, Bautista had managed to pull ahead and open a half-second lead. 21 laps and one chequered flag later, the final difference was 14.983 – which could have been more. Like Usain Bolt’s iconic celebration in the 2008 Olympics, Bautista slowed down through the final few metres on the main straight, relishing the moment, the attention, the relief. He didn’t need to push 100%; in fact, not doing so amplified the message. There was a new, red-clad sheriff in town, and he was taking no prisoners.

A bold return… with a bitter ending

With no questions asked about first place, attention shifted to the battle for second, which featured Rea and teammate Haslam – with the reigning British Superbike champion ahead. This was ‘Pocket Rocket’s first race back as a full-time WorldSBK competitor since 2015. Few would have guessed it however as he dueled head-on with his four-time World Champion teammate.

Haslam even seemed to have the edge over Rea until lap 13, when it all collapsed for the 2010 runner-up. One single slip and Haslam went down dramatically, the dream of a perfect return shattered, his teammate now in the driving seat for second place. Podiums in the next two races would follow, but always behind Rea, as has been the case for all but one race since.

Anticipation was high for the first ever Tissot Superpole Race. Ten laps, no time to strategise, no second thoughts. All-out, no-punches-pulled racing. Even with Saturday’s Ducati domination, surely over half-distance this would be no walkover?

Bautista won, but the journey was what mattered. This was the first time we saw him and Rea go toe-to-toe, fighting with all their might even with half-points on the line. Late braking, slipstreams, unorthodox lines – this was brief, breathless, and a fantastic showcase of the format. Welcome to the family, Tissot Superpole Race.

Melandri and Yamaha, together again eight years later. A near eternity in racing terms, however not a second seemed to have passed when the Italian rider picked up his YZF R1 for the first time in Race 1. It was also the debut of the GRT Yamaha WorldSBK squad, but who would have said it? Melandri beat both factory Yamaha riders to take the manufacturer’s first podium of the year, a return beyond the expectations of many.

It should have been a BARDAHL one-two right out of the gate. Randy Krummenacher and Federico Caricasulo (BARDAHL Evan Bros WorldSSP Team) were head and shoulders above the rest in Australia… Until it was time for the mandatory pit stops. Krummenacher’s was seamless; Caricasulo’s was anything but. While Krummenacher strolled on to become the first championship leader of 2019, his Italian teammate departed from the pit lane with the stand still latched onto his rear wheel; even with a post-race sanction for Jules Cluzel (GMT94 Yamaha) – second – Caricasulo was unable to complete the dream debut for the yellow bikes.

Want more? Relive the entirety of the Yamaha Finance Australian Round with WorldSBK VideoPass!