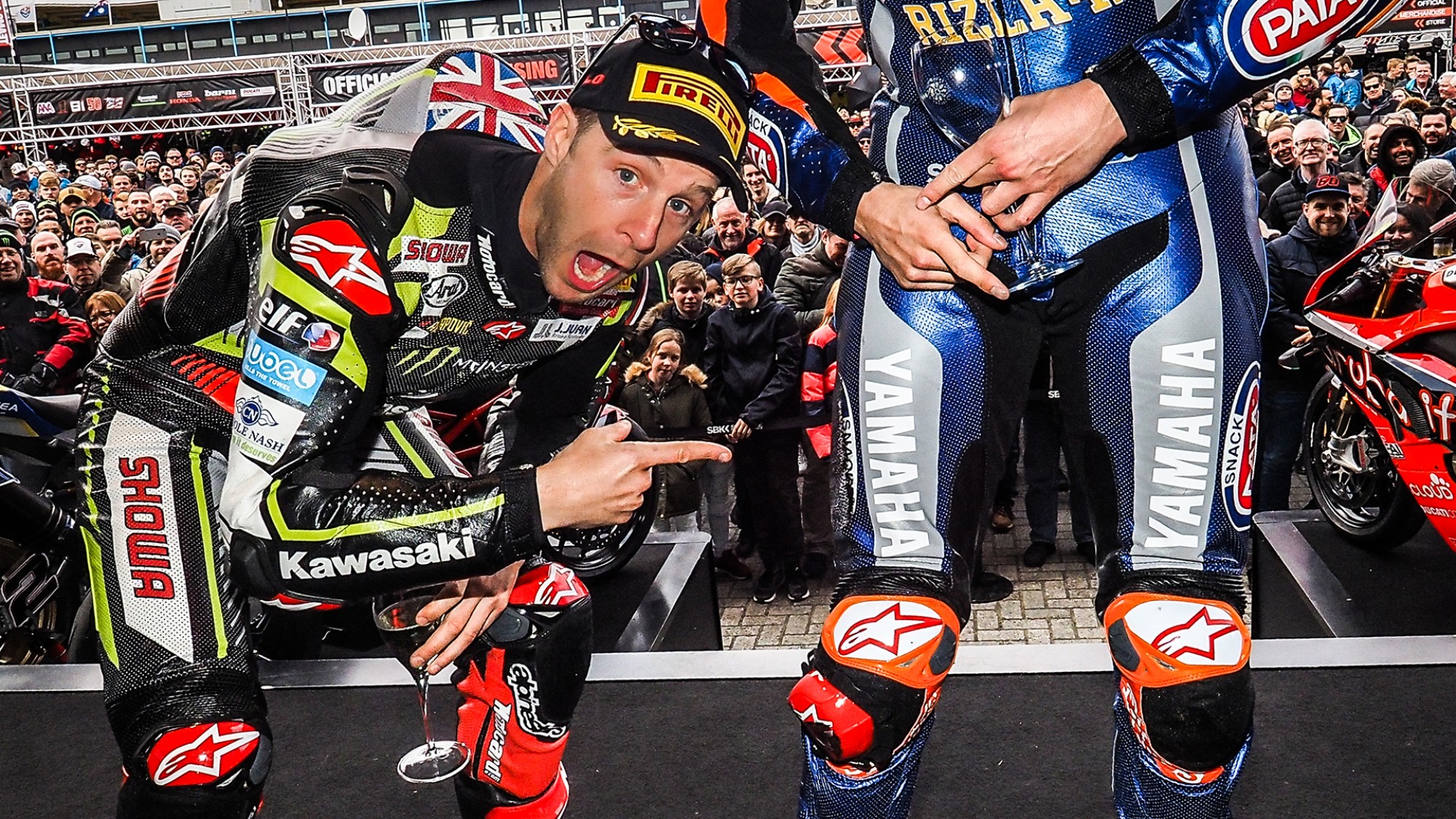 Snow, rain, huge crowds and big battles: there were plenty of talking points as the WorldSBK title race entered the TT Circuit Assen!

Round four of the 2019 MOTUL FIM Superbike World Championship came from a rather inclement TT Circuit Assen in The Netherlands. Having taken nine race wins in a row prior to the event, Alvaro Bautista (ARUBA.IT Racing – Ducati) was beginning to look unbeatable. However, it wasn’t just the Spaniard’s rivals that closed in, it was the weather. Unforgettable at Assen, the World Superbike title race was on, as battles occurred.

From the sun of Australia and Thailand to the windchill of Spain, WorldSBK couldn’t leave the changing weather behind as the paddock rolled into Assen for round four, just a week after the Motocard Aragon Round. The typical Dutch weather had an even bigger surprise in store though, as snow began to fall just before Race 1 on Saturday. With riders unsure of what was happening with regards to the weather, it would eventually lead to the abandonment of the first race day and the cancellation of the Tissot Superpole Race. However, it was back to the format from years ago, with two full-distance races on Sunday providing the Dutch crowd with plenty of action.

Bautista makes it 11 wins, but Rea makes him fight!

After dominance in Race 1, Alvaro Bautista (ARUBA.IT Racing – Ducati) didn’t have it all his own way in Race 2, with Jonathan Rea (Kawasaki Racing Team WorldSBK) reminding the Spanish rookie why he is the reigning four-time WorldSBK champion. Starting from eighth on the grid on the depths of row three, Jonathan Rea surged through the field and by Turn 4, was leading the race. For the first five-and-a-half laps, Rea acted as a road block and bunched the pack up, but eventually and perhaps inevitably, Bautista got ahead and with Chaz Davies (ARUBA.IT Racing – Ducati) momentarily tussling with Rea, with Spaniard was gone. But it was the start of Bautista being rattled.

In the closing stages of Race 2, it became apparent that Jonathan Rea was struggling to hold a strong pace and soon enough, Michael van der Mark (Pata Yamaha WorldSBK Team) had closed down the reigning champion. It wasn’t long before the Dutchman made an audacious move around the outside on the exit of Turn 11, soon putting a small gap between himself and Rea. The race for second place looked like it had gone the 26-year-old’s way, for yet another podium at his home circuit.

However, a determined Jonathan Rea wasn’t done yet, as the Ulsterman fought back on the final lap, trying to get ahead of van der Mark at Turn 10. The two touched as the Dutchman closed the door and despite having a great exit of the final chicane, Rea couldn’t overcome a valiant van der Mark, who took his then-best result of the season.  His best result of the season subsequently meant that, at that moment, it was Rea’s worst. The championship lead opened up even more and suddenly, Jonathan Rea had to start clawing points back.

Returning to WorldSBK after a year out of the championship, Markus Reiterberger (BMW Motorrad WorldSBK Team) showed plenty of promise as he started his 2019 campaign. A strong pre-season testing with the new BMW S 1000 RR and some flashes of brilliance during Free Practices, the reigning FIM Superstock 1000 champion meant business, not looking to remain in the shadow of his former champion-teammate for long. Having qualified in second position after Tissot Superpole, a brace of sixth positions saw Reiterberger flourish and finish ahead of his teammate in both races. A job well done as the season began to unfold.

WorldSSP action gets fierce as the title pendulum begins to swing…

Having not been able to win a race in the opening three races in WorldSSP, Federico Caricasulo (BARDAHL Evan Bros. WorldSSP Team) gave it all to finally come out on top of a brutal battle with his teammate and the rest of the leaders. With this win, the championship battle was firmly on as Imola beckoned. It also proved to be a landmark round in WorldSSP history, with Thomas Gradinger (Kallio Racing) becoming the first Austrian rider in the class’ history to achieve a podium. Lucas Mahias (Kawasaki Puccetti Racing) was also back inside the top five, with Assen proving to be a pivotal round for him too.

Watch more thrilling action in 2019 with the WorldSBK VideoPass!