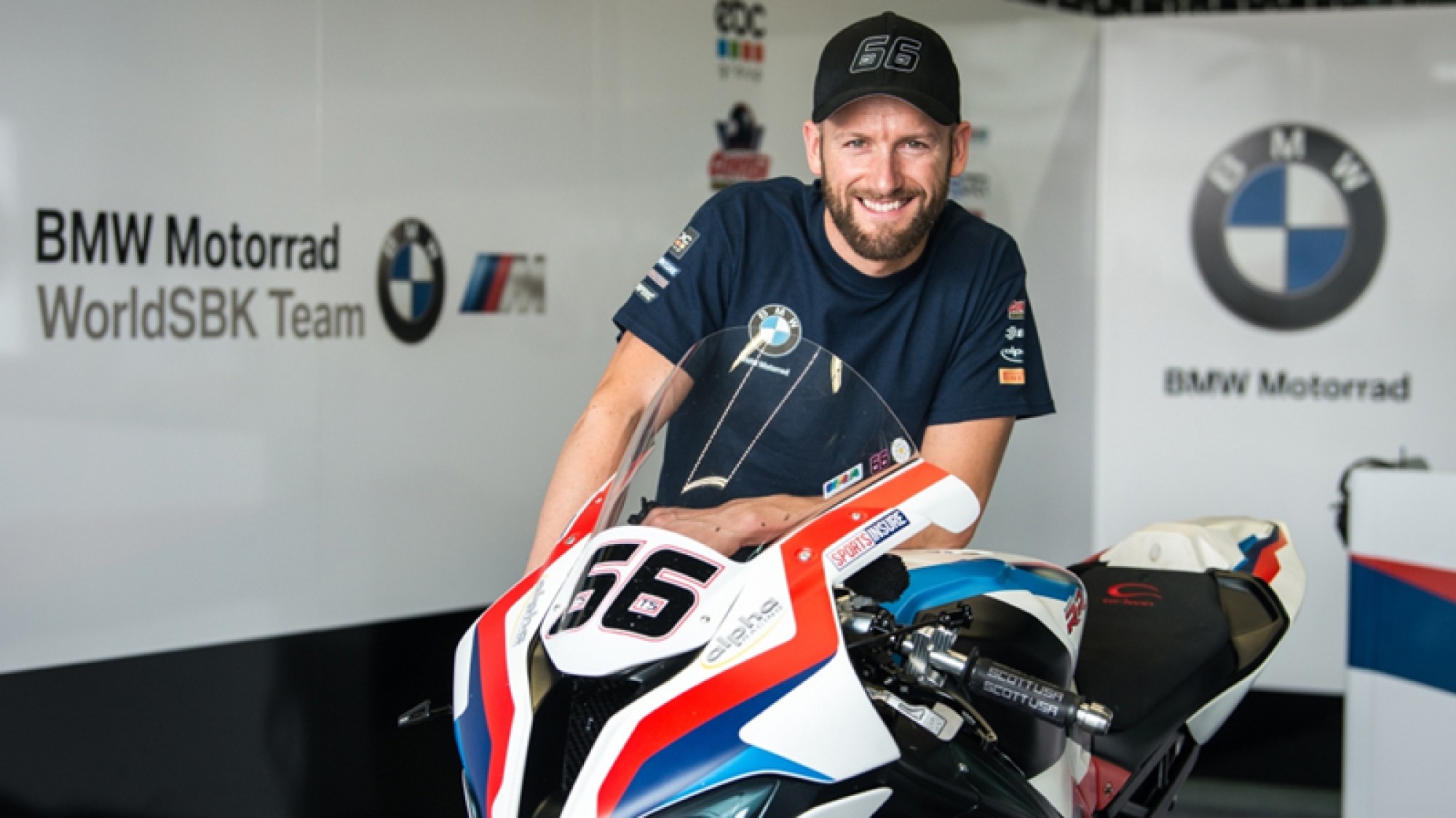 The 2013 WorldSBK Champion remains with the German manufacturer for a second season after positives and progress in 2019!

After a strong start to his life at the BMW Motorrad WorldSBK Team, Tom Sykes will remain at the Shaun Muir Racing-run team for another season in 2020. The 2013 WorldSBK champion has had front rows aplenty in 2019, with a pole position coming at Donington Park; combined with podiums in each of the last three rounds, and Tom Sykes’s development of the S 1000 RR, the Huddersfield-ace will seek to continue his Improvements with the bike for 2020.

Sykes has been strong in his first season with the BMW S 1000 RR, countering a straight-line deficit with phenomenal corner speed, utilising the chassis to the best of its ability. Sykes has also suffered bad luck, with mechanical gremlins in Thailand and also in Imola; the latter robbing him of his first podium. However, his determination and strong will saw him mount the podium for the first time with BMW at Misano, before going on to do the same at Donington Park in the wet from pole position.

Currently eighth in the championship and still in with a good shout of third overall, Sykes has shown his versatility as one of his main strengths in 2019, switching from the Kawasaki Racing Team WorldSBK at the end of last season. However, with a positive year also coming for the factory BMW outfit, renewing their partnership together made obvious sense to continue setting realistic goals that both parties know they can achieve.

Sykes’ teammate for 2020 will be former WorldSBK championship rival, Eugene Laverty (Team Goeleven). The two duelled for the championship in 2013, finishing first and second and will be teammates for the first time in WorldSBK. The strong line-up for 2020 promises to see the pair bring the BMW right into contention at the front, with one of the strongest line-ups on the grid.

Tom Sykes declared: "I’m very excited and proud to be continuing in to the 2020 season with the BMW Motorrad WorldSBK Team. After such a successful year so far with the all new BMW S 1000 RR, which is still very early in its development gives me great motivation moving forward. I really enjoy the development part and we are certainly moving in a strong way. Of course, with the support from the whole of the team and the prestigious BMW brand my expectations for the 2020 season will certainly move higher and back to where I feel most natural. I will also take this moment to welcome Eugene onboard, I am looking forward to having him as a team mate for 2020."

Follow the Acerbis Portuguese Round from Portimao with the WorldSBK VideoPass!