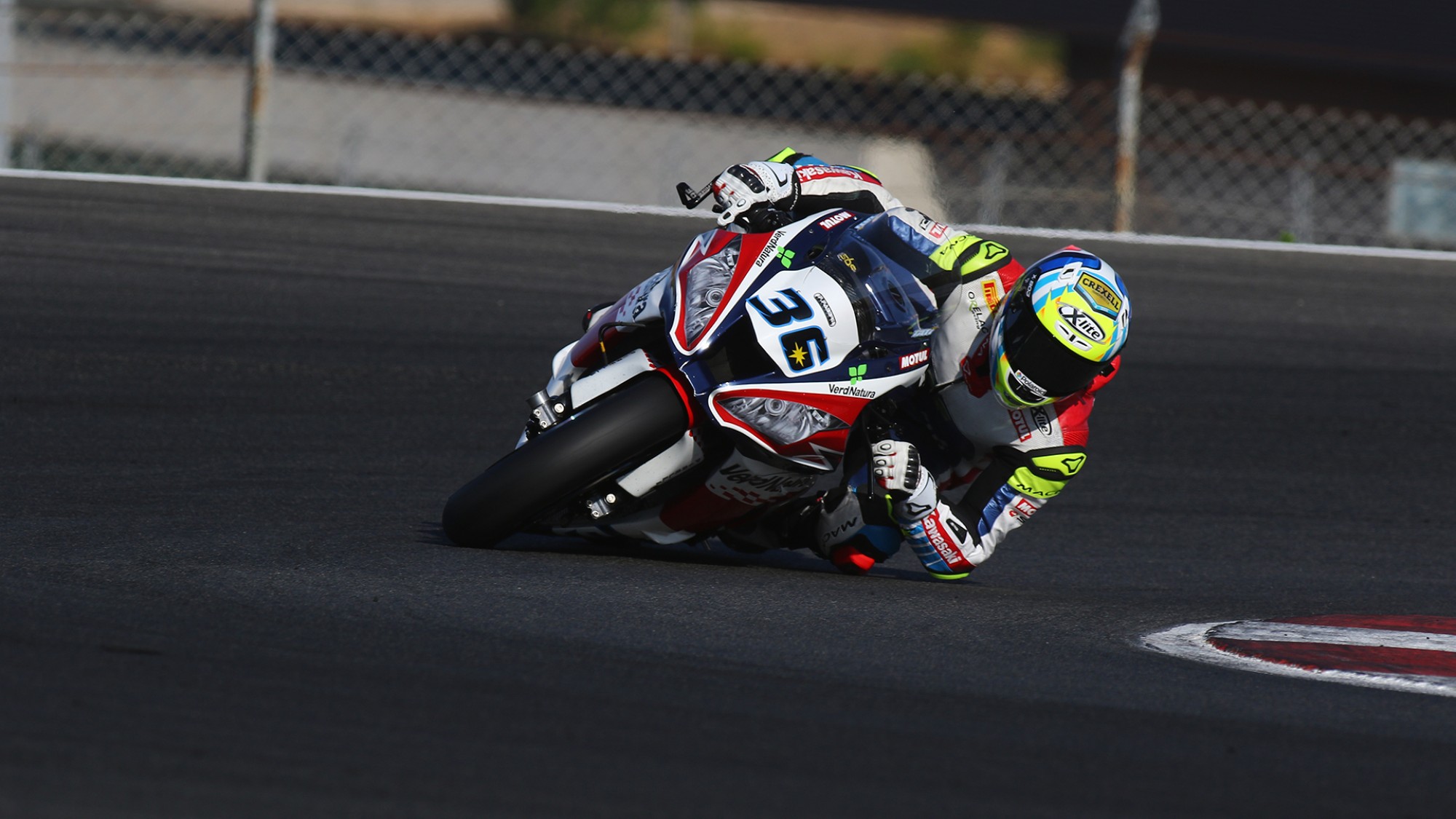 ‘Tati’ looks to fly the flag for Argentina in the best way possible, as he aims to get closer to the leading group on home soil!

There’s nothing quite like heading home and for Leandro Mercado (Orelac Racing VerdNatura), that is something he is looking forward to very much. The Argentine rider heads to the Motul Argentinean Round eager to make up for the 2018 disappointments and to return to the top ten and maybe even more, as an expectant capacity crowd await to give him a hero’s welcome.

The 2019 MOTUL FIM Superbike World Championship has been full of highs and lows for Mercado, a rider who has shown great pace and achieved top six results at times. However, he was also forced to miss a large chunk of the season due to an injury sustained in Race 1 at Aragon. Besides the injury though, Mercado has been in the top ten for the Independent Orelac VerdNatura Kawasaki team on four occasions, and he will want to make it a fifth with a strong performance in front of his legions of fans.

“The truth is, I’m really happy to be racing again in Argentina. I can’t wait to be in San Juan, it’s a very special weekend for me. What I experienced last year was incredible, to feel all the support; the warmth from the crowd all around the circuit was a special feeling. I can’t wait to feel that again this weekend. I’m very motivated and also focused on getting some good results so I can enjoy it with my people.

“The goal is to be amongst the top ten and edge closer to the leading group. Last year, I felt good on track, I didn’t have much luck though. We had issues in racing conditions that harmed our weekend and stopped it from going the way we would have wanted. So, we want to finish this weekend in a better way.”

Mercado was in the points last time out at Magny-Cours, with a 12th in Race 1 and an 11th in Race 2, only fueling his desire to be back inside the top ten (or higher) in front of his home crowd. Whilst being a ‘home round’, ‘Tati’ is from Cordoba, some 590km from the city of San Juan. Nonetheless, he will have the weight of a nation – and indeed the continent of South America – on his shoulders.

Picking up where he left off, Mercado said of his desires this weekend: “I also want to enjoy it, because it is a special weekend for me. That’s our idea for the weekend, to enjoy it and get the most out of our support there.”

Talking about his future in the World Superbike class, Mercado said: “I haven’t signed anything yet for next year. It’s a shame that the team hasn’t decided yet whether to continue in WorldSBK. I’ve had a couple of proposals which I’m looking into. I hope to have something a bit more specific by the end of the season.”

Can Tati pull off a big result to secure his place on the 2020 grid? Find out with the WorldSBK VideoPass!