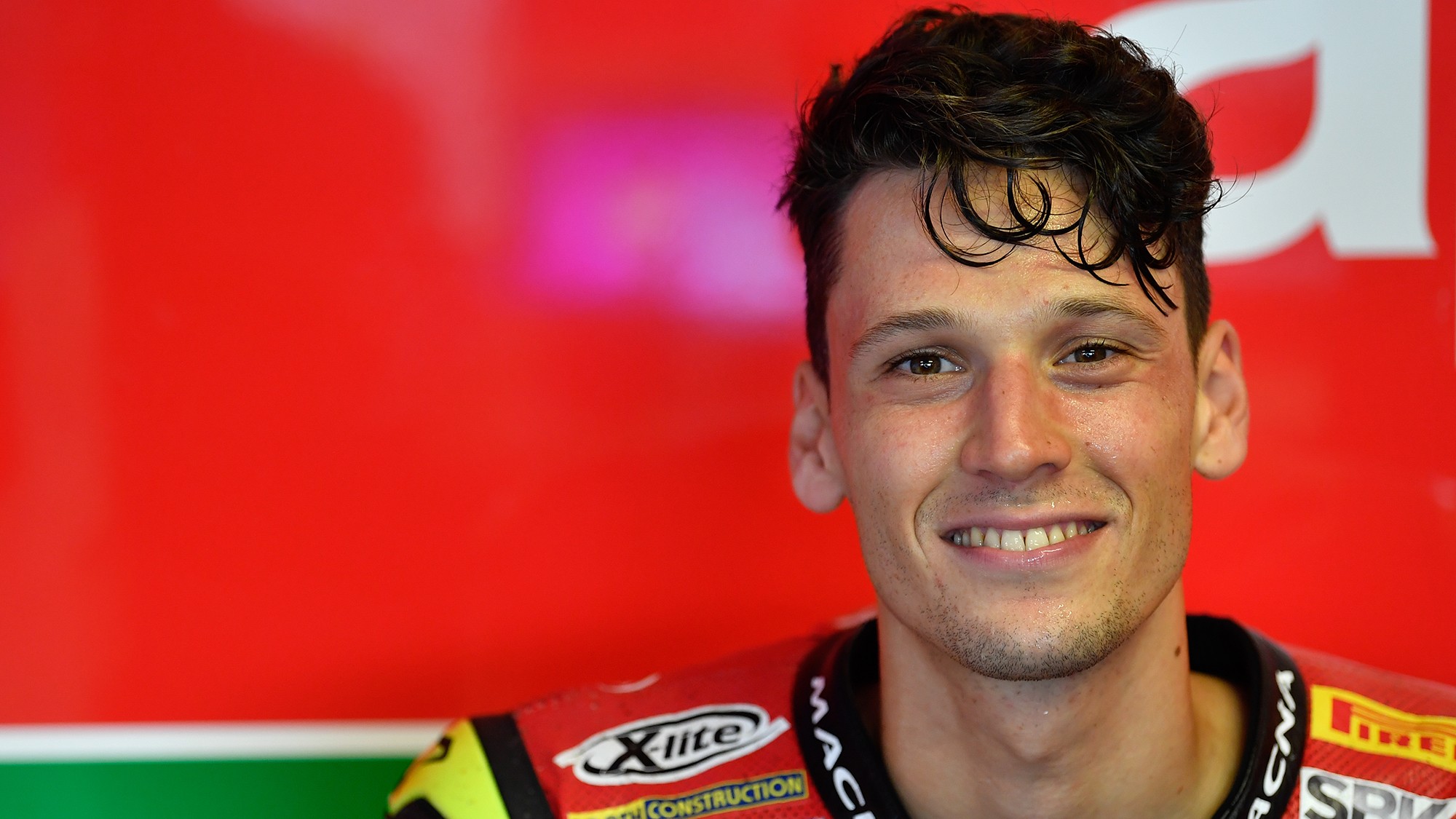 The Italian will return to the WorldSBK grid for two years to go in search of his first podium in the class and bring the independent fight closer to the front!

Former FIM Europe Superstock 1000 champion and top-four WorldSBK race finisher Lorenzo Savadori will make a welcome return to the championship in 2020, joining Jordi Torres at the Team Pedercini Racing outfit. The Italian re-joins the Italian team, having spent the 2014 FIM Europe Superstock 1000 championship with them. With plenty of desire and hope to bring strong results to the Independent team, it is a promising partnership. The team itself expands to a two-bike set-up for the next two seasons, the first time since 2016, signaling the strength and growth of World Superbike.

Lorenzo Savadori first appeared in the FIM Superbike World Championship back in 2016, as part of the Ioda Racing Aprilia outfit. Taking 14 top-ten results, of which a best result of fourth was achieved on three occasions, Savadori remained with Aprilia but joined forces with the Milwaukee team. An injury hit start of the season cost Savadori valuable track time and he failed to better his 2016 season. For 2018 however, the Italian was more prominent at the front, securing a fourth and fractionally missing out on an elusive first WorldSBK podium.

Still at the tender age of 26 and venturing to his second manufacturer in WorldSBK, Savadori has got plenty of potential to fulfill at Team Pedercini Racing. Having spent 2019 competing in the CIV Italian Superbike series – which has yielded three wins – and also the inaugural MotoE™ World Cup, Savadori has been busy during his time away from WorldSBK.

Speaking about his signing with the Team Pedercini Racing squad, Savadori said: “I am really happy to come back to the MOTUL FIM World Superbike Championship and especially on a Kawasaki Ninja ZX10-RR run by Team Pedercini Racing by Global Service Solutions. This is certainly going to be a great adventure and, needless to say, I will give my 100% from the word go. I would like to thank Lucio and all the team that gave me this chance and warmly welcomed me. I cannot wait to get on track to test the bike and work at all the details for season 2020”.

Former WorldSBK rider and team owner Lucio Pedercini has expanded his operations for 2020, what will be the first time in four seasons that his team has a two-pronged attack. Team Pedercini Racing has seen numerous former champions in the set-up, from Vittorio Iannuzzo, Ayrton Badovini and also former WorldSBK race winner, Max Neukirchner. Plenty of experience and determination will combined to propel the Italian outfit to new heights in 2020.

Previewing his 2020 aspirations, Pedercini stated his excitement for next season: “I would like to thank Global Service Solutions for the crucial support they provided us to make the team grow and to extend our presence in the MOTUL FIM World Superbike to two bikes with the arrival of Lorenzo. This is going to be a very interesting challenge and I believe that Lorenzo and Jordi will make a very high-level pairing.

“I have always been watching Lorenzo and, after the years we spent together in Superstock, we never doubted his value. While devising Team Pedercini Racing by Global Service Solutions’ project he was the obvious choice for WorldSBK, and this is why I am happy and proud for welcoming him back in one of the most important historic moments for our team. I send him my warmest welcome to the team, or better, my warmest welcome back."

You can watch the remainder of the 2019 WorldSBK season unfold with the WorldSBK VideoPass!