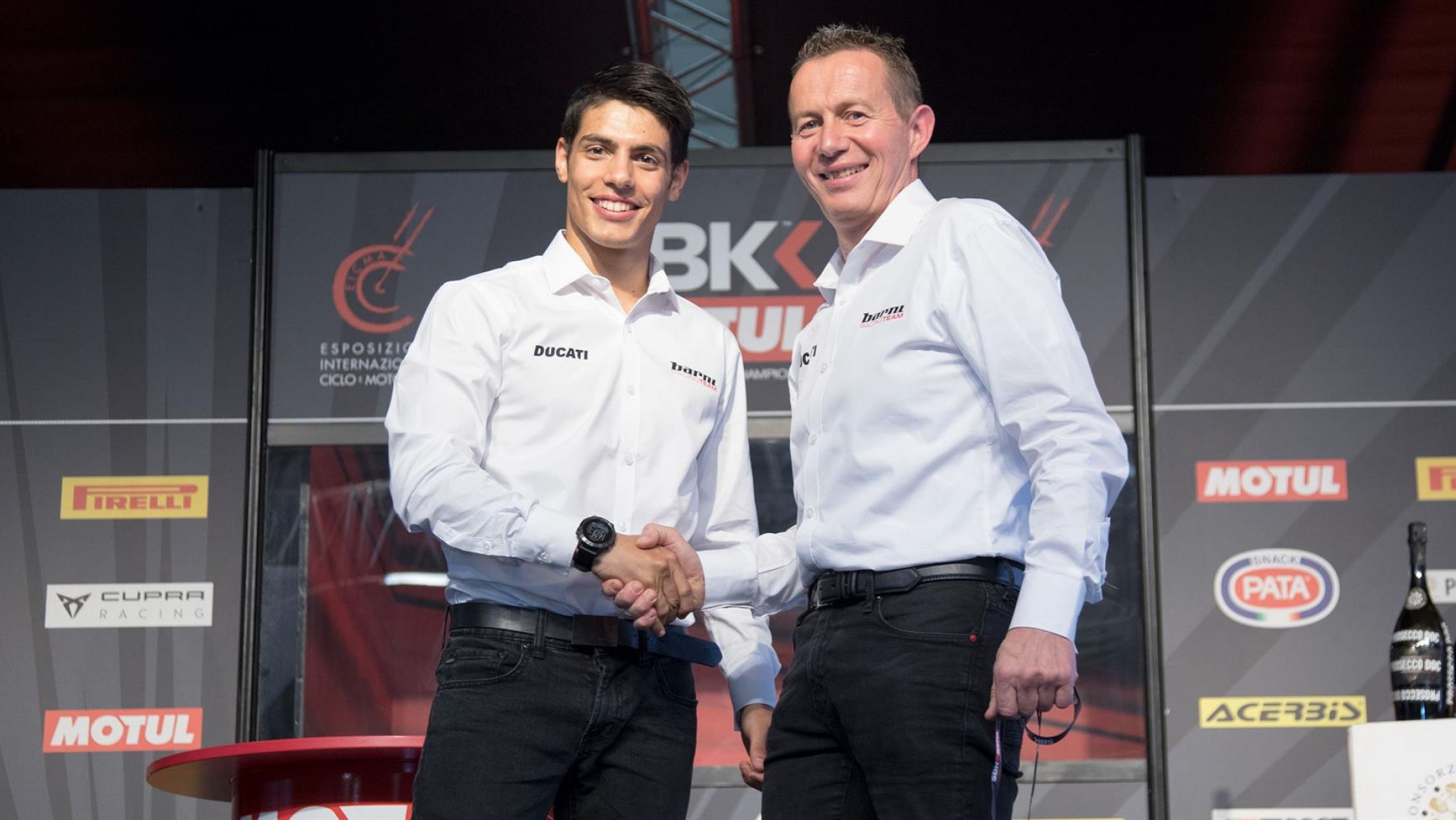 After competing in all the European Rounds of the 2018 MOTUL FIM Superbike World Championship, Michael Ruben Rinaldi is preparing for a new challenge in 2019 as he makes the step over to BARNI Racing Team.

Welcomed over to the Italian based squad next season, it’s the perfect step for the 22-year-old just two years after securing the FIM European Superstock 1000 Championship crown. Competing in 16 races throughout the 2018 season, Rinaldi was able to secure points in every race he finished, on top of seven top nine finishes and a top six around Automotodrom Brno.

Joining the Independent Team World Champions from 2018, BARNI Racing Team will continue to run one bike next season and will hope to continue their strong results obtained this year. Finishing in fifth in the overall standings, there’s no doubt they will be back and fighting with the all new Ducati Panigale V4 R in 2019.

Follow all Rinaldi’s progress with his new team throughout winter testing, as highlights and interviews will be available on the WorldSBK VideoPass.