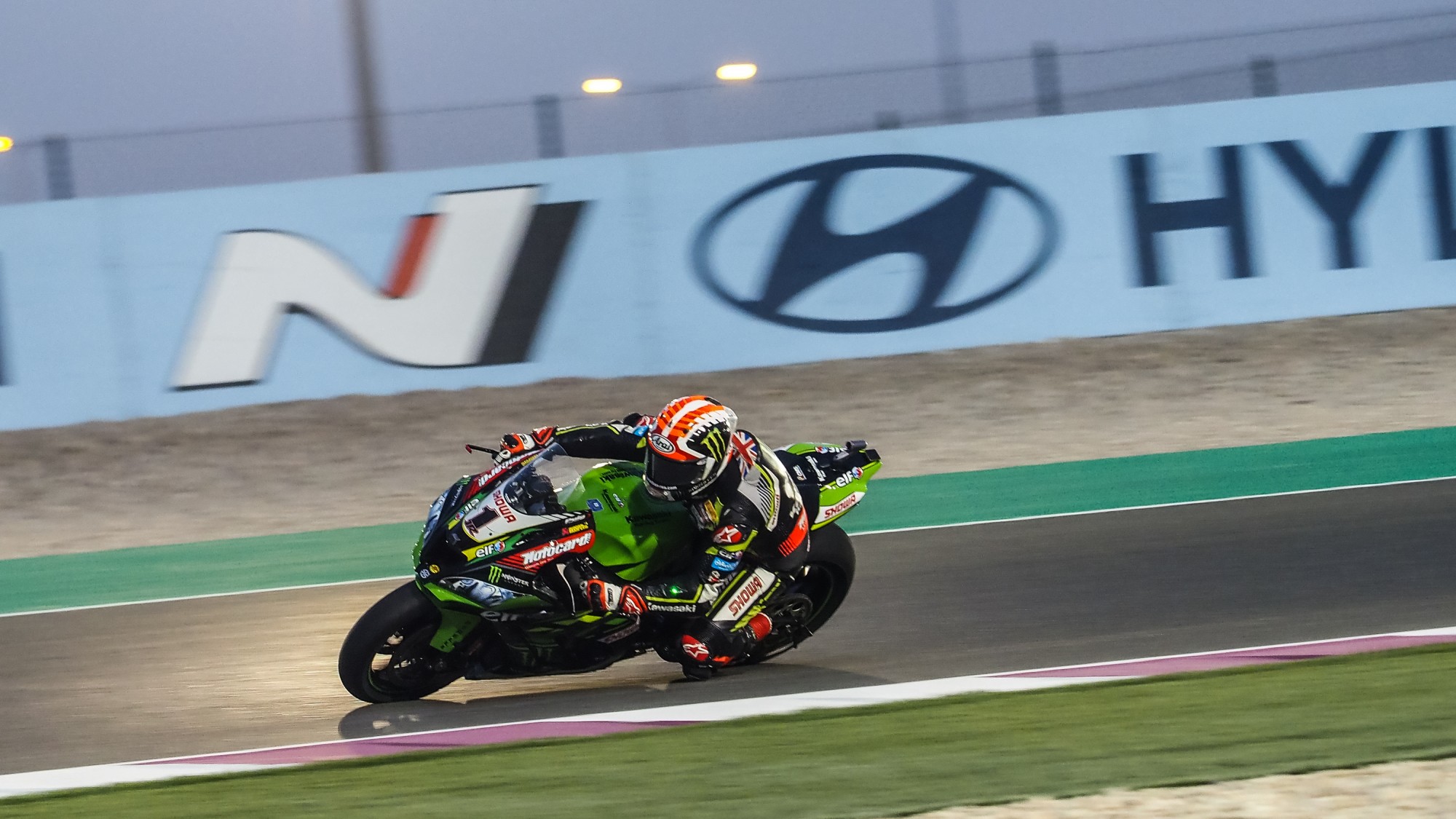 Night time is certainly not the time to sleep as the MOTUL FIM Superbike World Championship field took to the magnificent Losail International Circuit in Qatar for FP1. It was a fast and frantic session which saw numerous chops and changes, eventually resulting in Champion Jonathan Rea (Kawasaki Racing Team WorldSBK) leading the way.

Rea hit the front in the closing stages, storming to top spot after picking up some slipstream down the front straight. The Northern Irishman was ahead of Toprak Razgatlioglu (Turkish Puccetti Racing) who had been running inside the top five for almost the entirety of FP1 before going first. Razgatlioglu, who has been on the podium in six of the last seven races, will look to sign off 2019 with more strong performances.

In the final few moments, Michael van der Mark (Pata Yamaha WorldSBK Team) jumped to third place, ahead of his teammate Alex Lowes, who had a crash at Turn 6 on his final flying lap. All the riders in the battle for third place overall were inside the top four. Sandro Cortese (GRT Yamaha WorldSBK) impressed once more and completed the top five.

Loris Baz (Ten Kate Racing Yamaha) left it late to fire in a strong lap time, with the French rider finishing in sixth overall. Alvaro Bautista (ARUBA.IT Racing – Ducati) was down in seventh and out of position, although the Spaniard was top Ducati. His teammate Chaz Davies crashed at Turn 4 early on but finished eighth overall, ahead of Marco Melandri (GRT Yamaha WorldSBK) in ninth and Tom Sykes (BMW Motorrad WorldSBK Team) in tenth.

Notable names outside the top ten included Leon Haslam (Kawasaki Racing Team WorldSBK), down in 13th; he was just one place behind Leandro Mercado (Orelac Racing VerdNatura), who crashed at Turn 6 at the start of the session. Jordi Torres (Team Pedercini Racing), a former winner at Losail, was only 17th.

Follow all the action across the three days with the comprehensive WorldSBK VideoPass!