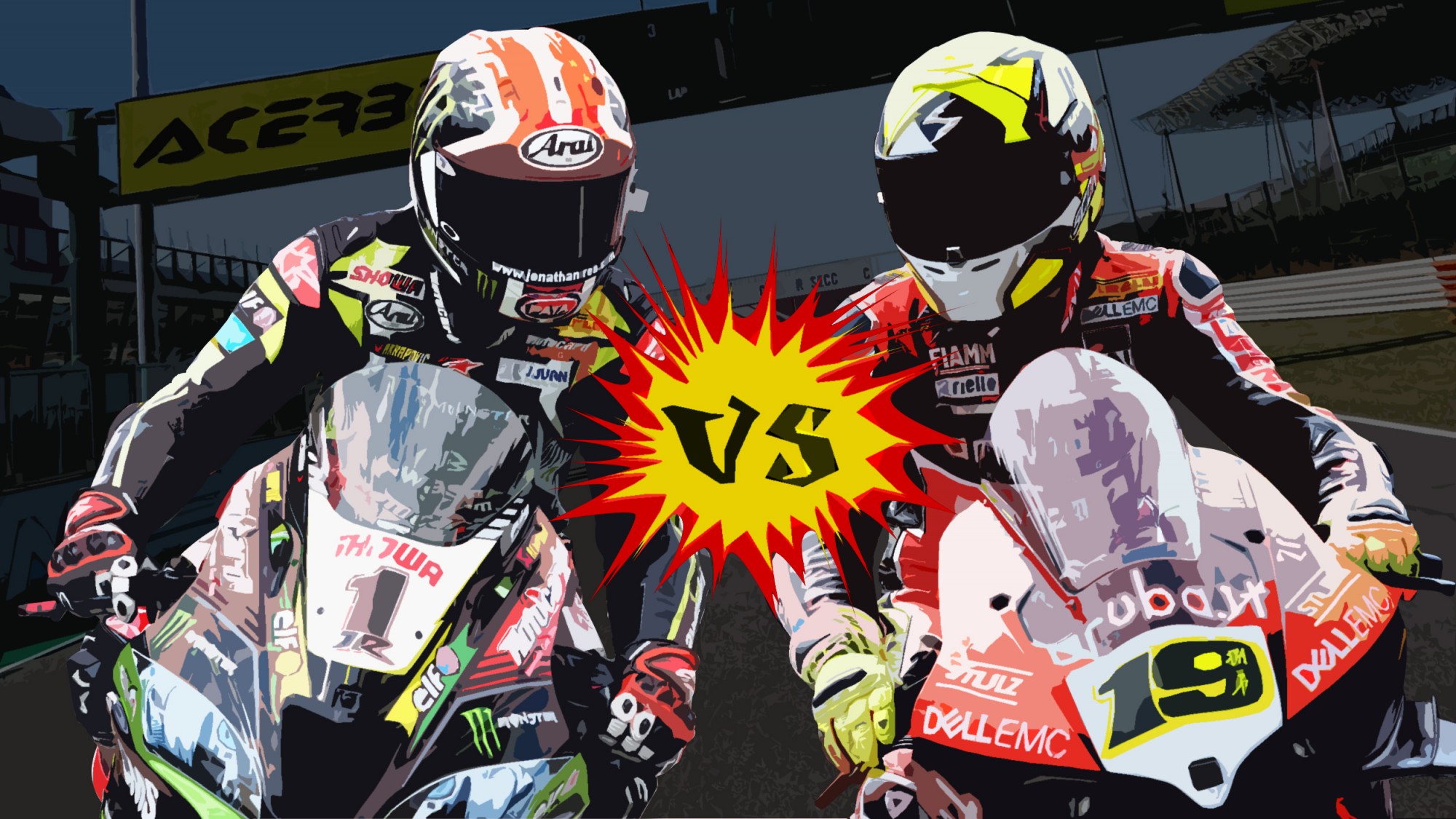 A fascinating 2019 WorldSBK title race is on, with huge point swing in recent rounds proving to be pivotal: but what is in store?

In 2019, there’s been a swing of 85 points in favour of Jonathan Rea (Kawasaki Racing Team WorldSBK) occurring over the last eight races, knocking rookie Alvaro Bautista (ARUBA.IT Racing – Ducati) off top spot, which looked so safe just a month ago. Championship swings in World Superbike have happened many times before, often with high drama.

What lies ahead this year? In 2009, Ben Spies hit the front halfway through the season, but the battle raged on; a decade later and the same pattern is emerging. Out of the circuits remaining, Alvaro Bautista hasn’t raced at three of them. Portimao, Magny-Cours and San Juan, although he will have amassed many testing miles in Portugal and the Argentine circuit in San Juan is still new to everyone.

The title pendulum has the potential to swing one way and then the other, with the high-speeds of Portimao and the hard-accelerating areas of Magny-Cours something that could suit the Ducati Panigale V4 R. But just because Alvaro may win battles, he may not win the war: consistency wins championships and that is something he has not been the best at in comparison to Jonathan Rea.

In 1998, Carl Fogarty won a third WorldSBK crown with just three wins, but consistency allowed him to remain in contention. Following his home round at Brands Hatch, the gap had only shrunk to 34 points and the number of races left was six, before an incredible fightback saw Foggy pinch the Championship by just 4.5 points.

It is far from over, as mistakes happen, and bad luck can strike at any moment. A poor Tissot Superpole could see one of them mired down field and caught in someone else’s accident, or drama in the races, like we’ve already seen, could hugely impact on your points tally. It has happened countless times before and could happen again. Rea has been known to make a mistake or to have been caught up in other riders’ accidents in the closing stages of a season before, and in 2019, he can’t afford that.

Colin Edwards took a second WorldSBK Championship win against the odds in 2002. From 53 points behind after Race 1 at Laguna Seca, Edwards dominated the final rounds with seven more race wins ahead of the final weekend at Imola – combined with a crash for then-Championship leader Troy Bayliss at Assen. Going into the final round, Edwards had a slender one-point lead, with the gloves coming off in Italy, before going on to win the Championship. Had Bayliss not crashed in The Netherlands, who knows what could’ve happened.

It was a similar story in 2009, when Ben Spies was in his rookie season. However, ill fortune plagued the Yamaha man throughout the year and after Race 2 at Kyalami, Spies was 88 points behind Noriyuki Haga, with the crown finally looking to go the Japanese rider’s way. Spies never gave in and in Portugal, Spies clinched the title by six points by capitalising on two DNFs for Haga in six races – the biggest comeback a rider has ever achieved in WorldSBK history.

There is one more dynamic too: teammate. Can Leon Haslam (Kawasaki Racing Team WorldSBK) or Chaz Davies (ARUBA.IT Racing – Ducati) help either of their teammate? Neither are in the position to do that just yet but in the closing stages, every point will become vital. Most recently, in 2014, Tom Sykes looked on for a second consecutive WorldSBK crown with a 44-point margin over Sylvain Guintoli, with just six races left to go. However, Kawasaki and Aprilia played different team orders games. Three strong final rounds meant that Guintoli was able to snatch the Championship away from Sykes. Will something similar play out in 2019, as the title swings between red and green?