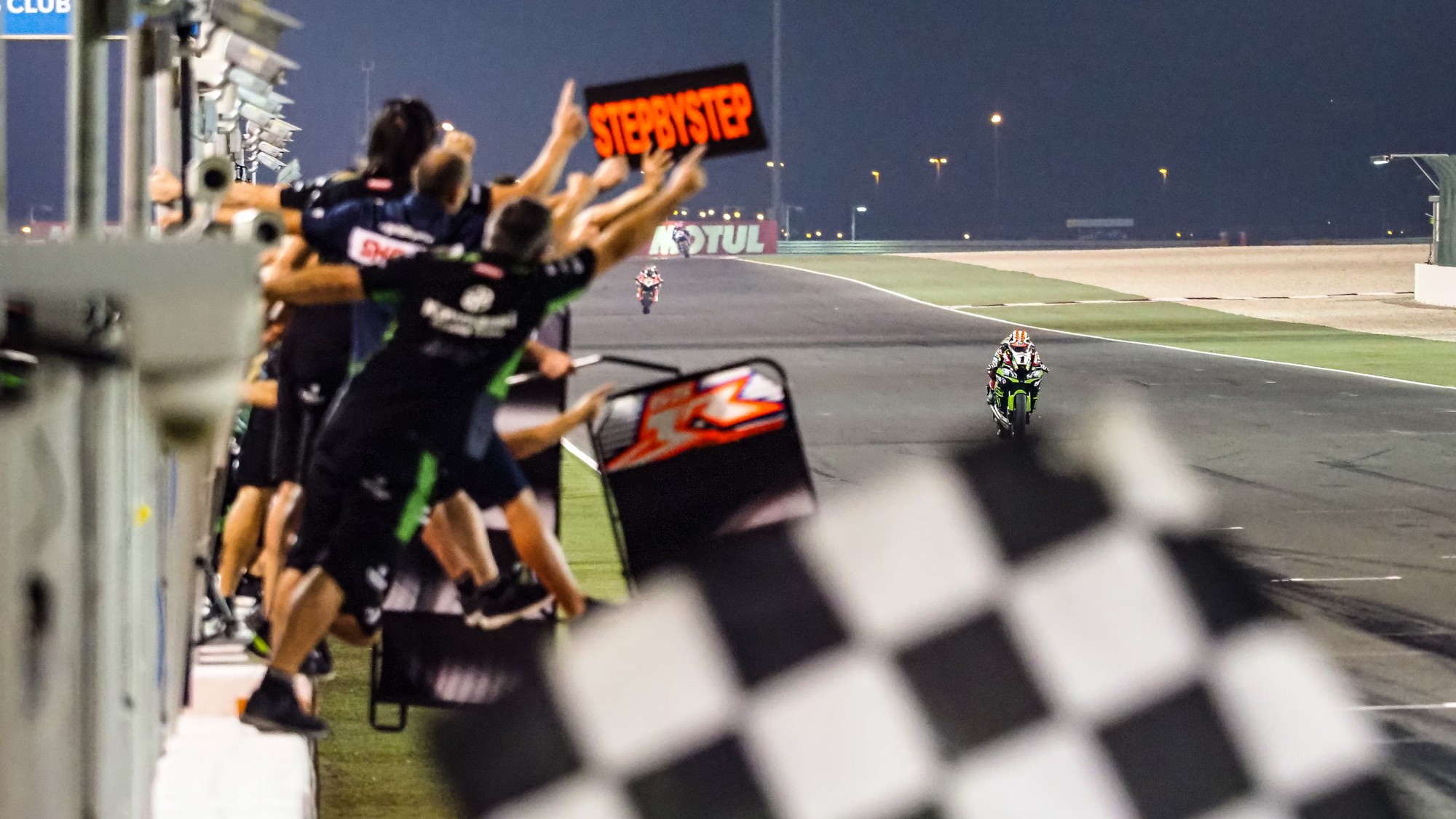 The 2019 MOTUL FIM Superbike World Championship launched racing action at the Motul Qatar Round, with the first of three races getting underway on Friday night. With first and second in the title race already sorted out, the attention and all eyes were on the battle for third, with the three protagonists spread out across the top ten. Taking the win in convincing fashion, Jonathan Rea (Kawasaki Racing Team WorldSBK) led from lights to flag, giving Kawasaki the Manufacturers’ Championship.

@jonathanrea makes it at Losail!

Before the race even began, Jordi Torres (Team Pedercini Racing) crashed on the exit of Turn 1 on the Warm Up Lap. The Spaniard highsided all on his own accord in the middle of the pack was thankfully OK. However, his race was run before it started, as he retired to the pits after the eventual completion of his Warm Up Lap.

Steaming off from pole position, Jonathan Rea took the holeshot down into Turn 1, fending off a fast-starting Tom Sykes (BMW Motorrad WorldSBK Team). However, Alex Lowes (Pata Yamaha WorldSBK Team) and Sandro Cortese (GRT Yamaha WorldSBK) got ahead of the BMW rider and the front four were as they were. Other good getaways came from Chaz Davies (ARUBA.IT Racing – Ducati), up from 12th to sixth and Toprak Razgatlioglu (Turkish Puccetti Racing), from tenth to seventh.

At the beginning of Lap 2, there was drama for Sykes, as he clipped the back of Leon Haslam (Kawasaki Racing Team WorldSBK) at Turn 1, as the two outbroke themselves. Chaz Davies had now picked up the pieces and was up to fourth, whilst Haslam had slipped back into the clutches of Alvaro Bautista (ARUBA.IT Racing – Ducati) courtesy of his collision with Sykes, as both of them were seventh and eighth. By the end of Lap 2, Bautista was seventh and Haslam had dropped to eighth.

It would be heartache for Cortese on Lap 6, as the German rider crashed out of fourth place at Turn 7, after just being passed by Davies. This promoted Michael van der Mark (Pata Yamaha WorldSBK Team) to sixth, before the Dutchman scythed ahead of Razgatlioglu to pinch fifth. The battle for third however was looking like it would go the way of Alex Lowes, who was up in second, whilst teammate van der Mark and 2020 Pata Yamaha replacement Razgatliolgu were fifth and sixth. There was more despair downfield for Leandro Mercado (Orelac Racing VerdNatura), who suffered a technical problem on the front straight.

Into the second half of the race, the gap at the front was still the same, with no move made from Lowes just yet. The duelling Brits at the front were running their own pace, whilst Lowes was getting the time to see where his rival was strong. Chaz Davies was still running a solid third, although he was incrementally closing the gap to the leaders.

With eight laps to go, Haslam took sixth place from Razgatlioglu at Turn 1, using the slipstream to get the job done. The ‘Pocket Rocket’ now set his sights on van der Mark ahead of him, whilst Razgatlioglu had to keep his eyes open behind him, as Loris Baz (Ten Kate Racing – Yamaha) zeroed-in, just ahead of a revitalised Markus Reiterberger (BMW Motorrad WorldSBK Team).

With six laps to go, Toprak Razgatlioglu got it all wrong going into Turn 6, with his bike snapping sideways in an aggressive manner. The Turkish rider took to the gravel and somehow kept it upright, but slipped from seventh to 13th, seriously hurting the 23-year-old’s chances of third overall in the Championship. In the battle for fifth, Leon Haslam was now ahead of van der Mark, passing the Dutchman at Turn 1 with five laps remaining.

Five laps to go and Davies passed Lowes at the final corner, parking his Ducati down the inside and now, began to hunt down Jonathan Rea out front, immediately slicing the gap to under a second. Davies was particularly quicker in the middle sectors. All the time, Alvaro Bautista was having a lonely race in fourth place.

Celebrations on for the winning manufacturer!

Despite closing down the gap to Rea, Davies couldn’t get the better of the Northern Irishman’s metronomic consistency. Rea took another victory in 2019, his fourth at Losail and gave Kawasaki the Manufacturers’ Championship. Davies came from 12th to second in an impressive fightback, whilst Alex Lowes came home third. Alvaro Bautista was fourth in a quiet race for the Spaniard behind the all-British podium, whilst prevailing in the battle for fifth was Leon Haslam, seeing off Michael van der Mark on the run to the line.

Loris Baz was a strong seventh place, whilst it was a classy eighth place for Markus Reiterberger, with his first top ten since the Tissot Superpole Race at Imola. Ninth place went to Ireland’s Eugene Laverty (Team Goeleven), who had a strong ride into the top ten, whilst Leon Camier (Moriwaki Althea Honda Team) made it all manufacturers represented inside the top ten. Toprak Razgatlioglu recovered to 11th.

Watch the last two races of the 2019 WorldSBK season and the title-deciding WorldSSP duel with the WorldSBK VideoPass! 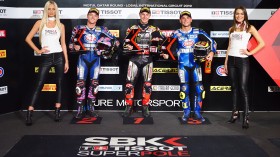