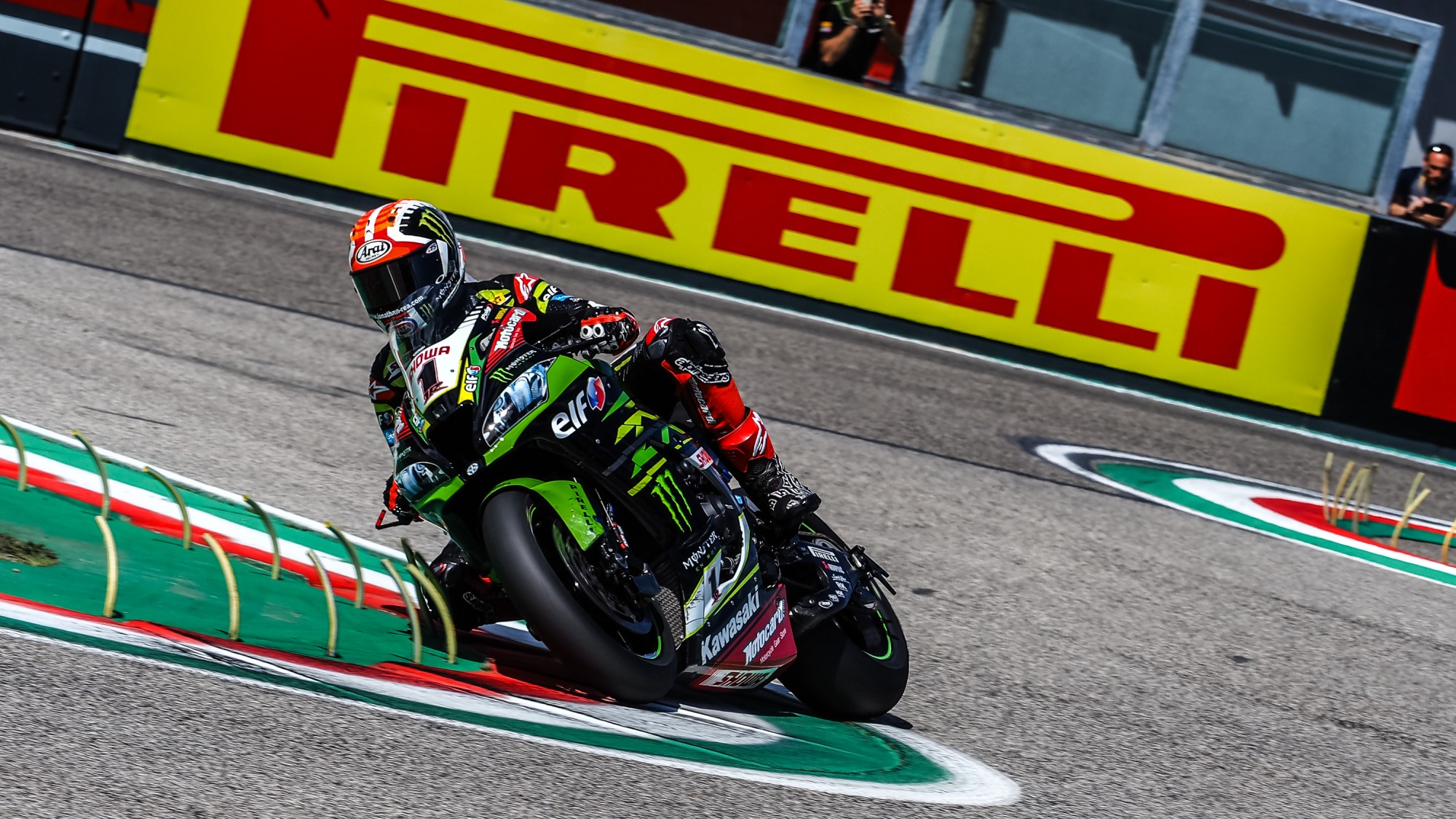 Day one at the Imola circuit concluded for WorldSBK, as quick times were coming thick and fast. With the sun beating down, action unfolded and yet again, it was Jonathan Rea (Kawasaki Racing Team WorldSBK) who remained in the number one position, ahead of Chaz Davies (ARUBA.IT Racing – Ducati) and the BMW of Tom Sykes, making it three manufacturers inside the top three positions.

Four-time WorldSBK champion Jonathan Rea continued his positive start to the Pirelli Italian Round, running at the front again in FP2. Despite not improving in his lap time from the morning until late on in the session, eventually nobody was able to challenge Rea at the front.  Rea looked in fine form, stringing a run of fast laps together to continue Kawasaki’s good form in Ducati’s backyard. His teammate, Leon Haslam, likewise did not improve his time in the second session until late on in the session but dropped overall, concluding the opening day in seventh position.

Ducati continued their strong start to the Pirelli Italian Round, as Chaz Davies (ARUBA.IT Racing – Ducati) marched his way into top position, at a circuit at which he has achieved four WorldSBK race wins at in his career. The Welshman blitzed into the lead with just a few minutes left in the session. Alvaro Bautista continued to adapt to the tricky Imola circuit and was seemingly struggling, making various little mistakes that he has not displayed all season. The Spaniard completed the day in fourth, with 0.712s between him and Rea.

Looks like the spanish rider is shaking and sliding around Imola! #ITAWorldSBK pic.twitter.com/lkCQQYeWGW

Tom Sykes (BMW Motorrad WorldSBK Team) had a relatively quiet session in comparison to those around him, making plenty of progress through the session. The 2013 WorldSBK champion is a double winner at the Imola circuit and looks primed for another strong showing, this time for the German manufacturer. Completing the session in third place, Sykes will be hoping to continue improving on Saturday. His teammate, Markus Reiterberger, struggled again and was only 13th.

If Toprak Razgatlioglu (Turkish Puccetti Racing) was rattled by not completing FP1 as top Independent, then he certainly made up for it in FP2 by rounding out the top five. The Turkish rider was pursuing Alvaro Bautista in the closing stages and made big gains, to end the opening day at Imola in a strong fifth place. Other Independent riders to feature inside the top ten after Friday included wildcard Lorenzo Zanetti (Motocorsa Racing), who was ninth and one place ahead of fellow countryman, Michael Ruben Rinaldi (BARNI Racing Team) in tenth. Zanetti ended the day as top Italian.

Sixth position went to Michael van der Mark (Pata Yamaha WorldSBK Team), who maintained his FP1 position whilst vastly improving his time. The Dutchman’s continuity through the opening day at the Pirelli Italian Round bodes well for the remainder of the weekend. His teammate, Alex Lowes, also improved his time but was only eighth at the end of the day. The rider, who sits third in the championship behind Bautista and Rea, will have work to do overnight if he is to keep tabs on those ahead of him in the title race.

Notable names outside the top ten included Jordi Torres (Team Pedercini Racing) who was 11th at the end of the day, with Marco Melandri (GRT Yamaha WorldSBK) in 12th whilst his teammate, Sandro Cortese, was 14th and suffered a crash. The Moriwaki Althea Honda Team concluded day one at Imola with Leon Camier and Ryuichi Kiyonari in 15th and 16th respectively.

Watch the rest of the weekend’s story unfold with the WorldSBK VideoPass! 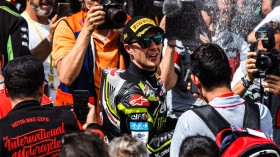 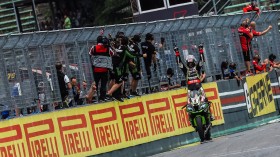 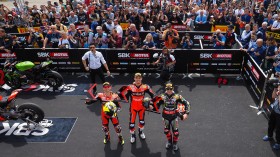