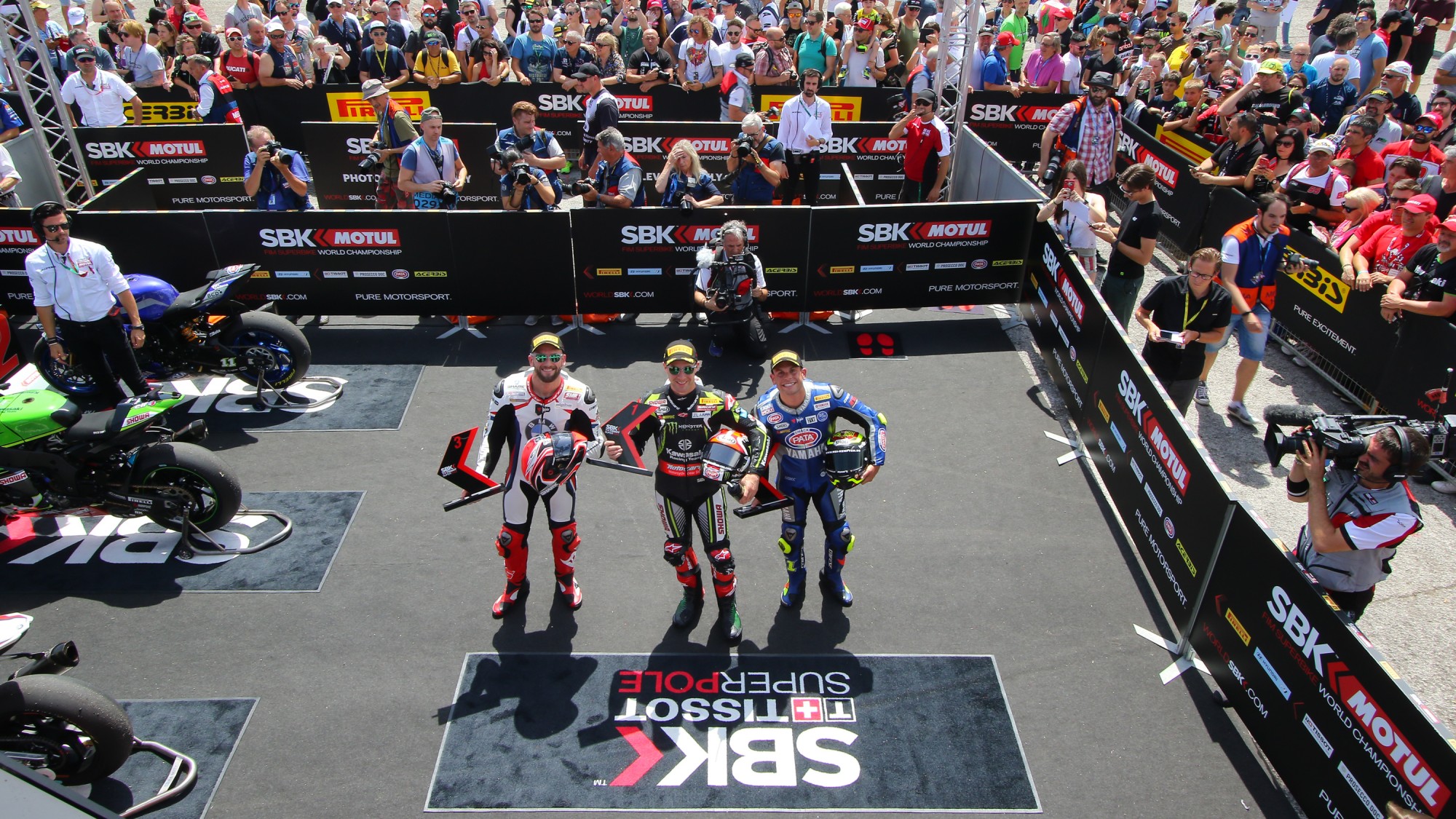 Despite morning rain, the Misano World Circuit “Marco Simoncelli” dried out for a frantic Tissot Superpole session for the 2019 MOTUL FIM Superbike World Championship. With multiple changes in the closing stages at the Italian venue, it was a grid that features surprises throughout, as Jonathan Rea (Kawasaki Racing Team WorldSBK) clinched pole ahead of Sandro Cortese (GRT Yamaha WorldSBK) and Tom Sykes (BMW Motorrad WorldSBK Team).

Following on from his strong start on Friday, Jonathan Rea rocketed to another pole position, with a lap time of 1’34.596 slotting him in nicely at the head of the grid. The Northern Irishman claims his first back-to-back pole positions since Portimao and Magny-Cours in 2017, making it a ninth circuit that he has now taken pole position at. Sandro Cortese put his Yamaha in second place, featuring as top Yamaha and top Independent for his second front row in 2019 – the first time a German rider has started on the front row at Misano. Tom Sykes continues his front row form at Misano, finishing in third and in the mix for his first podium of the season.

Row two sees big names, as Alex Lowes (Pata Yamaha WorldSBK Team) was able to put in a strong lap time, missing out on the front row by just 0.050s. The British rider will seek to make up for his Jerez misfortune at Misano this weekend. However, it was championship leader Alvaro Bautista (ARUBA.IT Racing – Ducati) who was only able to slot in in fifth position. The Spaniard, who hasn’t topped a session all weekend so far, has his work cut-out in Race 1. Leon Haslam claimed sixth place, 0.619s off his teammate’s pole time.

Watch Race 1 and the remainder of the Pata Riviera di Rimini Round with the WorldSBK VideoPass! 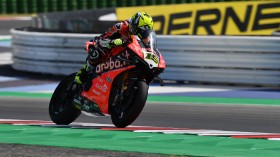