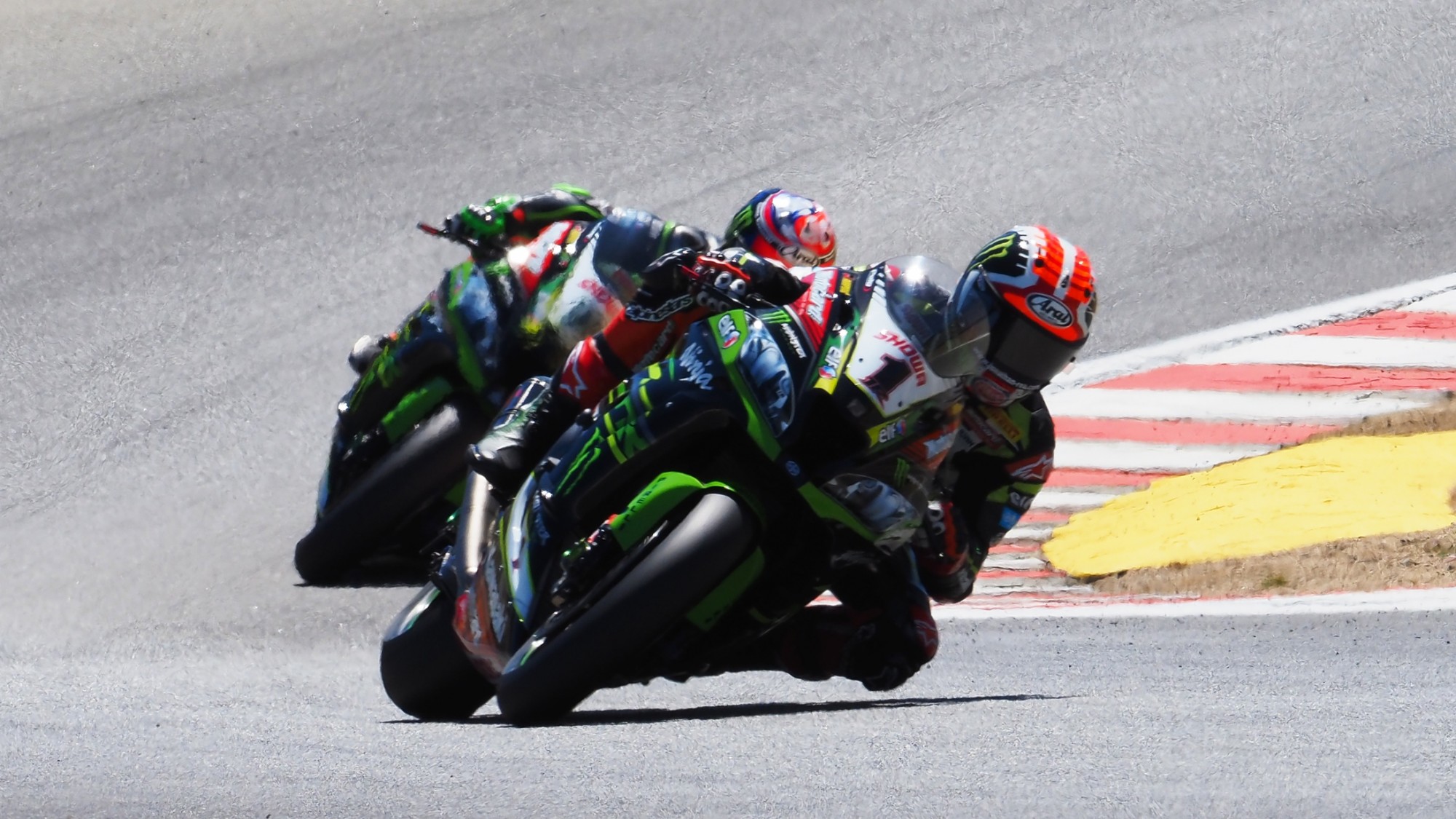 Kawasaki Racing Team WorldSBK riders Jonathan Rea and Leon Haslam prepare to return into action this weekend for a two-day official WorldSBK test at Autodromo Internacional do Algarve in Portimao.

Fresh off the back of their recent race win at the Suzuka 8 Hours World Endurance Championship, the KRT duo is now ready to refocus on their WorldSBK effort and start getting reacquainted with their ZX-10RR machines and the Pirelli tyres.

Heading into the summer break as the new championship leader by 81 points after having remounted on Alvaro Bautista (ARUBA.IT Racing – Ducati Team) in just two rounds before the break, Rea’s motivation is now on a high and he can’t wait to head back into action with his team: “I am excited to start riding again. I enjoyed some time away from the track, but after a couple of weeks I was desperate to ride my WorldSBK Ninja ZX-10RR again. It helped to have the Suzuka 8 Hours race in the middle of the break. I did a lot of riding in the buildup and the race, but it is good to go to Portugal now because I miss my bike and my team”.

For the four-time WorldSBK World Champion, the two-day test at Portimao will also have an extra significance considering that the circuit will host the tenth Round of the 2019 MOTUL FIM Superbike World Championship from 6th-8th September 2019. Hunting down his fifth back-to-back title in the series, Rea will look to put on a show at a venue where he had won the last seven races held since 2014. Rea is delighted to have some track time available around Portimao track to work with his crew ahead of the race weekend. He explained: “Portimao is a good track for us, and the weather should be consistent. That should help us to get some test items confirmed, for both this season and looking to the future. I love the track there and cannot wait to get going!”.

On the other side of the garage, teammate Leon Haslam is motivated to return strong on the asphalt, as he looks forward to adding more trophies to his cabinet at the Portuguese round next September: “I am looking forward to the Portimao test. Off the back of the Suzuka 8 Hours win it will be nice to get back on the WorldSBK bike with Pirelli tyres. We tested at Portimao at the start of the season, and it went quite well. This year, being my first season back after a few years away from WorldSBK, all my podiums have come at circuits we have tested at. I would like get three more solid podiums at the Portimao round come September, so this Portuguese test is very important.”

Catch up with all the news on the Kawasaki Racing Team WorldSBK and exclusive contents from the Portimao Official WorldSBK Test with the WorldSBK VideoPass.