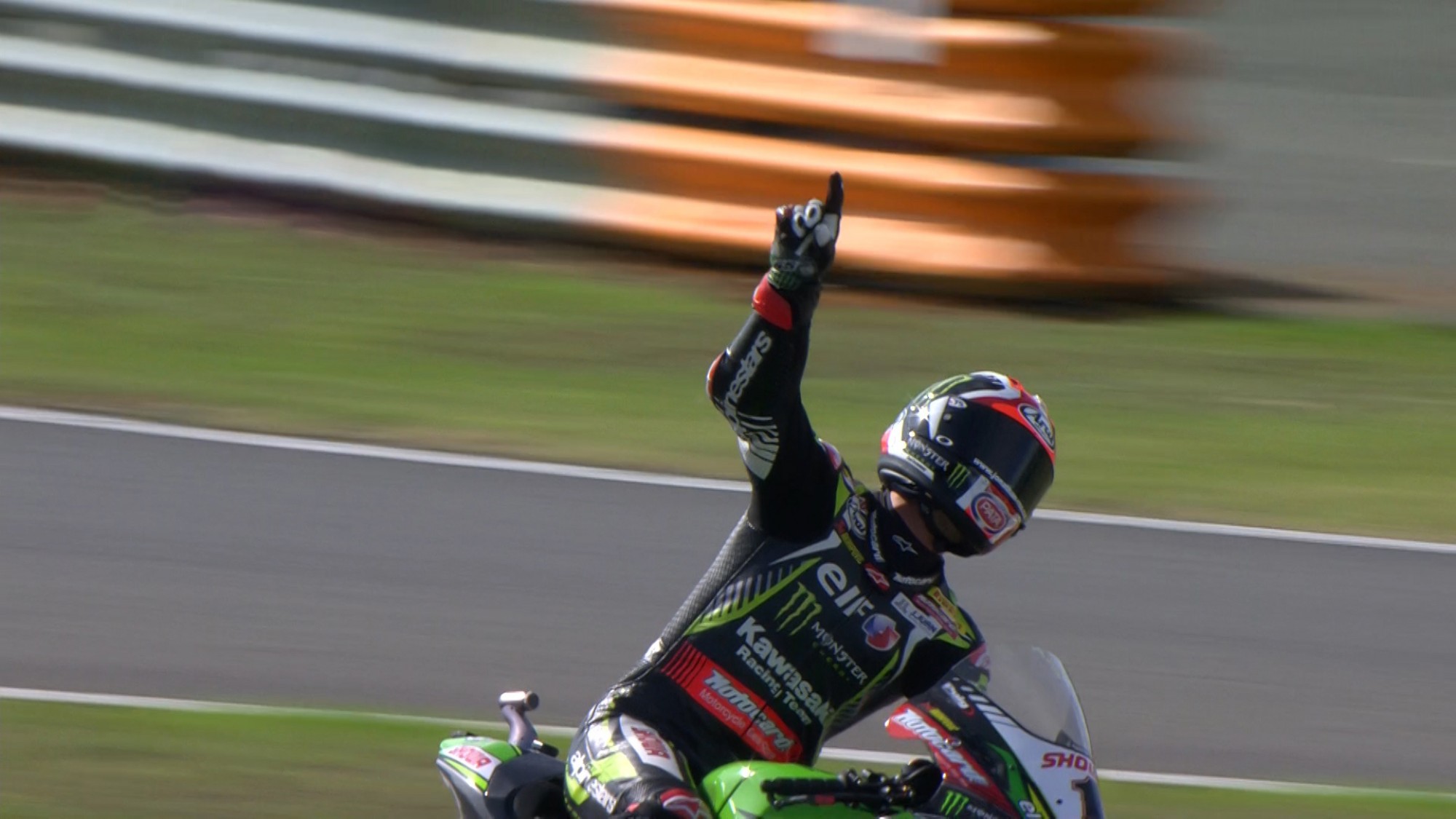 The Pirelli French Round will go down in the history books of the MOTUL FIM Superbike World Championship. It began with Turkey’s first ever winner in Toprak Razgatlioglu (Turkish Puccetti Racing) and finished with Jonathan Rea winning Race 2 to become the championship’s first ever five-time champion following early misfortune for nearest rival Alvaro Bautista (ARUBA.IT Racing – Ducati).

Starting from pole position for the first time in WorldSBK, Toprak Razgatlioglu couldn’t make the same lightning start which saw him leap up the order in the two previous races. Rea edged up the inside into Turn 1 to grab the lead but he wouldn’t stay ahead for long, as Michael van der Mark (Pata Yamaha WorldSBK Team) used the slipstream to hit the front at the Adelaide hairpin.

The moment which ultimately proved decisive in the 2019 MOTUL FIM Superbike World Championship came on Lap 2 as Razgatlioglu lost the rear of his Kawasaki on the exit of Turn 13. As the Turkish rider fought to control the slide, Alvaro Bautista was powerless to avoid the Race 1 winner and both riders were eliminated on the spot. With the words ‘BAUTISTA OUT’ displayed on his pit-board next time around, Rea now knew that a race victory would see him make history.

Michael van der Mark was keen to ensure that Rea didn’t have an unchallenged run to a fifth WorldSBK crown, keeping the Ulsterman at bay until the Imola chicane on Lap 6. The Dutchman didn’t trail for long with the Yamaha proving a formidable motorcycle down the back straight towards Turn 5, an advantage van der Mark utilised to power past on Lap 8.

As the race ticked over half distance, Rea mounted another attack on the leader with van der Mark going defensive into Adelaide. The championship leader was wise to this tactic though and drew alongside into the following Nurburgring chicane, making the move stick on Lap 13. With van der Mark no longer close enough to make use of the slipstream next time around, Rea had the margin he needed to ease clear.

Despite a valiant effort from van der Mark, the advantage grew to over one-second, allowing Rea to close out the final laps and claim his 12th victory of 2019. This one was the sweetest of all though as he completed one of the great WorldSBK comebacks. From 61 points behind, Rea now holds an unassailable 129-point advantage and a place in the history books as the first ever five-time WorldSBK champion.

Alex Lowes (Pata Yamaha WorldSBK Team) completed the team’s first double-podium of the season with a close third, consolidating third in the championship standings, while Chaz Davies (ARUBA.IT Racing – Ducati), who was heavily delayed in the early collision between his team-mate Alvaro Bautista and Toprak Razgatlioglu, recovered to finish fourth, overtaking home favourite Loris Baz (Ten Kate Racing - Yamaha) on Lap 14. Despite a late challenge from the Frenchman, he was forced to settle for fifth, completing a positive weekend at his home round as the Top Independent Rider in Race 2.

Marco Melandri (GRT Yamaha WorldSBK) closed out the final European round of his WorldSBK career with a strong charge from 15th on the grid to sixth, winning a close three-way fight on the last lap. The Italian finished just a tenth of a second clear of Leon Haslam (Kawasaki Racing Team WorldSBK) with Tom Sykes (BMW Motorrad WorldSBK Team) right behind the pair in eighth.

Leon Camier (Moriwaki Althea Honda Team) capped off an impressive comeback to the MOTUL FIM Superbike World Championship with ninth place, finishing a second clear of Jordi Torres (Team Pedercini Racing). Elsewhere, there were points for French wildcard Sylvain Barrier (Brixx Performance) in 13th but disappointment for Sandro Cortese (GRT Yamaha WorldSBK) who was forced to retire midway through the race while running in the top ten.

Follow all the excitement of the final two rounds with WorldSBK VideoPass! 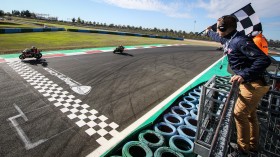 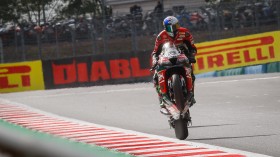 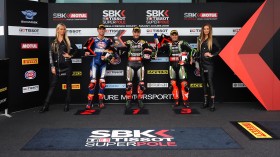