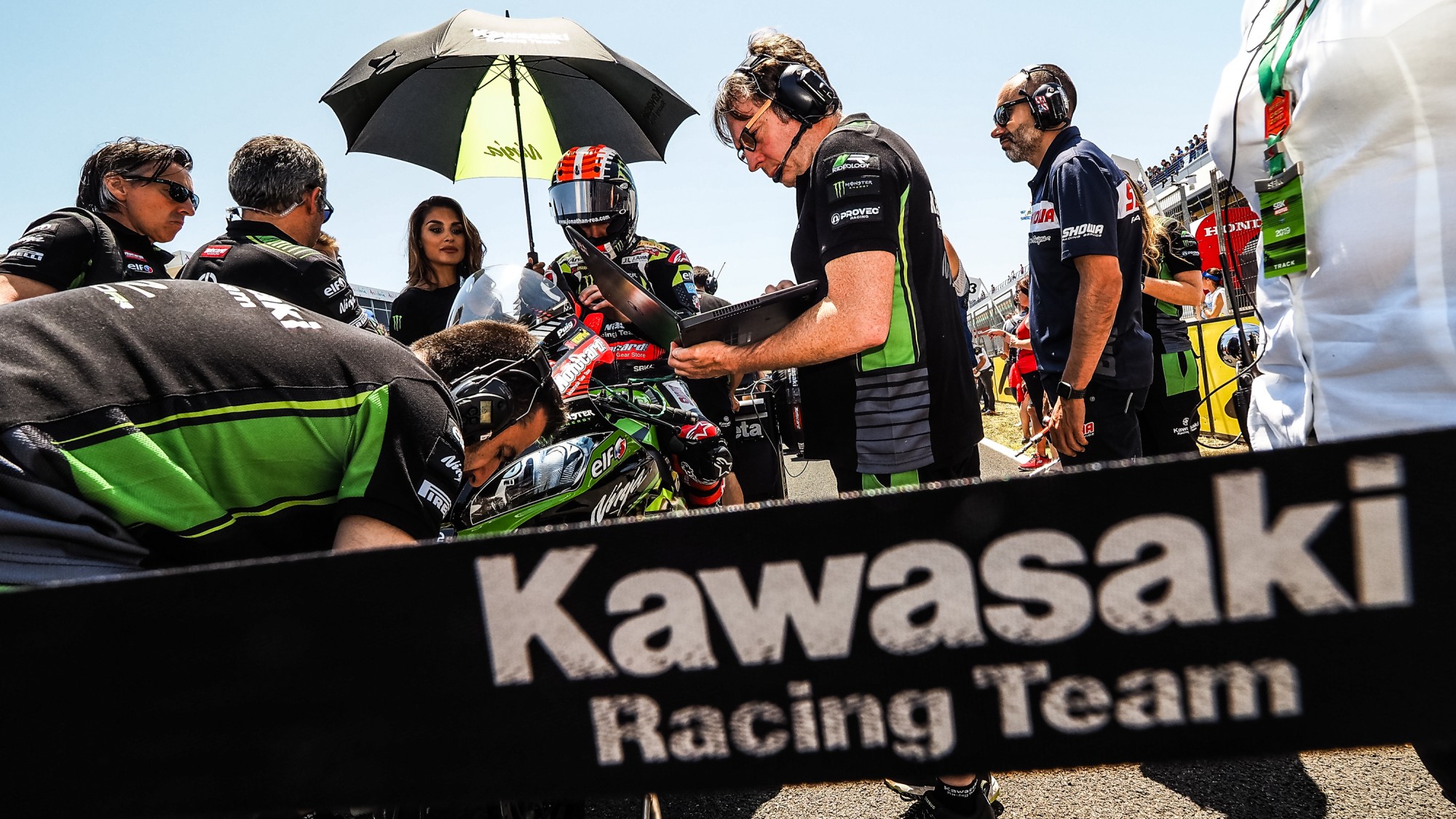 Jonathan Rea will not be on pole position tomorrow, nor will he feature on the Race 1 podium as he is hit with penalties!

After his tangle with Alex Lowes (Pata Yamaha WorldSBK Team), Jonathan Rea (Kawasaki Racing Team WorldSBK) has been handed penalties as a consequence. The four-time WorldSBK champion made a rash move on the Yamaha man at the final corner on the final lap, meaning that he has been dropped one position in the overall classification. Additionally, the Northern Irishman has been handed a back of the grid start for his on-track escapade in Race 1. This promotes Marco Melandri to the podium in Race 1 – his second of the season, whilst ironically, Alex Lowes will benefit from a front row start.

Watch Jonathan Rea’s comeback through the field on Sunday with the WorldSBK VideoPass!