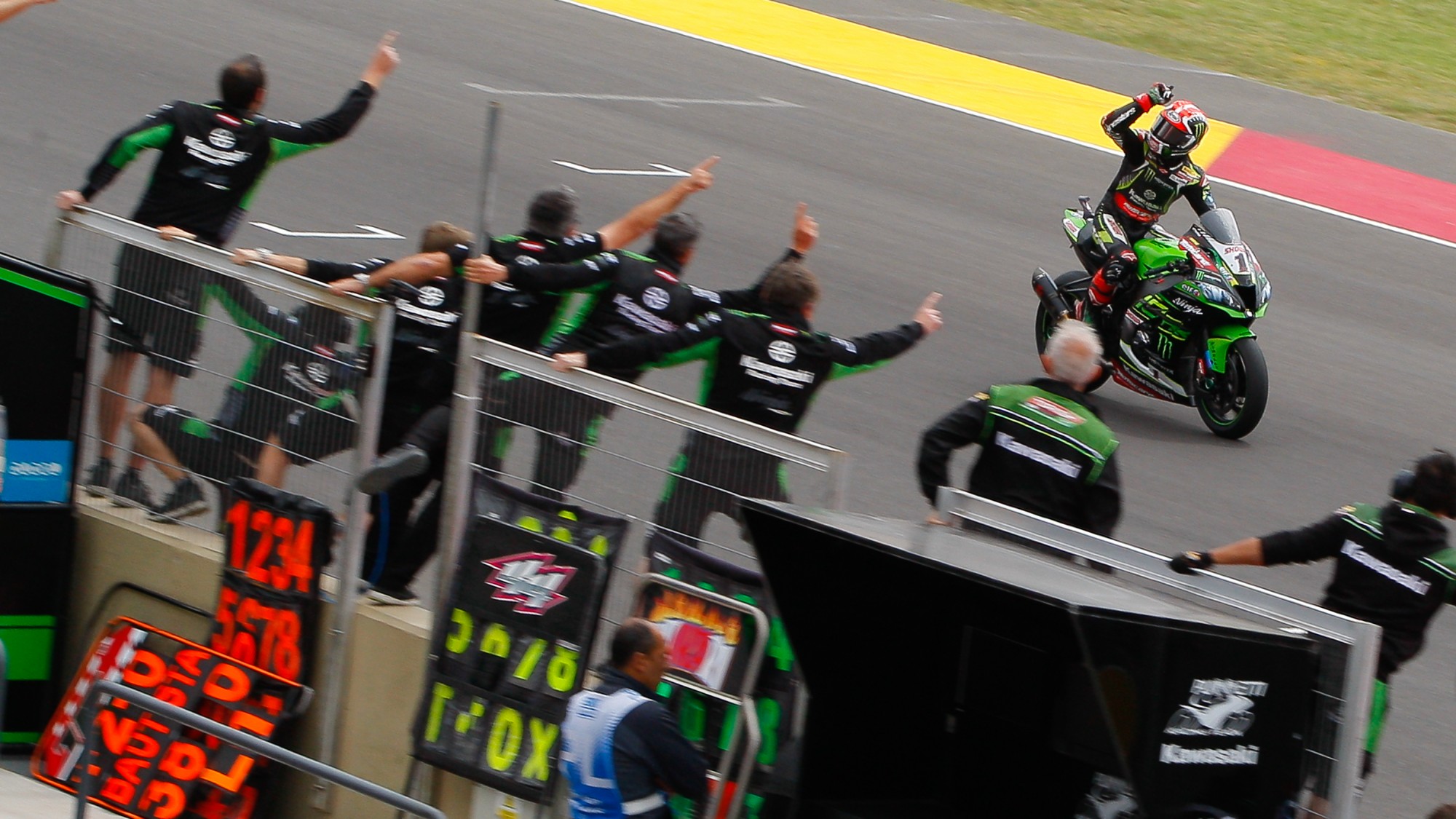 From the sunshine of Saturday came the cloud cover of Sunday, the 2019 MOTUL FIM Superbike World Championship readied for the Tissot Superpole Race to welcome racing action on the final day of the weekend. With the track temperature much cooler than Saturday, action on track was much hotter. Making the most of the Circuito San Juan Villicum track and taking victory once more in 2019, Jonathan Rea (Kawasaki Racing Team WorldSBK) breezed to Argentina success and will start from pole in Race 2.

With the lights going out, the drag race down to the tight Turn 1 was important, with Alvaro Bautista (ARUBA.IT Racing – Ducati) leading ahead of Jonathan Rea, whilst Toprak Razgatliolgu (Turkish Puccetti Racing) made it up to third. At Turn 6, Rea hit the front and sat Bautista up, hitting the front and immediately pulled clear. Behind the leading three, Chaz Davies (ARUBA.IT Racing – Ducati) and Michael van der Mark (Pata Yamaha WorldSBK Team) collided on the exit of Turn 9. Out front, Rea led Bautista with Razgatlioglu holding onto third ahead of Alex Lowes (Pata Yamaha WorldSBK Team). It was a disaster at the end of the opening lap for Loris Baz (Ten Kate Racing – Yamaha), as he crashed at Turn 16 in another highside.

The lap times came down dramatically and Jonathan Rea was setting new lap records each time, but the fights further down were beginning to come alive. Chaz Davies made it ahead of van der Mark eventually before chasing down Alex Lowes, taking fourth on Lap 5. Behind them, Leon Haslam (Kawasaki Racing Team WorldSBK) and Tom Sykes (BMW Motorrad WorldSBK Team) were coming from outside the top ten, running eighth and ninth respectively. Also featuring inside the top ten and enjoying strong rides were Sandro Cortese (GRT Yamaha WorldSBK) in seventh and Leon Camier (Moriwaki Althea Honda Team), who completed the top ten.

With two laps to go, Leandro Mercado (Orelac Racing VerdNatura) was faster than those ahead of him, and broke into the top ten, pinching tenth from Leon Camier and then, setting off after Haslam and Sykes on the final lap. Soon enough, the Argentine rider was right in the mix and got on Tom Sykes’ case, although he was unable to make his way ahead of the 2013 WorldSBK Champion.

Home hero is feeling the warmth of the fans and overtakes @leoncamier in style! #ARGWorldSBK pic.twitter.com/y3ezU60lAP

Out front, Jonathan Rea took the victory by a comfortable margin, surviving a late scare to win for a third time in Argentina. Alvaro Bautista was a strong second and will start from second on the grid for Race 2, whilst Toprak Razgatlioglu will be on the front row for Race 2 as well, moving up to third and taking his 14th podium of the season.

Heading up row two, Chaz Davies’ late charge sees him improve his starting position from seventh up to fourth. Alex Lowes will be placed in the middle of the second row in fifth place, pipping teammate Michael van der Mark, as the Dutchman drops from the front row to the back of the second row in sixth.

Germany’s Sandro Cortese (GRT Yamaha WorldSBK) will lead the charge from row three, as he starts from seventh, whilst vastly improving from outside the top ten, Leon Haslam will launch from eighth. One place behind him and just holding on for a third row start, Tom Sykes edged out Leandro Mercado. Mercado will start from 19th on the grid for Race 2, missing out on ninth on the grid by just 0.229s. Alessandro Delbianco (Althea Mie Racing Team), who started from a career-best eighth, finished 16th.

Watch more WorldSBK action in Argentina with the WorldSBK VideoPass! 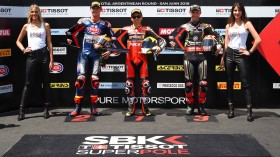