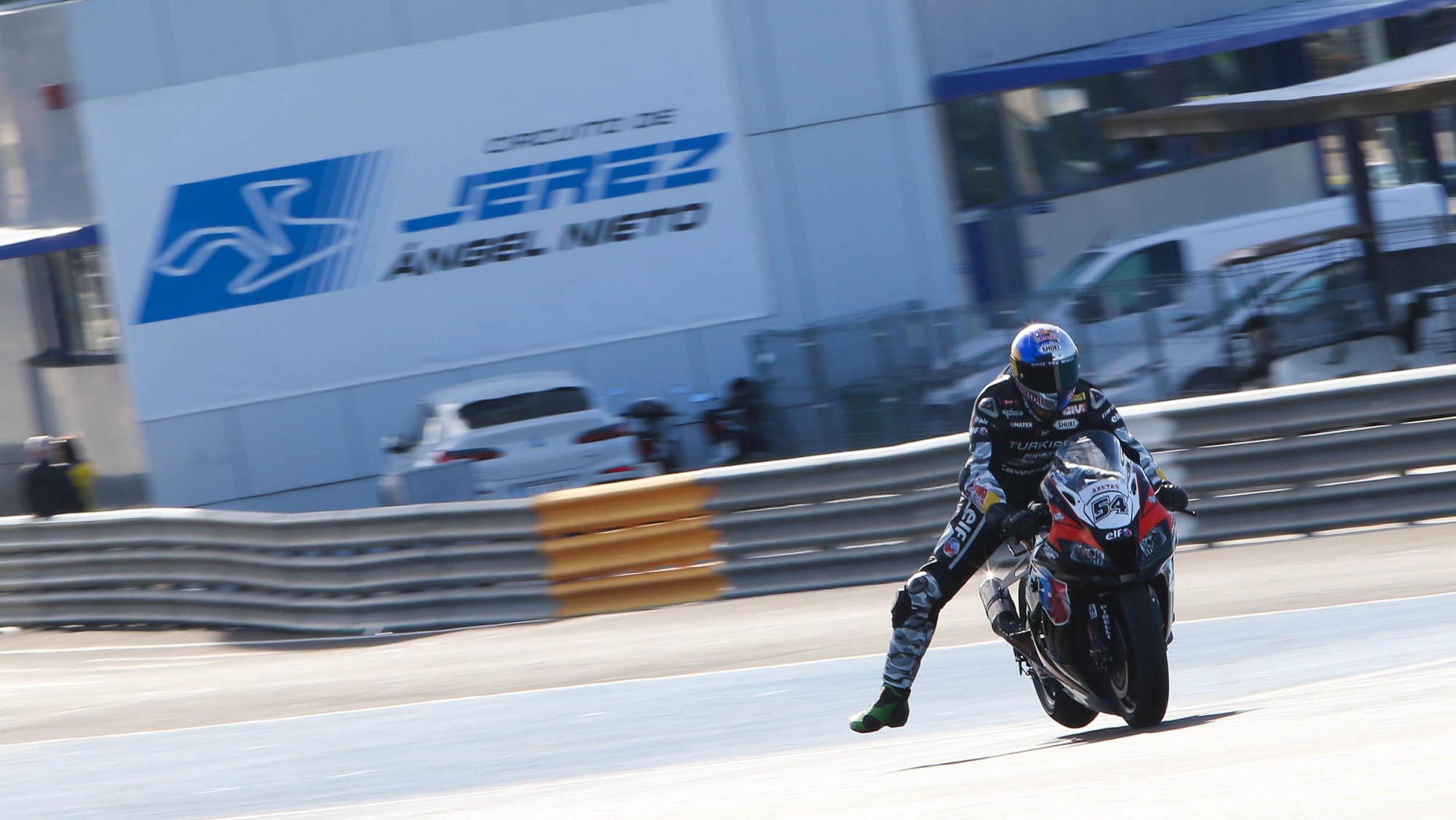 Overtaking Melandri in the standings, the next target following exhilarating Imola podium

Perhaps Toprak Razgatloglu (Turkish Puccetti Racing) expected to reach these heights sooner, or at least be in contention. Barely a day of pre-season testing finished without the Turkish rider amongst the five fastest riders, and in Race 1 at Phillip Island he crossed the line just four seconds behind third place. Fighting for podiums week in, week out was the optimistic but very real goal for 2019.

Yet Razgatlioglu’s season seemed to stall after that one display of potential in Australia. Whilst the 22-year-old rarely fell out of the top ten through March and April, he also didn’t manage to move past eighth, stuck semi-perpetually in mid-pack scuffles. Consistent, yet hardly the step forward from last year that he and the Puccetti team had set their eyes on.

Qualifying at Imola seemed to show little progress – 11th position and continued set-up issues – but that all changed once the racing gear went on. Razgatlioglu finished third in Race 1, going toe-to-toe with Leon Haslam (Kawasaki Racing Team WorldSBK) and the two Pata Yamaha riders (and ultimately prevailing). Seventh in the Tissot Superpole Race and top independent honours confirmed that a right balance had been found, tyre issues aside.

This was also significant in championship terms: Razgatlioglu has finally broken the GRT Yamaha duopoly in the Independent Riders’ Standings. The Italian squad, WorldSBK rookies, dominated the two opening fly-aways but have since fallen off the pace, top-10 finishes – let alone podiums – hard to come by. Sitting one point above Sandro Cortese and 14 behind current privateer top dog Marco Melandri, momentum is in Razgatlioglu’s favour.

Will the WorldSBK sophomore take top spot in Jerez? Razgatlioglu has proven to be competitive at the Andalusian track – two podiums in STK1000 – yet so has his veteran rival on the Yamaha and several other aspiring privateers, including Jordi Torres (Team Pedercini Racing) and Michael Ruben Rinaldi (BARNI Racing Team). Who will win the battle of the independents is anything but a foregone conclusion.

Will we see another privateer on the rostrum in Spain? Find out as the battles rage on in Jerez this weekend, LIVE and OnDemand on WorldSBK VideoPass.