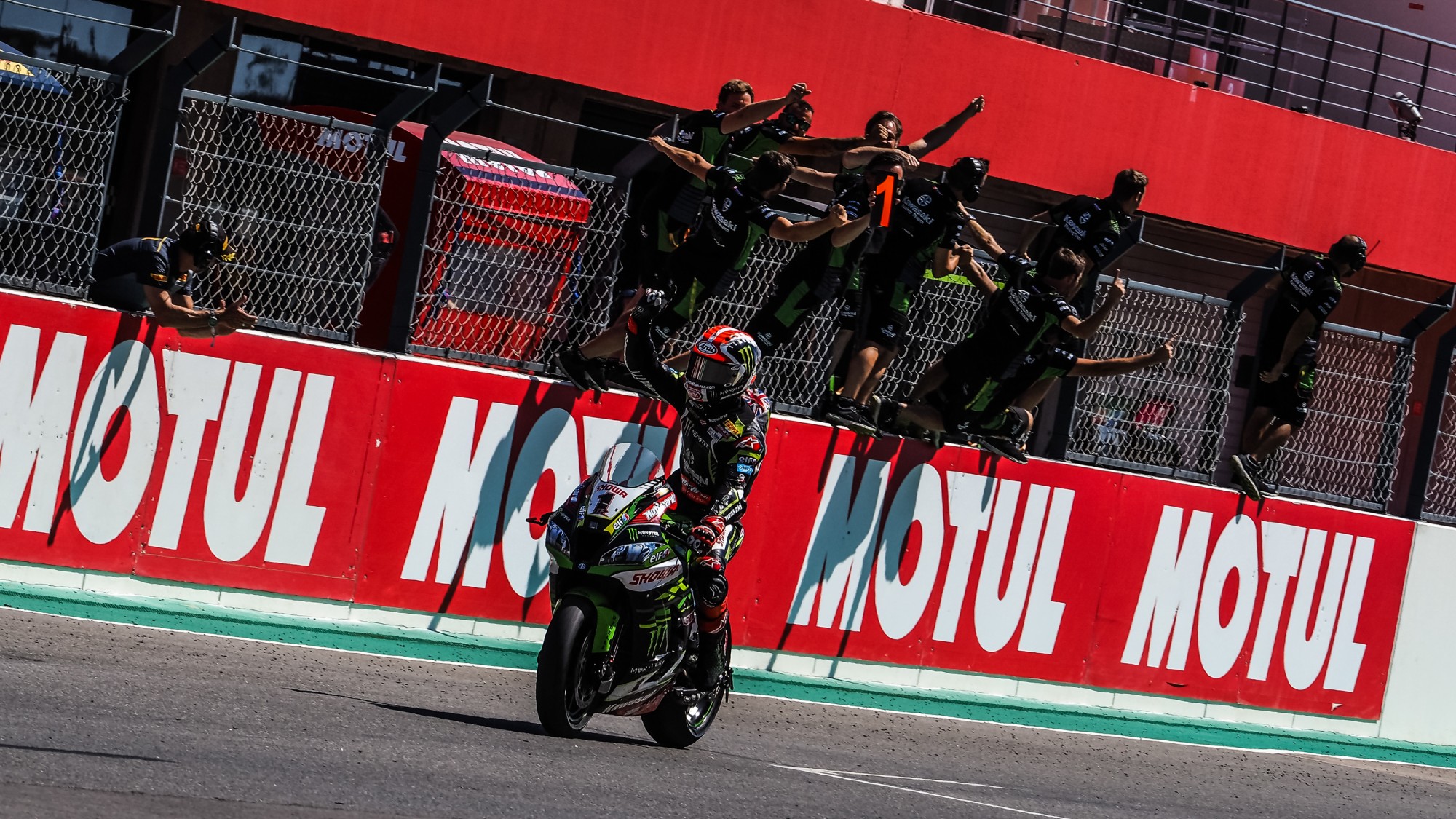 The Acerbis Portuguese Round welcomed the first race of the weekend with World Superbike Race 1, with the sun still shining brightly and the WorldSBK grid ready for their return to action. With Jonathan Rea (Kawasaki Racing Team WorldSBK) starting from pole, the Ulsterman made it an eighth consecutive win at Portimao, with three different manufacturers on the Race 1 Portimao podium.

With the race getting underway, it was Jonathan Rea (Kawasaki Racing Team WorldSBK) got the holeshot and took the lead into Turn 1 but there was drama behind. A lunge from Chaz Davies (ARUBA.IT Racing – Ducati) saw him barge his own teammate Alvaro Bautista out of the way, forcing Bautista right down to 18th place after the Spaniard tagged the back of Alex Lowes (Pata Yamaha WorldSBK Team).

How @19Bautista has lost 12 positions

An unusual race 1 start for the Spanish rider #PRTWorldSBK pic.twitter.com/Hzea0tyLW8

By the end of Lap 1, it was Rea leading Tom Sykes (BMW Motorrad WorldSBK Team) and Leon Haslam (Kawasaki Racing Team WorldSBK). Chaz Davies was up to fourth and Michael van der Mark (Pata Yamaha WorldSBK Team) made a bright start in fifth.

At the end of Lap 3, Davies and van der Mark had disposed of Leon Haslam, with the Kawasaki rider fading. But two laps later, and Davies had got ahead of Tom Sykes at Turn 1, with van der Mark taking advantage at Turn 3, before Haslam took the 2013 WorldSBK champion at Turn 6. On the front straight, Razgatlioglu got ahead of Sykes at the end of the lap, capping off a bad lap for the Huddersfield rider. Loris Baz (Ten Kate Racing – Yamaha) was the first crasher of the race at Turn 8 but remounted and was back racing.

Further back, Bautista was caught up behind Marco Melandri (GRT Yamaha WorldSBK) in the battle for ninth, with the two veterans of motorcycle racing swapping paint between Turn 9 and 12. However, Bautista made it ahead at the end of the lap and soon, got ahead of Sandro Cortese (GRT Yamaha WorldSBK). Back in the fight for fourth, and it was Tom Sykes who crashed at Turn 13, not the way he wanted to celebrate a contract extension for 2020. Sykes re-joined and was back in the points by the halfway distance.

Whilst they scrapped it out for the remaining podium positions, Jonathan Rea had already built up a lead of over three seconds and was well on his way for an eighth consecutive Portimao victory. Unrivalled, untouched and unbelievably dominant, Rea had come into his own in Portugal.

With 11 laps to go and with tyre life now becoming a factor, Razgatlioglu made his move at Turn 3 and got ahead of Leon Haslam. The Independent rider was ahead of the factory rider and now, Razgatliolgu had two seconds ahead of him until the podium battle between Davies and van der Mark. In seventh place, Alvaro Bautista was beginning to close on Alex Lowes, who was having a quiet race in sixth position. Bautista was the fastest rider on track, in a race of ‘what could’ve been’.

With nine laps to go, Eugene Laverty (Team Goeleven) came into the pits to end what had been a disappointing race. The Irishman was on pole at the Portimao venue in 2018 but that kind of success had been far away a year later. Back in the battle for fourth and Leon Haslam had got back ahead of Toprak Razgatlioglu and began to edge clear with seven laps to go. But now, a new threat was very much in the fight: Alvaro Bautista was taking chunks out of the gap, lapping nearly a second a lap quicker.

At Turn 5 with six to go, Bautista took advantage of Lowes’ error as the British rider ran in too deep; Bautista was now sixth. Further up, the battle for second had calmed, with Davies seemingly able to break away from van der Mark. Bautista cleared Razgatlioglu with three laps to go on the straight and tried to get ahead of Haslam at Turn 3, but the Brit held on and toughed it out through Turn 4, as the three battled hard. A lap later and Bautista used the top speed of the Ducati and took fourth from Haslam, where he would stay until the chequered flag.

Is getting feisty at the front! @19Bautista is losing no time to get to the top#PRTWorldSBK pic.twitter.com/E6AVyB8jsv

Across the line, it was Jonathan Rea who took the win and extended his championship lead to 93 points. Chaz Davies was a safe second from 12th on the grid and van der Mark a settled third. Bautista came home fourth ahead of Leon Haslam, whilst Toprak Razgatlioglu faded to finish in sixth, but all the way from 13th on the grid to finish as top Independent. Alex Lowes was seventh, ahead of Sandro Cortese, Marco Melandri and Michael Ruben Rinaldi (BARNI Racing Team), just edging out Jordi Torres (Team Pedercini Racing) to complete the top ten.

Watch WorldSBK action continue on Sunday with the Tissot Superpole Race and Race 2 with the WorldSBK VideoPass! 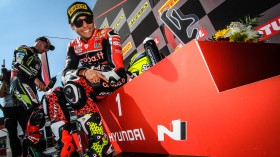 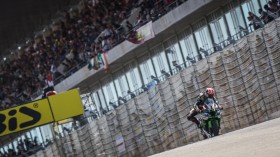 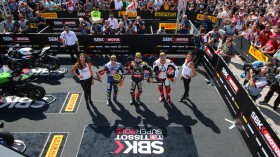