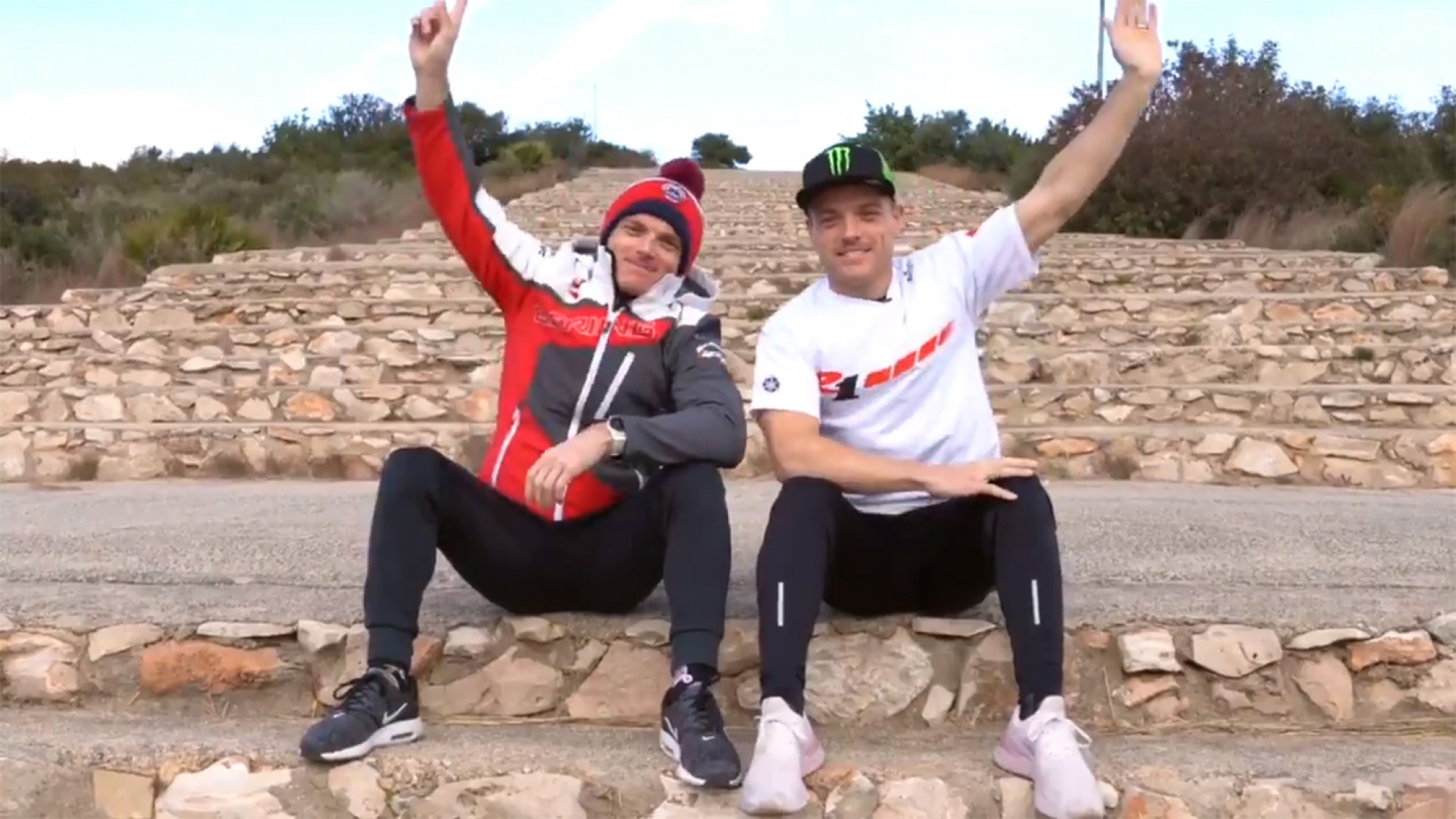 Are twin brothers Alex and Sam Lowes so alike?

Waiting for the new season to start, twin brothers and riders Alex and Sam Lowes had a bit of fun between their training sessions.

The Pata Yamaha WorldSBK rider Alex Lowes made a short Q&A video with his twin Sam Lowes, that apart from looking the same as his brother, he is also a full-time rider in the Moto2™ World Championship.

1/2 Little bit of fun in between training sessions with bro @SamLowes22 pic.twitter.com/VtODdsSbas

2/2 The big question! For now I have a 100bhp advantage so I’ll take that one! #team22 @SamLowes22 #whoisfaster pic.twitter.com/bCoK0fftjz

Alex shared the video on Twitter where the two are answering some funny questions that show that the they are not completely alike even if they can’t tell who between the two brothers is the fastest on track.

Catch up with all the action from the Pata Yamaha WorldSBK Team and Alex Lowes with the WorldSBK VideoPass.