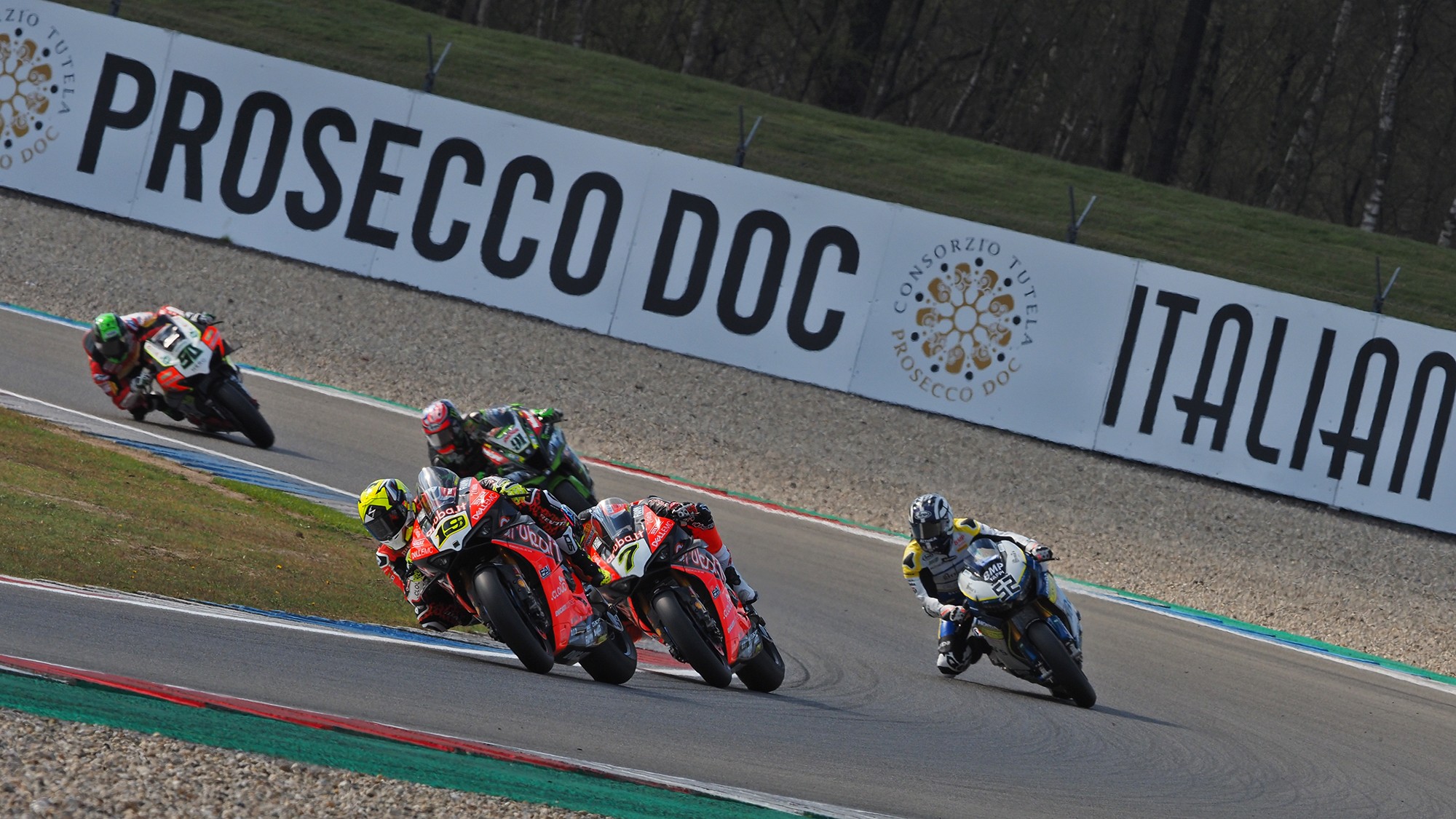 Prosecco DOC and Dorna WSBK Organization are pleased to announce that the Italian consortium will be Event Main sponsor for the eighth round of the 2019 MOTUL FIM Superbike World Championship that will be held from 5th-7th July 2019 at the historic circuit of Donington Park in the UK.

Home for many of the riders contesting the series, the British track has always been the stage of surprising and unpredictable battles, and with no doubt, the 2019 Prosecco DOC UK Round will be another exciting WorldSBK event this year.

Founded in 2009 to associate all Prosecco producers, Prosecco DOC guarantees the top quality of the famous wine and protects the Controlled Designation of Origin status (DOC) that the wine received on the same year.

With more than 450 million bottles produced in a year, the consortium has been growing steadily over the last decade, and by extending their support to the WorldSBK championship for the UK round, Prosecco DOC aims to expand even more the success of the drink worldwide, thanks to the global exposure offered by the series.

Alongside being sprayed at the end of each podium celebration, the famous wine is distributed in most of the fan zones around the world and sipped by the WorldSBK fans in the paddock.  This partnership will confirm once again the success of the collaboration between the consortium and the championship, and it will ensure a unique experience to all the British fans attending the UK Round.

Stefano Zanette, Consorzio Prosecco President: “Motorcycle world is a great achievement for us, thanks to the many-years partnership with Superbike. Being Title Sponsor in Donington is strategically crucial for us, considering that the UK is one of the most important countries for the Consortium.

We have recently become official MotoGP™ and MotoE supplier; indeed, it is with the electric motorbike that we feel a particular harmony, since we share the same direction towards sustainability.

In terms of brand recognition, Prosecco is gaining a positive feedback from the circuits all over the world. As President of the Consortium, I think that the most meaningful confirmation is proved by the increasing support of the companies who ask to join the activity in order to step on the podium with their own bottle”.

Marc Saurina, WorldSBK Executive Director, Commercial, Marketing & Media said: “It is a great pleasure for us to be able to continue our collaboration with such a precious partner for the championship at the UK Round! Fans can’t wait to be sprayed with the famous Prosecco DOC at the parc fermé. Moreover, the drink will also be distributed in the paddock, and fans will be able to taste the same wine that riders use to celebrate their successes. We believe that with having Prosecco DOC onboard for the UK round, we will be able to create another incredible experience for all the British WorldSBK enthusiasts!”.