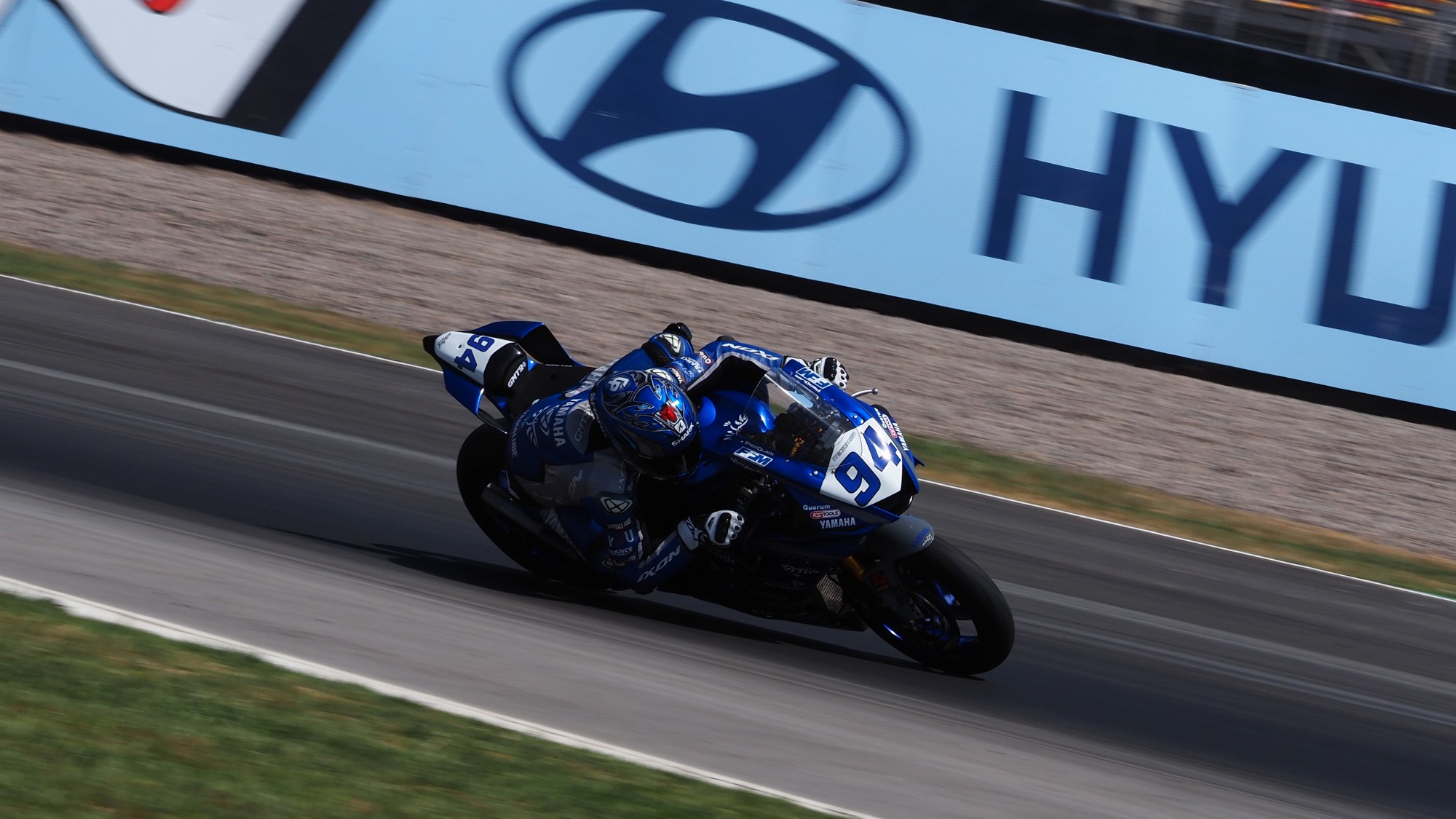 The World Supersport grid took to the San Juan circuit for their Tissot Superpole session in Argentina, more important than ever before at it is match-point for the title this weekend. As the track temperature increased, it became increasingly harder to set a competitive lap time. However, remaining in fine form from topping FP2 on Friday, Corentin Perolari (GMT94 YAMAHA) mastered the hot conditions and the heated battle for pole, taking his first ever World Supersport pole.

The 25-minute session got underway in a bad way for Loris Cresson (Kallio Racing), as the Belgian rider crashed at Turn 1, meaning he had a mountain to climb. It was looking like it would also be a tricky weekend for the BARDAHL Evan Bros. WorldSSP Team duo of Randy Krummenacher and Federico Caricasulo, as the top two in the Championship were languishing outside the top five.

Unlike in the WorldSBK, lap times came on stronger throughout the session and with just three minutes to go, it was looking like a French 1-2-3 on the grid for Sunday’s race. However, it would all be spoilt as the times tumbled in the closing stages, with a variety of riders firing shots at the front row.

In the end however, it was Corentin Perolari who remained at the top of the timesheets and took a career-first pole position in World Supersport. The young Frenchman – who is the seventh youngest WorldSSP pole-sitter in the class’ history – had never achieved a front row until now, proved that his Friday pace was no fluke and he took the pole position by just under a tenth of a second from Italian sensation, Ayrton Badovini (Team Pedercini Racing). The veteran was back on the front row for a second successive round. Completing the front row and eager to keep his title aspirations alive, Jules Cluzel (GMT94 YAMAHA) will be eager to capitalise on his front row advantage.

Heading up the second row, Magny-Cours pole-sitter Kyle Smith (Team Pedercini Racing) made it two Kawasaki’s in the top four. The British rider, who was a constant front row threat, is seeking a first podium of the year in WorldSSP. Fifth place belonged to another Kawasaki rider, as 2017 World Supersport Champion Lucas Mahias secured a second row start, making it three French riders in the top five. Championship leader Randy Krummenacher will start this title quest from sixth place, as he is off the front row for a second round in succession.

Row three features more big names, with Isaac Viñales (Kallio Racing) looking for a second consecutive podium in World Supersport from seventh on the grid. He was able to pip Federico Caricasulo, as the rider second in the standings was only able to finish eighth. One place behind, it was a career-best starting position for Christian Stange (GEMAR Ciociaria Corse WorldSSP Team), who was top Honda. Completing the top ten was Hungary’s Peter Sebestyen (CIA Landlord Insurance Honda).

There’s plenty of work to be completed for plenty of riders outside the top ten, as Hikari Okubo (Kawasaki Puccetti Racing) was 11th, ahead of Raffaele De Rosa (MV AGUSTA Reparto Corse) in 12th and Thomas Gradinger (Kallio Racing) in 13th.

Watch the WorldSSP race fire into life at 14:15 Local Time on Sunday with the WorldSBK VideoPass! 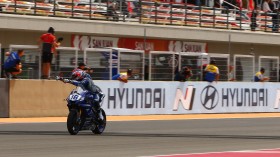 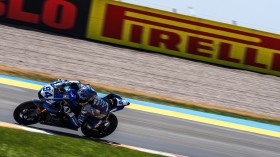 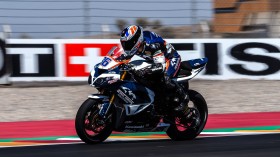