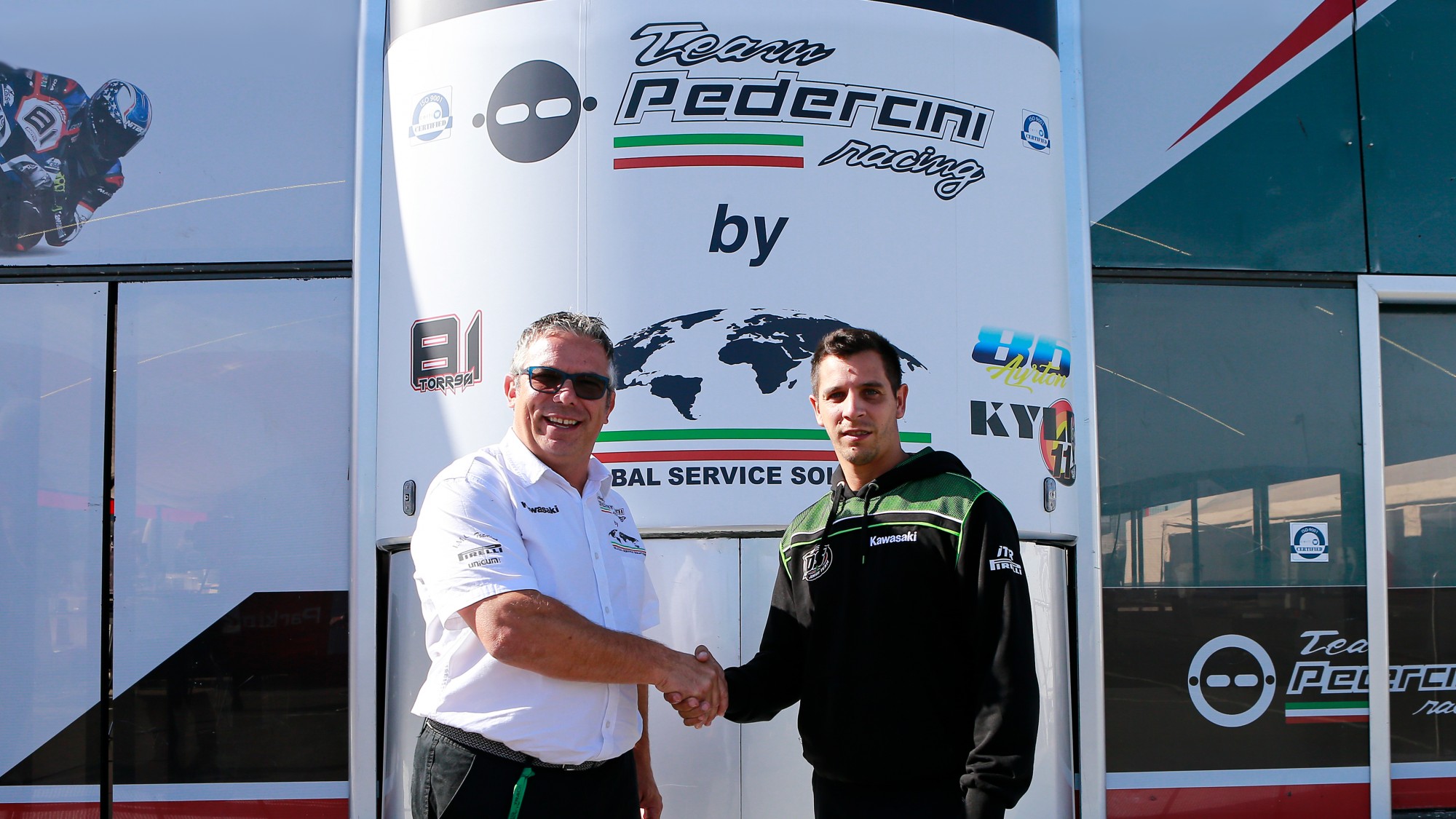 After the announcement that the Team Pedercini Racing Kawasaki outfit would expand its operations in the World Superbike class, they have also been guaranteed to have a strong presence in supporting categories. With Jordi Torres and Lorenzo Savadori at the helm of their WorldSBK project, the team will field two bikes in World Supersport and World Supersport 300 – the latter of which will see them join forces with David Salom, whilst Kyle Smith and Ayrton Badovini are back for 2020 in WorldSSP.

Lucio Pedercini, the name behind the team, has been a part of the World Superbike family since his debut as a rider back in 1998, and has since become a familiar face around the paddock, with his own team. Joining forces with Kawasaki in 2008 and resuming a two-rider line-up in WorldSBK for the first time since 2016, Pedercini is confident that the partnership of himself and David Salom in the WorldSSP300 class will be a good one.

“With David Salom, we will join forces in the World Supersport 300 category,” he began. “I have known him a long time and I think that this is the best choice for me, to involve him in the WorldSSP300 project. The team want to be present in every category: two riders in WorldSBK, two in WorldSSP and two in WorldSSP300.”

The new expansion is only set to strengthen all classes and it has come at a timely moment of the season, with the World Supersport team having one of their strongest outings of the season. Kyle Smith took pole and wrapped the ESS Cup up with ninth in the race, whilst Ayrton Badovini was on the podium in third – his first in three years.

Speaking about his 2020 WorldSBK line-up, Pedercini stated his excitement: “I have known Lorenzo Savadori a very long time, as he was with us in Superstock 1000 and then, I was his manager. I know him well, so I think we can do a very good job with him; an Italian rider for an Italian team is very good. With Jordi, it will be good to all grow up together, as now, Jordi is alone. We want to be strong for next season in every category!”

Make sure to follow the closing rounds of the 2019 to get ready for 2020 with the WorldSBK VideoPass!