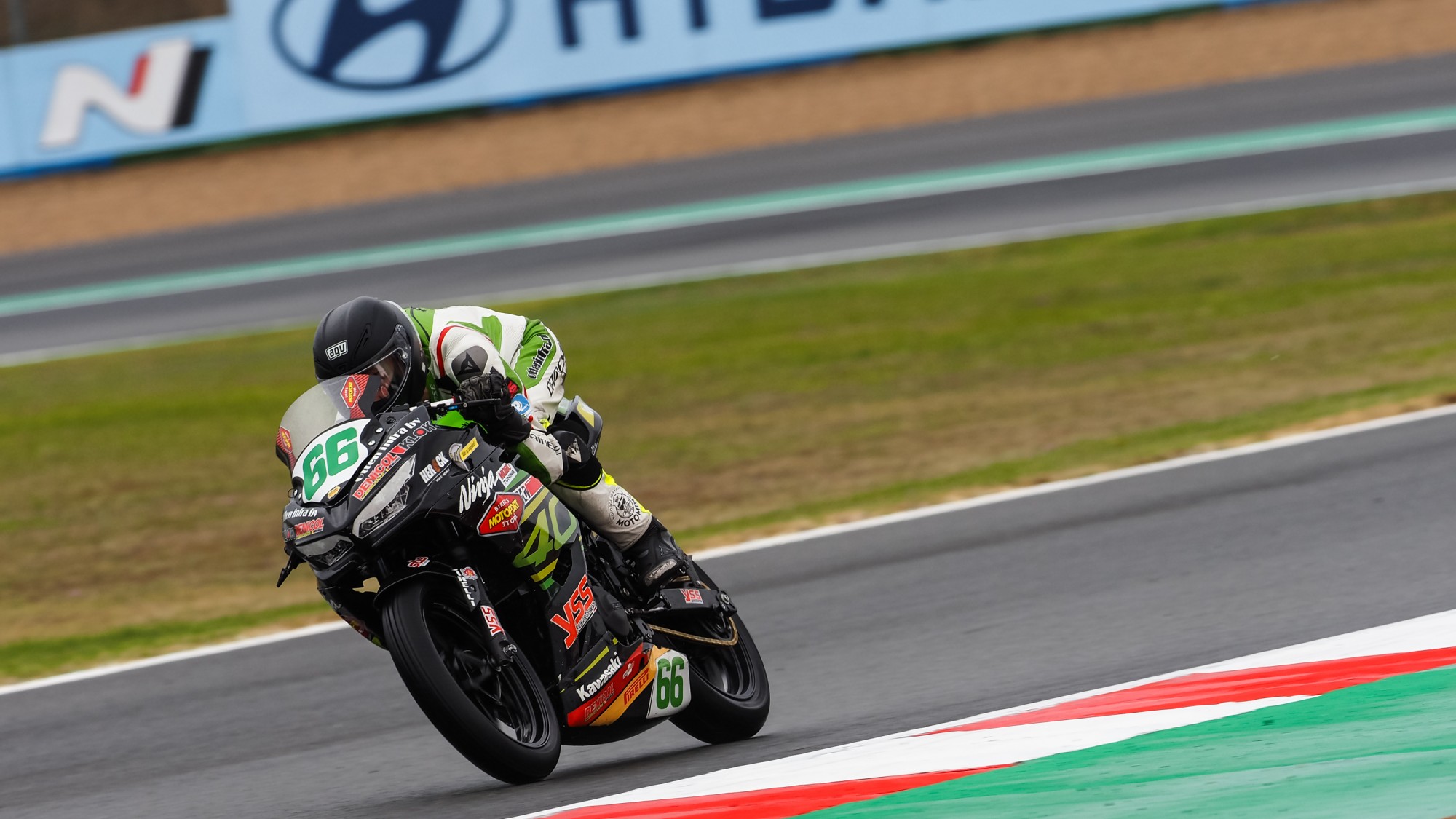 Wet weather dominated day one for the WorldSSP300 class at the Pirelli French Round, with Group A enjoying a window of drier conditions earlier this morning. With heavier rain falling during the opening session, Dion Otten (MTM Racing Team) saw his FP1 time remain unbeaten with many of the big hitters faced with tougher conditions in Group B.

Otten, who finished a strong sixth at Donington Park earlier this year, finished three hundredths of a second clear of Galang Hendra Pratama (Semakin Di Depan Biblion Motoxracing) with Nick Kalinin (Nutec - RT Motorsports by SKM - Kawasaki) third as he goes in search of three consecutive top-six results this weekend. Ana Carrasco (Kawasaki Provec WorldSSP300), who must win this weekend to have any chance of retaining her title, was fourth with Jan-Ole Jahnig (Freudenberg KTM Junior Team) rounding out the top five.

With Group B running exclusively in wet conditions, precious few conclusions can be drawn by comparing lap times between the two groups. Tom Bramich (Carl Cox- RT Motorsports by SKM - Kawasaki) suffered a crash in FP1, sustaining a concussion and fractured left elbow, and has been declared unfit. This has opened the door for Mika Perez to step in, and the 2018 championship runner-up topped the overall times in Group B ahead of Adrien Quinet (TGP Racing) and Victor Steeman (Freudenberg KTM Junior Team) who suffered a crash in FP1. Hugo De Cancellis (Team Trasimeno Yamaha) was fourth in Group B with Jose Luis Perez Gonzalez (DS Junior Team) next up.

This weekend could see Manuel Gonzalez (Kawasaki ParkinGO Team) crowned the 2019 WorldSSP300 champion and the Spaniard made a bright start, topping FP1 in Group B, closely followed by his nearest rival Scott Deroue (Kawasaki MOTOPORT). However limited running in FP2 for the championship leader saw him drop to 8th within his group, while Deroue sat out the second session completely.

Top six after day one (Group A), for full results, click here!

Top six after day one (Group B), for full results, click here!