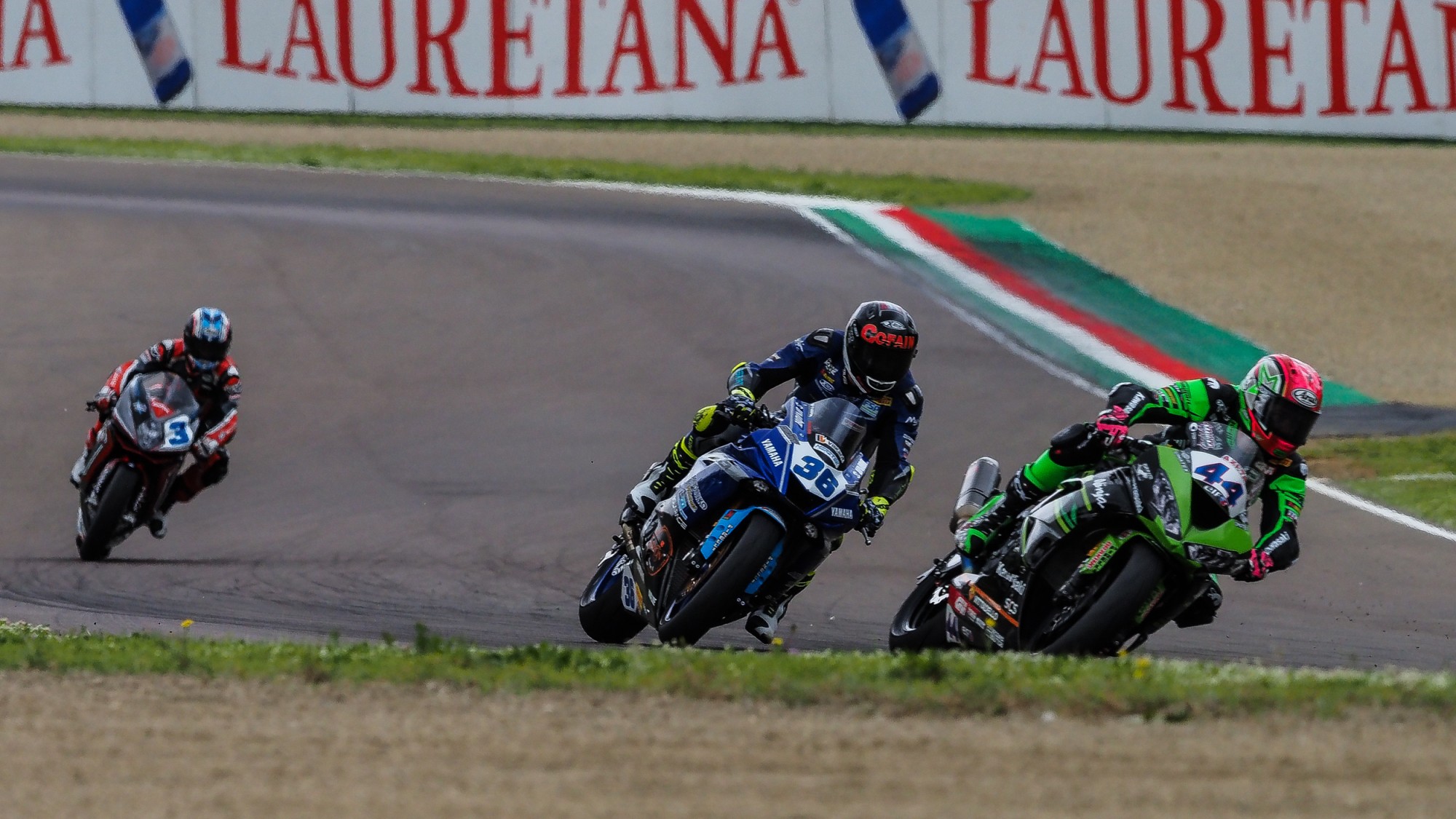 Despite a tricky Imola, the 2017 WorldSSP champion declares that he “must continue believing” for 2019!

Lucas Mahias (Kawasaki Puccetti Racing) embarked on a new adventure at the start of 2019 when entering signing with Kawasaki and moving aboard the ZX-6R. In the face of Yamaha’s dominance, the 2017 WorldSSP champion is giving his best to put the manufacturer back in the highest position on the podium, something that has not happened since the victory of Kenan Sofuoglu - his rival at that time - in Portimao 2017.

"The bike is progressing little by little and I think I also need to adapt," explains Mahias, who rides for the team led by Manuel Puccetti. "I do everything I can with what we have, I think we are suffering from a power problem in acceleration. Quite a lot less power, and that forces me to force the front at the entrance of the corners to keep up with the pace, which is why it's difficult to get on the podium."

Starting seventh on the Imola grid, matching his best result of the season, Mahias made an excellent start to the race. After climbing to fourth position, he went on the hunt for his compatriot Jules Cluzel (GMT94), but the chase ended with an unexpected crash when he hit his rival's bike when both negotiated the last chicane. "I'm really disappointed because it was not an error of mine," he explains. "I could not do anything. Jules did not accelerate at the right time, or he did not do it at the chicane exit. It would have been worse if I had gone under the bike or if it had happened in a fast chicane."

Despite the drama of the incident, Mahias managed to resume the race and finish in eighth position, saying: "I'm not completely happy with the final result, I think we could have been on the podium in that race, we had a good pace, although the sessions and the qualifying session are always complicated, I found rhythm on Sunday."

The Kawasaki Puccetti Racing rider now looks at the next round on the calendar, in Jerez, where he intends to be fighting at the front: "I think Jerez is a slightly more favourable track for the Kawasaki, at least it may be easier than Imola," he says. "In any case, we will continue in the same way, giving our best, we will continue working with the team and with Kawasaki to improve the bike and make it competitive."

What is the goal for the event in southern Spain and for the rest of the season? "My goal has changed, I had to fight for the title and now I'm struggling to climb. It's like that, there are some years when things are not going as well as you want, I also think that I needed a bit of time to adapt to the bike and that we lack power... If we manage to put everything in face, we can fight for the victory every weekend, we do not lack so much, we are getting closer, we must continue believing in the podium and maybe in a victory "

Can Spain be the turning point for Mahias? Find out by subscribing to WorldSBK VideoPass!