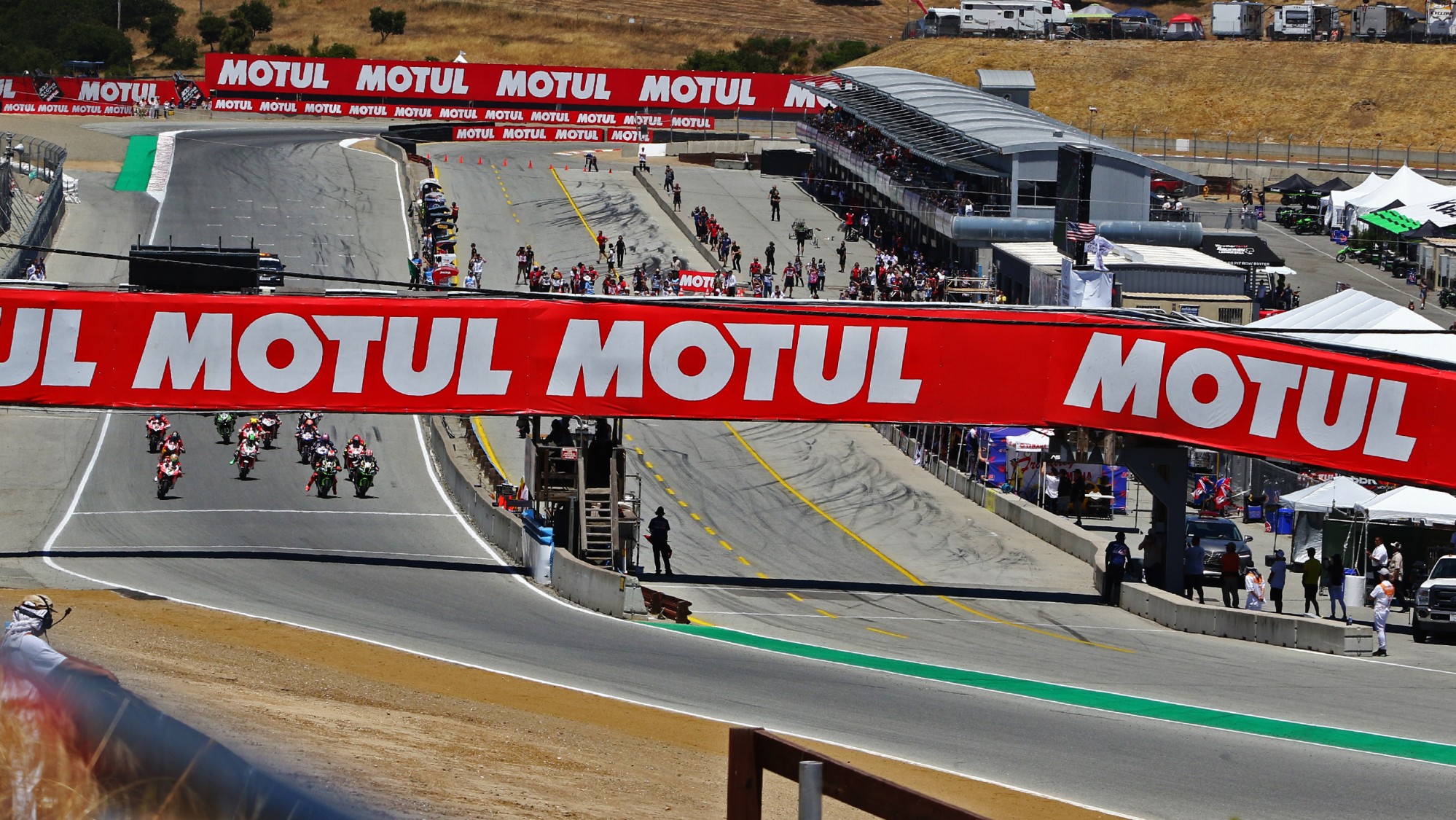 Two riders going head-to-head for WorldSBK supremacy: what have you got for us Laguna Seca?

After an action-packed Donington Park, the 2019 MOTUL FIM Superbike World Championship moves on with great pace to the Land of the Free: the USA and Laguna Seca are up next. One of the shorter circuits on the calendar but just as technical, the WeatherTech Raceway Laguna Seca in Monterey, California will see riders try and carry momentum into the Summer break. If one thing is predictable about WorldSBK in recent rounds, it is that it is completely unpredictable.

Having come off the back of his first hat-trick in WorldSBK, Jonathan Rea (Kawasaki Racing Team WorldSBK) has overturned a 61-point deficit after the Tissot Superpole Race at Jerez into a fruitful, 24-point lead after his home round, arriving in the USA as Championship leader. Rea’s record at Laguna Seca isn’t staggering but it is far from poor, as he has been victorious in three of the last four races there, although on his charge to title number two, he was rudely welcomed to the USA with his first retirement of the year.

With a season of extreme highs and pivotal lows, nothing is nailed-on in the USA. However, Rea will look to show WorldSBK rookie Alvaro Bautista (ARUBA.IT Racing – Ducati) the ropes and if his teammate Leon Haslam can help him, then even better. Haslam himself has a steady record at Laguna Seca, with numerous top ten finishes but not one single podium. Will Haslam and Rea cause Ducati problems in Monterey?

It is a new challenge for Bautista this weekend, a new perspective. No longer is he the hunted, but he is now the hunter – a position that Jonathan Rea himself has said he would rather be in. Bautista must strike back before going into the Summer break, as he can’t afford to give more points away to Rea before the season arrives at circuits like Magny-Cours and Circuito San Juan Villicum.

The 34-year-old Spaniard has relative experience from his MotoGP™ days, with a fourth place and less than a tenth of a second away from a podium in 2013 being his highlight. Going into the ninth round of the Championship, it is a timely reminder that winning distances don’t count for more points, but consistency does.

Consistency really is key in 2019 and one rider who, against the odds, made it to the top ten at Donington Park was Michael van der Mark (Pata Yamaha WorldSBK Team). Third place in the championship may not be too safe from his teammate Alex Lowes but despite his comeback weekend, the Dutchman maintained the bronze-medal position and now heads to the USA – a track where he has never been outside of the top ten, with his best result for Yamaha coming last year in Race 2. Yamaha haven’t won at the famous Californian venue since 2000 with Noriyuki Haga, so can their current stars earn their stripes this year?

Brits do have a bit of a winning habit at the USA, just ask Tom Sykes. After giving BMW their second ever pole position last time out at Donington Park, he will be hoping that he can remount the podium for a third round in succession and, if possible, take a fourth win in the USA – his last one coming in Race 2, 2016. BMW as a manufacturer have two podiums in America, both coming in 2013 with Davies and Melandri – something Tom Sykes will be keen to change.

Watch out, there’s a Laguna Seca enigma about – Toprak Razgatlioglu by name, but top job by nature. Toprak Razgatlioglu (Turkish Puccetti Racing) is in rich form, with five podiums from the last four rounds – including his first ever double podium coming at Donington Park. But who knows what Toprak can do at Laguna Seca after he suffered a huge accident there in 2018, forcing him out of action for Race 2. The 22-year-old Turkish rider has given the crowd an underdog story in 2019, with Laguna Seca looking to be the place where his hopes of WorldSBK victory come true. Time for some California Dreamin’, Toprak.

One star who will certainly need a result is Chaz Davies (ARUBA.IT Racing – Ducati), as he’s looked off the boil since his Imola podiums. A struggle at Donington Park and Misano and bad luck at Jerez means that the Welshman – three times a winner at Laguna Seca, including a double in 2015 – must steady the tide as soon as possible. Will Chaz Davies right the ship and become Captain America again?

Michael Ruben Rinaldi (BARNI Racing Team) will be one rider who is tackling one of the most iconic racing venues in the USA for the first time. The 23-year-old Italian will be a debutant at the circuit, whilst contrastingly, 36-year-old veteran Ryuichi Kiyonari (Moriwaki Althea Honda Team) will also venture to Monterey for the first time. Fellow Honda rider, Alessandro Delbianco (Althea Mie Racing Team), is another rider looking to make a strong first impression with the American venue, whilst reigning WorldSSP Champion, Sandro Cortese (GRT Yamaha WorldSBK) will also ride Laguna Seca for the first time.