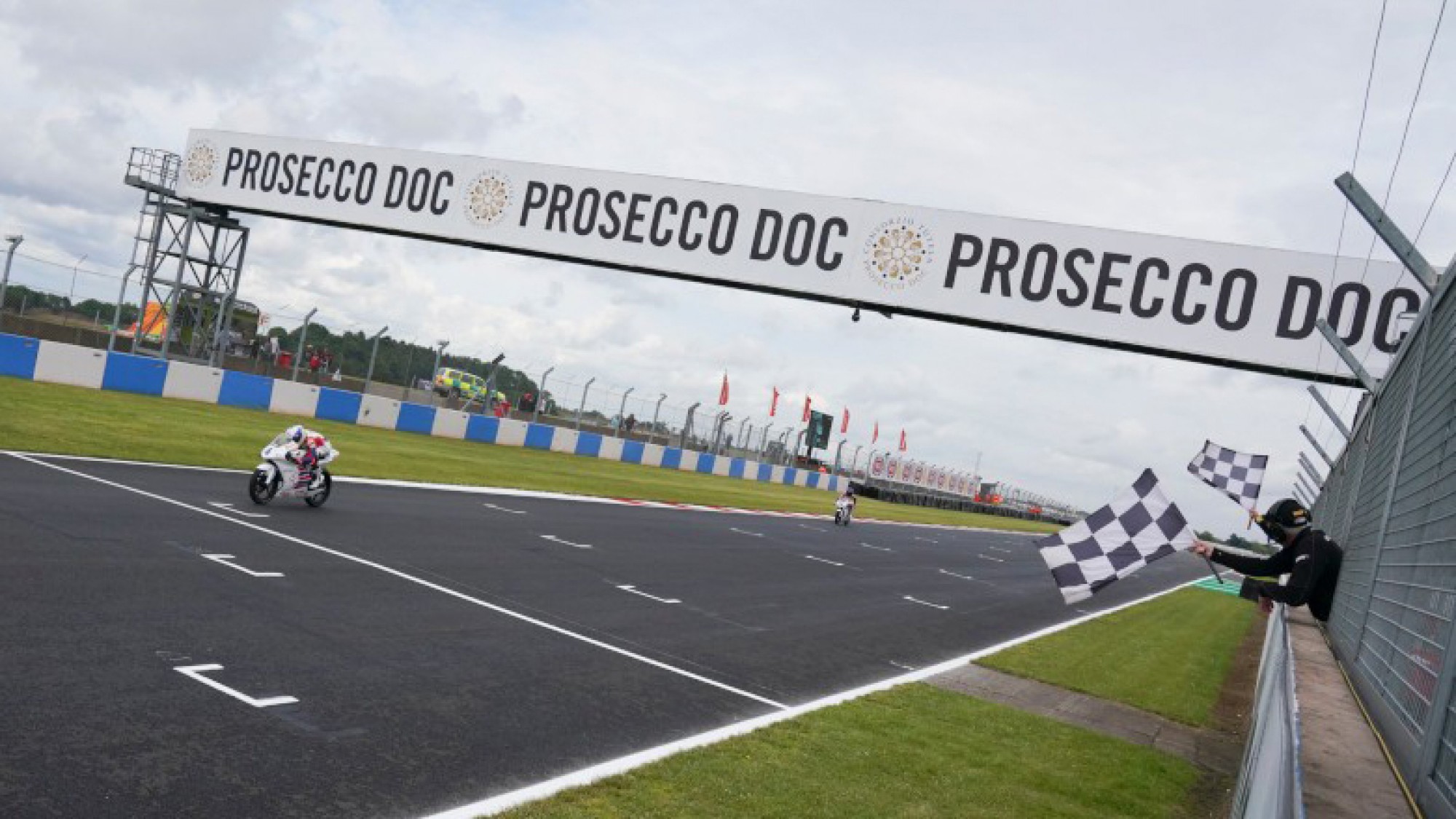 The number 4 fights off Horsman for victory at Donington Park

Scott Ogden took an impressive third win of the year in Race 1 at Donington Park, with the number 4 able to pull the pin in the latter stages and escape from key rival Cameron Horsman to extend his lead in the standings. The battle for the final place on the podium saw Jack Nixon emerge victorious from a group squabble for glory after a crash out of contention for Fenton Seabright.

Ogden took the holeshot from pole, getting a solid getaway but immediately joined in a top trio by Fenton Seabright and Cameron Horsman as they soon began to pull away from a group fight for fourth. It wouldn't last long, however, as Seabright struck for the lead on Lap 2 before Horsman tried his hand at getting out front as well. But the number 22 was determined and he took over in the lead once again a lap later, with Scott Swann then breaking away from the freight train fight for fourth and trying to reel them in.

That he did, and he had company in the form of Irishman Rhys Irwin and Jack Nixon. The initial breakaway trio became a sextet squabbling at the front, and Seabright then started to pull away as the battle raged behind him. Visually free of the fight, it seemed like Seabright was going to be hard to catch but Ogden had other ideas and got his head down, chipping away at the gap.

By eight laps to go, Ogden and Horsman were back in the mix and it was a trio at the front once again. And it didn't take long, with Ogden striking a lap later and heading around the outside of the number 22 machine to take back the lead. But Seabright struck back and then Ogden struck back, with Horsman hovering just behind the duel. Not long after that though, disaster struck for Seabright as he suddenly slid out of contention with just five laps to go.

That left Horsman trailing Ogden by a good few tenths and from then on, the number 4 was pitch perfect. Everything under control, he took a sublime third win and crossed the line just over eight tenths of a second ahead of Horsman, giving himself a further five points' advantage in the Championship fight.

With Seabright out, the big battle for fourth became a battle for the podium, with Nixon fighting Swann, Irwin and Jack Hart. Ultimately it was Nixon who came out on top; Swann taking fourth but moving up to third overall in the standings as Irwin and Jack Hart took fifth and sixth respectively.

Charlie Farrer took seventh after he duelled Brian Hart and the two crossed the line just 0.071 apart, with Charlie Atkins having a more lonely ride to P9. Rookie Torin Collins completed the top ten, beating Harry Leigh to the honour by just over a tenth.

That's Race 1 and the half way point in the season, but there's more from Donington Park on Sunday as the BTC race once again. Tune in at 16:15 local time (GMT+2).