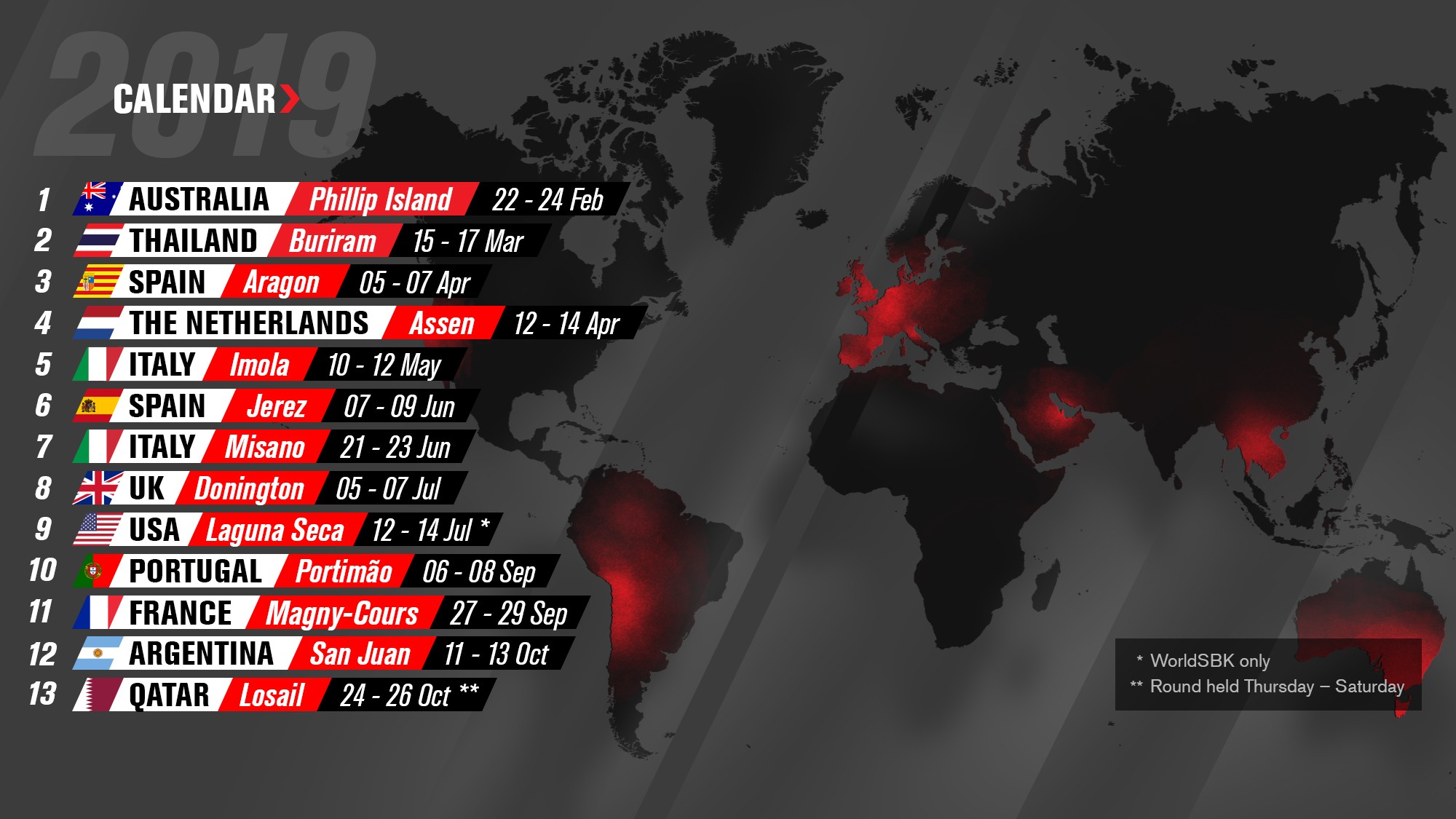 County of Monterey and Dorna WSBK Organization are delighted to announce WeatherTech Raceway Laguna Seca will once again be a stop on the MOTUL FIM Superbike World Championship calendar in 2019.

Set to welcome the WorldSBK paddock from 12th – 14th July, round nine of the championship will be directly after the UK WorldSBK Round at Donington Park and will be a perfect way to see the series head into the summer break.

Laguna Seca has hosted SBK® since 1995 – with a small gap from 2004 to 2013 – and is a well known staple on the calendar. An ever popular round for fans, riders and teams, it has seen 15 different race winners over the years, but it has been Jonathan Rea (Kawasaki Racing Team WorldSBK) who has made his mark over the past two seasons, winning the last three races around the undulating 3.61km track.