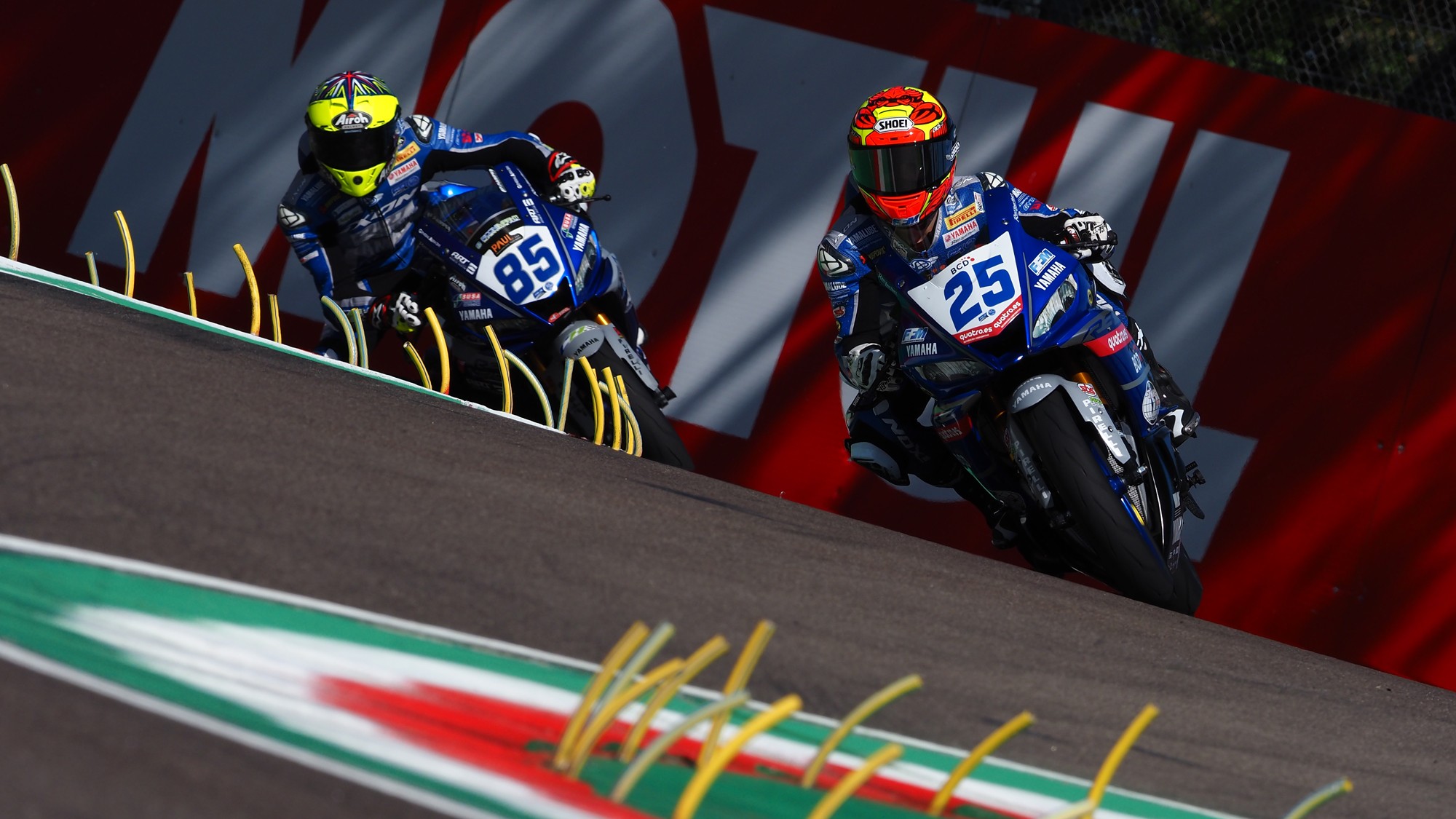 A new race series will be introduced for 2020 with the aim of providing a path to the world stage for young riders.

Yamaha Motor Europe, FIM Europe and Dorna WSBK Organization are delighted to announce the creation of the Yamaha R3 bLU cRU European Cup, which will be contested across eight races at the European rounds of the 2020 MOTUL FIM Superbike World Championship.

Designed with the aim to become a springboard for young riders with World Championship aspiration, the brand-new series will be open to riders between 12 and 15 years old and it will be contested exclusively on a Yamaha YZF-R3 bike, a winning machine already in the 2019 FIM Supersport 300 World Championship.

"With the launch of the Yamaha R3 bLU cRU European Cup we are making road racing accessible to youngsters who, up until now, have been excluded from competition on production race bikes due to their age. The aim of the new series is to provide youngsters aged 12 to 15 years from around the world with a fully supported and cost-effective path into road racing, with the added benefit of racing alongside the stars of the FIM Superbike World Championship they aspire to emulate” explained Andrea Dosoli, Yamaha Motor Europe Road Racing Manager. “The series is backed by Yamaha Motor Europe, Dorna WSBK Organization and FIM Europe, with logistical and technical support provided by Japan Italy Racing. This allows us to offer a turnkey solution, with riders able to simply turn up and race. Together with the Yamaha R3 national championships the Yamaha R3 bLU cRU European Cup forms the base of our rider development pyramid that, ultimately, provides a path within the Yamaha racing program to the very pinnacle of the sport, MotoGP."

Martin de Graaff, President of FIM Europe also explained: "This new Yamaha R3 bLU cRU FIM European Cup is part of our aim at FIM Europe, young riders preparing for European and World Championship racing. It fits exactly in our program. For young riders, the opportunity to compete at this level, in front of a large number of spectators and important World Championship teams must be a dream. FIM Europe would like to thank both Yamaha Motor Europe and DWO for this opportunity."

"The Yamaha R3 bLU cRU European Cup will have a main focus on giving young, up-and-coming talent a chance to succeed in World Superbike” added Gregorio Lavilla, WorldSBK Executive Director Sporting and Organization. “Having one of the most successful manufacturers in history partnering WorldSBK in providing support and resources to the next generation of WorldSBK stars is of great importance, whilst more on-track racing in 2020 will offer additional exhilarating action."

With a grid of 36 riders from around the world expected to line up for the inaugural round of the series in 2020, the Yamaha R3 bLU cRU European Cup promises lots of exciting races alongside the unmissable action of WorldSBK, WorldSSP and WorldSSP300 at the 2020 European rounds of the MOTUL FIM Superbike World Championship.