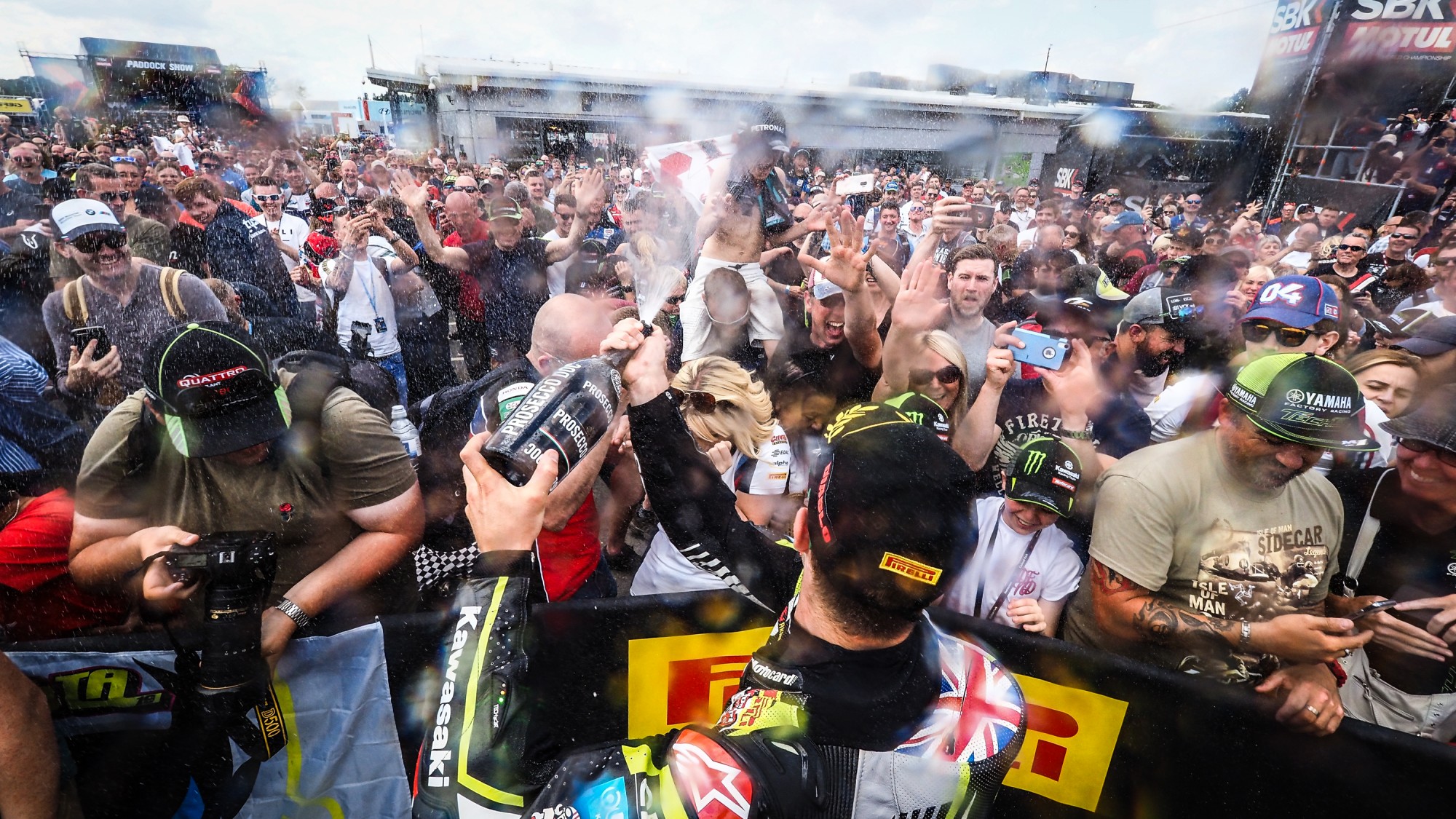 The championship has been blown wide open in the last few events, with Jonathan Rea becoming the new WorldSBK Championship leader!

The Donington Park circuit hosted one of the biggest turning points in recent years, as Jonathan Rea (Kawasaki Racing Team WorldSBK) took a hat-trick of wins on his way back to the top of an ensorcelling 2019 MOTUL FIM Superbike World Championship. It is therefore only right that his return to the top of the standings is the moment of the weekend.

Starting from the middle of the front row, Rea bolted into the lead and put in a sublime wet weather performance, worthy of moment of the weekend on its own. The Ulsterman swept majestically through the undulations of Donington Park, with the rain pouring down and the heavens beginning to open. However, there would be a crucial twist to the championship complexion, as then-Championship leader Alvaro Bautista (ARUBA.IT Racing – Ducati) crashed out in dramatic fashion. Rea then precariously held on to his race lead and took a dominant Donington Park victory – arguably, the most crucial one in his career.

With two more race wins coming on Sunday, Jonathan Rea’s miraculous comeback has seen him reverse a 61-point deficit into a 24-point advantage, with a swing of 85 points in the Northern Irishman’s favour over the last eight races. With Laguna Seca the next chapter in the dramatic story of 2019, what more riveting twists lie ahead?

Watch the action unfold from the Geico US Round with the WorldSBK VideoPass!