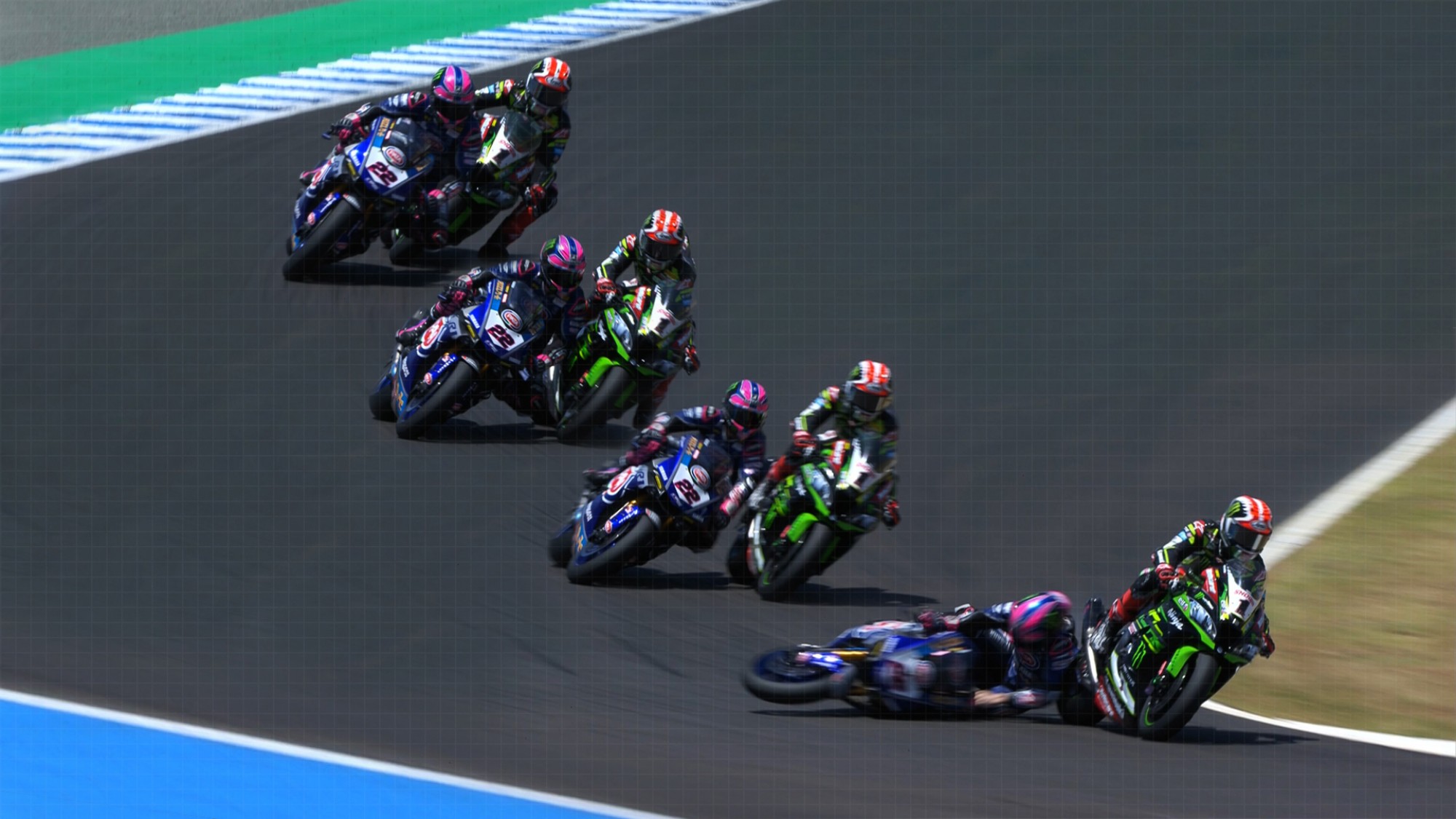 The pair went back and forth all race, in one of the best duels seen this year. And then the final turn happened…

Looking back at all the incredible moments from the Acerbis Spanish Round… Where do you even start when selecting a top moment? Michael van der Mark’s (Pata Yamaha WorldSBK Team) sensational return to the top step of the rostrum, Álvaro Bautista’s (ARUBA.it Racing – Ducati) out-of-the-blue tumble, Jonathan Rea’s (Kawasaki Racing Team WorldSBK) Tissot Superpole Race comeback, the independent riders’ takeover from Race 2…  All incredible highlights from the weekend, but there’s one in particular that may have had a knock-on effect on the rest.

Rea’s Race 1 was not one to remember for many reasons. The Northern Irishman struggled with his front tyre from the get-go, losing out to the leading Ducati and Yamaha. Then came Alex Lowes (Pata Yamaha WorldSBK Team) and with both men on a similar pace, the fireworks began for third place. Move after move, after move: incredible stuff from the two Brits. Until the final turn of the final lap…

They did not meet on track for the rest of the weekend. Lowes suffered two unfortune slips on Sunday, while Rea mounted an extraordinary comeback from 18th to 4th in the Tissot Superpole Race. He was then so close to completing his renascence in Race 2 – but another Pata Yamaha rider had other plans. Two different tales entwined with the other 17 on track, a wide array of emotions covered between them, and a split-second on Saturday that detonated it all.

Relive every single second of the Acerbis Spanish Round thanks to WorldSBK VideoPass.