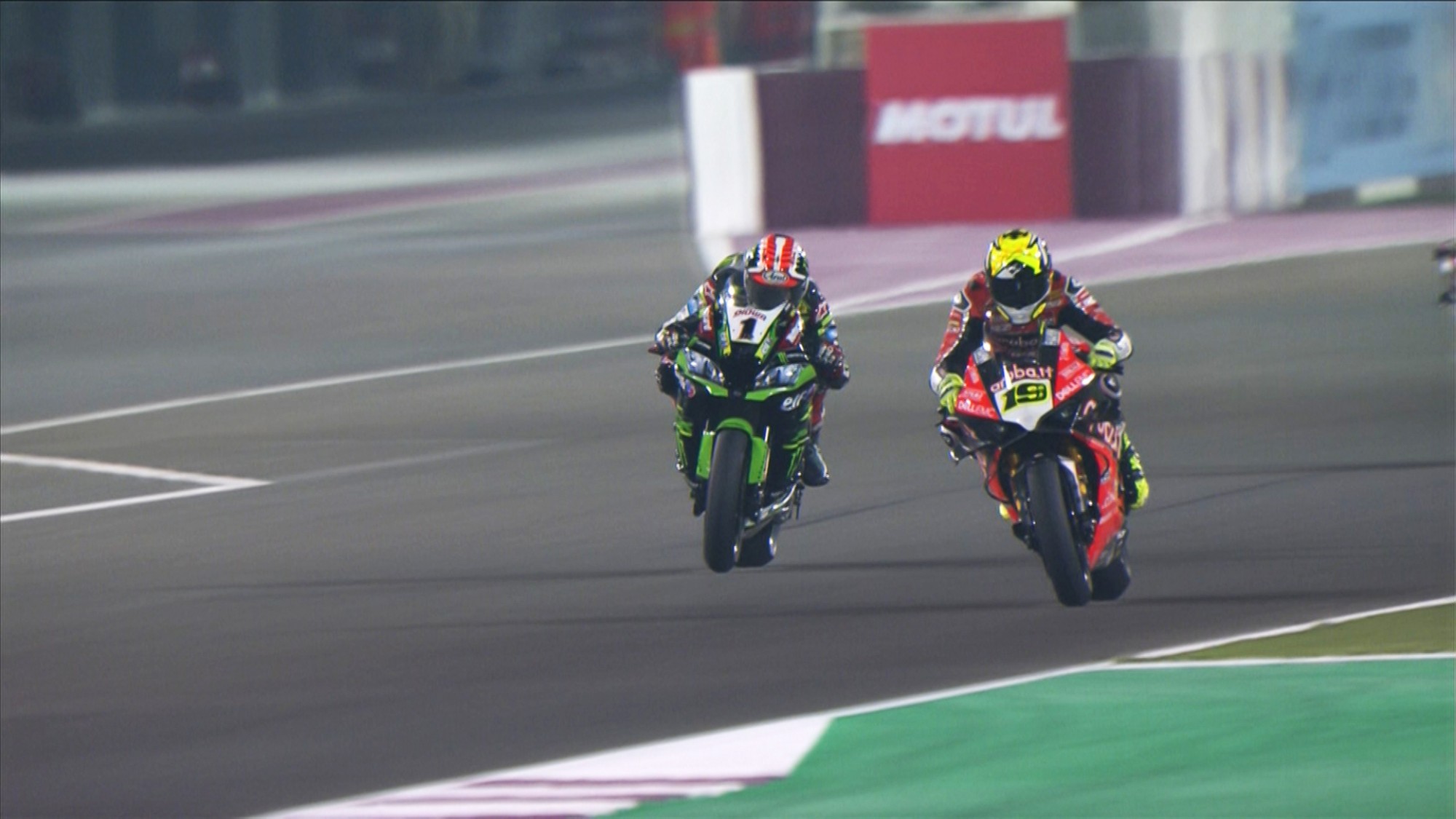 A thrilling Race 2 meant that the sparks would fly between the five-time Champion and the 2019 runner-up!

Ending the season as it started, a thrilling battle at the Losail International Circuit meant that Jonathan Rea (Kawasaki Racing Team WorldSBK) and Alvaro Bautista (ARUBA.IT Racing – Ducati) put on a stunning show, duelling in the desert as both wanted to end the season on a high. There was an added accolade awaiting too, whoever won would make it 17 wins in 2019, to equal the all-time record that Jonathan Rea himself achieved last year but being originally set in 1991 by Doug Polen.

From lights out, Bautista made it to the front but found himself running wide, allowing Rea through. A fascinating duel a lap later saw the two almost collide and despite the five-time World Superbike Champion edging clear, a motivated Bautista romped back up the rear wheel of Rea. The two duelled and swapped paint, allowing for Chaz Davies to eventually close in on the pair. Rea escaped and whilst Davies got ahead of Bautista, the Spaniard wouldn’t give in.

Enjoy all of the build-up to the 2020 season with the comprehensive WorldSBK VideoPass!