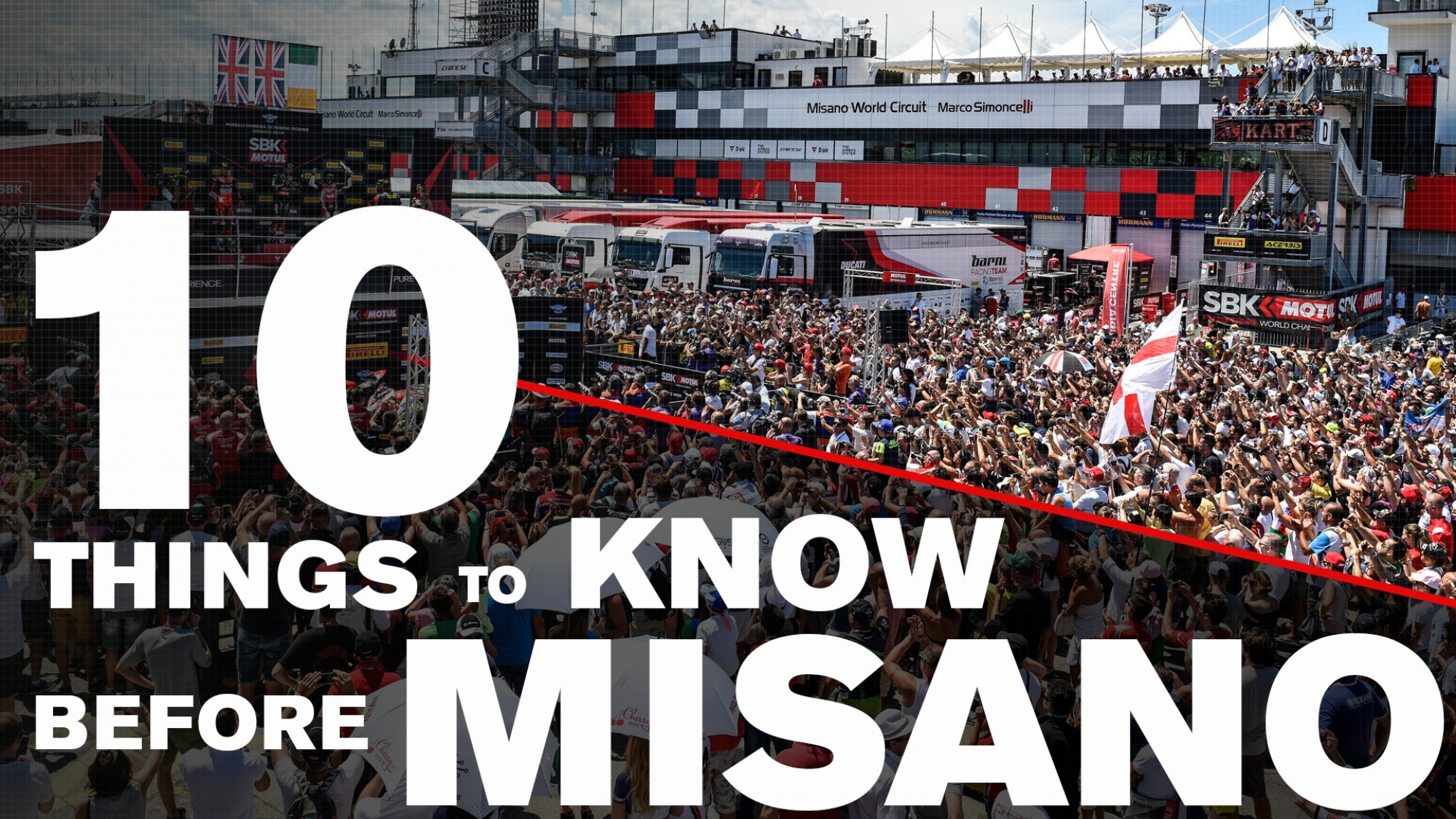 52 – Misano has hosted 52 WorldSBK races so far, third overall with Donington. Only Phillip Island (58) and Assen (56) have hosted more races.

29 – This is the track in which a single manufacturer has won the highest number of races: Ducati won here 29 times. Next up is also Ducati, with 27 wins in Assen. The best value for another team is 15 by Kawasaki at Donington.

79 – The podium placements of Ducati riders in Misano, an all-time record. The next highest is from Assen, as the Italian manufacturer have 75 there.

7 – Kawasaki is running the record string of Misano Superpoles: they have recorded pole position in the last 7 years here, from 2011. The absolute record string in WorldSBK history has been set by Ducati in Brands Hatch: 9 straight poles in qualifying from 1995 to 2002 (double race weekend in 2000).

1 – There is only one rider in the current field who has qualified from pole at Misano: Tom Sykes, 7 times. He has recorded pole in all his last seven race weekends here. Sykes is the only man in WorldSBK history with 7 poles at any given track.

12 – Ruben Xaus is the only rider who won here starting outside the top ten on the grid. In 2003, he recorded the double starting twice from 12th on the grid.

10 – Ten years ago Jonathan Rea got his maiden WorldSBK win at this track. 72 wins and four World Championships have since followed.

3 – There are only three riders in history with two-digit podium figures in Misano: Troy Corser (16), Troy Bayliss (11) and Jonathan Rea (10).

6-6 – Last year Jonathan Rea joined Troy Bayliss as the most successful Misano rider: they both won 6 times here. Rea could surpass him this season.

Keep up with all the action from the Pata Riviera di Rimini Round with the WorldSBK VideoPass.