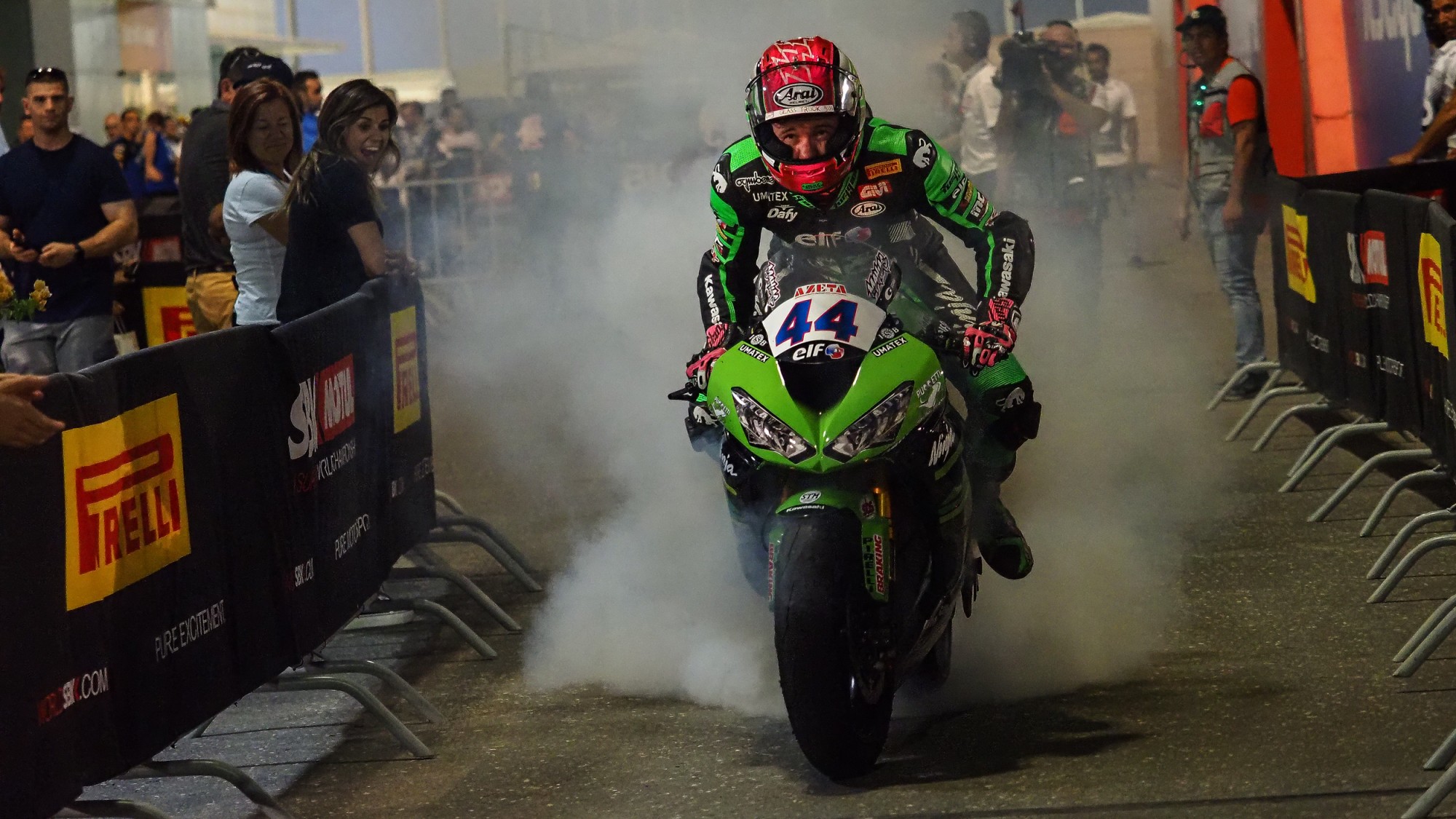 Even a dodgy stomach couldn’t hold back the master of Losail, with Mahias notching up a third consecutive win at the Qatari circuit…

It was a second win of the World Supersport Championship season for 2017 WorldSSP Champion Lucas Mahias (Kawasaki Puccetti Racing), putting in a fine ride at the Losail International Circuit to come out victorious in the Motul Qatar Round. For a third season running, Mahias was able to master the 5.3km circuit in race conditions, taking a victory for Puccetti Kawasaki at one of the only circuit’s they’d not won at before.

Starting from the middle of the second row in fifth position, Mahias got a bright start and was right in the mix for the entirety of the race, swapping paint with GMT94 YAMAHA duo and fellow countrymen Jules Cluzel and Corentin Perolari. As well as the battling French trio, Isaac Viñales (Kallio Racing) was right in the mix, eyeing up his third podium on the bounce. On Lap 8, Mahias pounced on Cluzel, getting under his fellow countrymen at Turn 4 to scupper his compatriot’s chance of victory and therefore the title.

Speaking of the race win, Mahias said: “It was a very good race, I was really pushing for the victory. At the beginning it was difficult, as I knew I had better rhythm than Jules but Perolari was very hard to overtake and that took time. I lost a lot of energy for three laps, because braking hard is not my style. When I moved into the lead, I had only one strategy and that was to push so that no other rider could overtake me in the slipstream. I looked back and nobody was coming and then on the next lap I pushed very hard again and built a gap of 0.8 seconds.”

In the last seven races, Mahias has scored more points than anyone else in WorldSSP. This shows that after developing the bike in the opening half of the season, Mahias now has the package that he needs to go on to achieve great things, having been confirmed as staying at the Puccetti Racing Kawasaki team in 2020. With this form and the expertise of the team, he may well be a favourite for the title.

Continuing to review his second victory of 2019, the former WorldSSP Champion said: “From there, I worked to manage my lead. I did not sleep last night because I am not feeling very well and have a stomach problem. I didn’t eat before the race either, and in the hot conditions, when you are not 100%, you lose a lot of water from your body. But it is OK because we’ve finished the season with a victory.”

Can Mahias take this scorching form forward to the 2020 season? Keep up-to-date with all the action in the build-up to 2020 with the WorldSBK VideoPass!