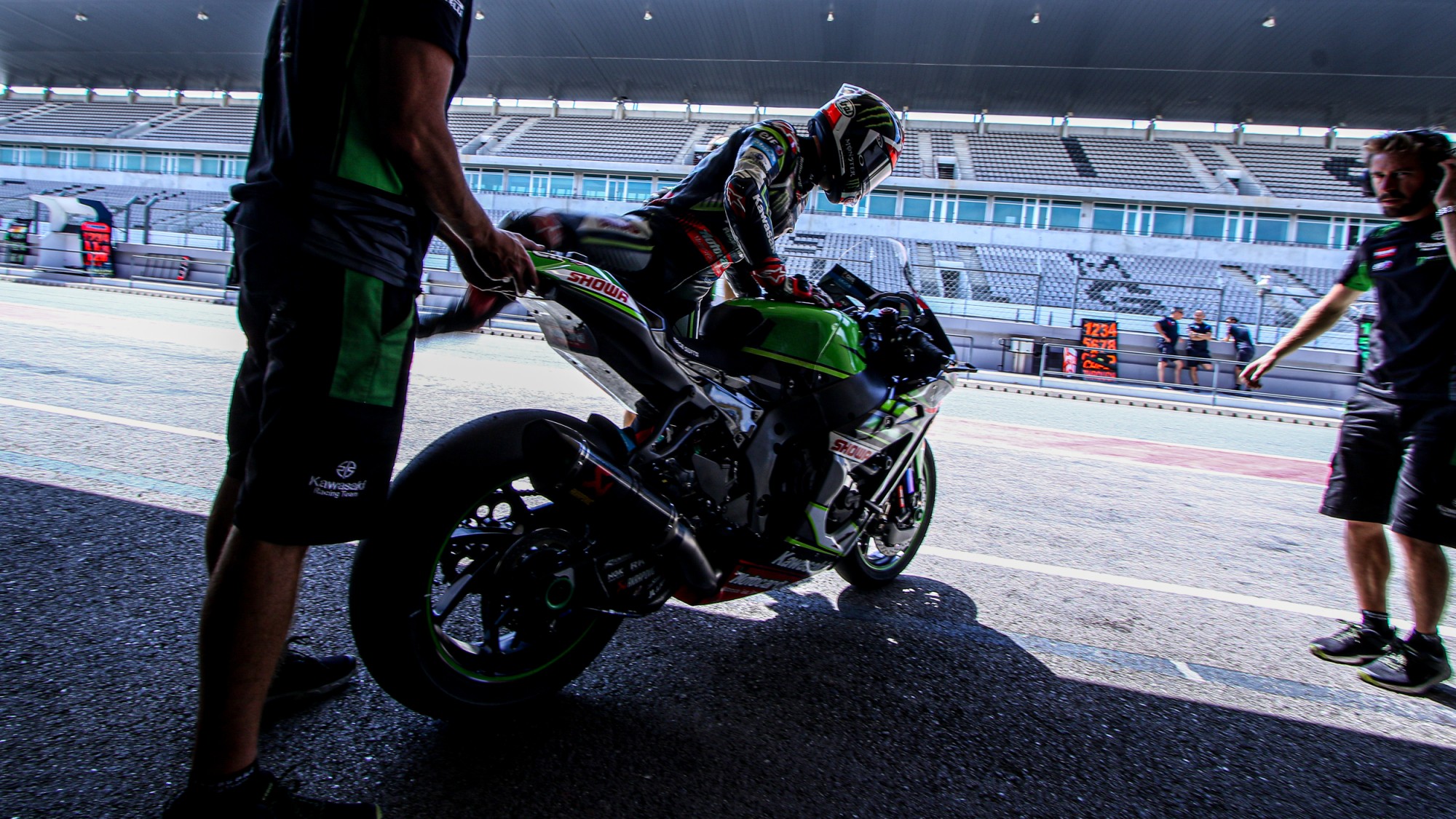 From WorldSBK to WorldSSP300 there will be more than a reason to follow the ACERBIS Portuguese Round!

The 2019 MOTUL FIM Superbike World Championship will return into action at the Autodromo Internacional do Algarve in Portugal for Round 10 of the season from 6th-8th September 2019. After eight weeks of summer break, the anticipation ahead of the ACERBIS Portuguese Round is higher than ever before, and there is more than a reason that makes this expectation worthy.

With just four rounds remaining on the calendar, Portimao will represent the first real match point for some of the riders, teams and manufacturers chasing the 2019 World Title.

Heading to Portimao with 81 points on Alvaro Bautista (ARUBA.IT Racing – Ducati), Jonathan Rea (Kawasaki Racing Team WorldSBK) will have to wait until Magny-Cours to see a first chance to clinch his fifth back-to-back WorldSBK title. With the introduction of a third WorldSBK race this year, there are still 248 points to battle for, meaning that Rea will not have mathematics on his side in Portugal.
Numbers say that Bautista has potentially still a chance to reopen the championship, but it won’t be something easy for the Spaniard. Portimao, Magny-Cours and Argentina are all new territories for him, and after the U.S. Round, he is still struggling with shoulder pain. On the other hand, the Ducati rider has one thing he can celebrate for at Portimao. If Bautista sets the fastest lap time in the races at the Portuguese racetrack, he will be able to win the prestigious 2019 Pirelli Best Lap Award.

After a two-month break, the FIM Supersport World Championship will return into action at Portimao, and the title fight will reach another stage there. But even if there are just four races remaining for 2019, we still need to wait a little bit longer to find out who will put his hands on the big prize this year.
Randy Krummenacher (BARDAHL Evan Bros. WorldSSP Team) leads the championship 15 points ahead of teammate Federico Caricasulo. Moreover, with his last win in the UK, Jules Cluzel (GMT94 Yamaha) has put himself back into the championship battle, as he is now third 41 points behind the Swiss.
Still, the fight for the 2019 riders world title seems to remain a matter between the BARDAHL Evan Bros. WorldSSP Team duo, as this season they were able to get on the podium in eight races out of nine – apart from Donington Park where Krummenacher finished fourth while Caricasulo was second.

Thanks to this impressive podium streak, the BARDAHL Evan Bros. WorldSSP Team will still have a reason to celebrate in advance, as they have a chance to win the WorldSSP Teams World Title at Portimao. The Italian based squad will need to have at least 30 points on the GMT94 Yamaha team and more than 4 on the Kawasaki Puccetti Racing Team to win the title. Also, Kyle Smith (Team Pedercini Racing) can become the 2019 European Supersport Cup Winner if he extends his lead to 25 points on the second.

While in WorldSBK and WorldSSP we still can’t celebrate a new World Champion, in WorldSSP300 Manuel Gonzalez (Kawasaki ParkinGO Team) has his chance to become the youngest World Champion at the age of only 17 years old. The Spaniard currently leads the way with 43 points on 2018 title holder Ana Carrasco (Kawasaki Provec WorldSSP300), Dutchman Scott Deroue (Kawasaki MOTOPORT) and Yamaha rider Andy Verdoïa (BCD Yamaha MS Racing). In the worst-case scenario for Gonzalez, if Carrasco wins, the Spaniard has at least to cross the finish line ninth to put his hands on the prize. Also, Kawasaki can win the Manufacturers World Title in Portugal if they extend their championship lead to 50 points on the seconds. Right now, they lead the standings with 45 points on Yamaha and 68 on KTM.

Find out which 2019 world titles will be assigned at the ACERBIS Portuguese Round! Follow all the action with the WorldSBK VideoPass.