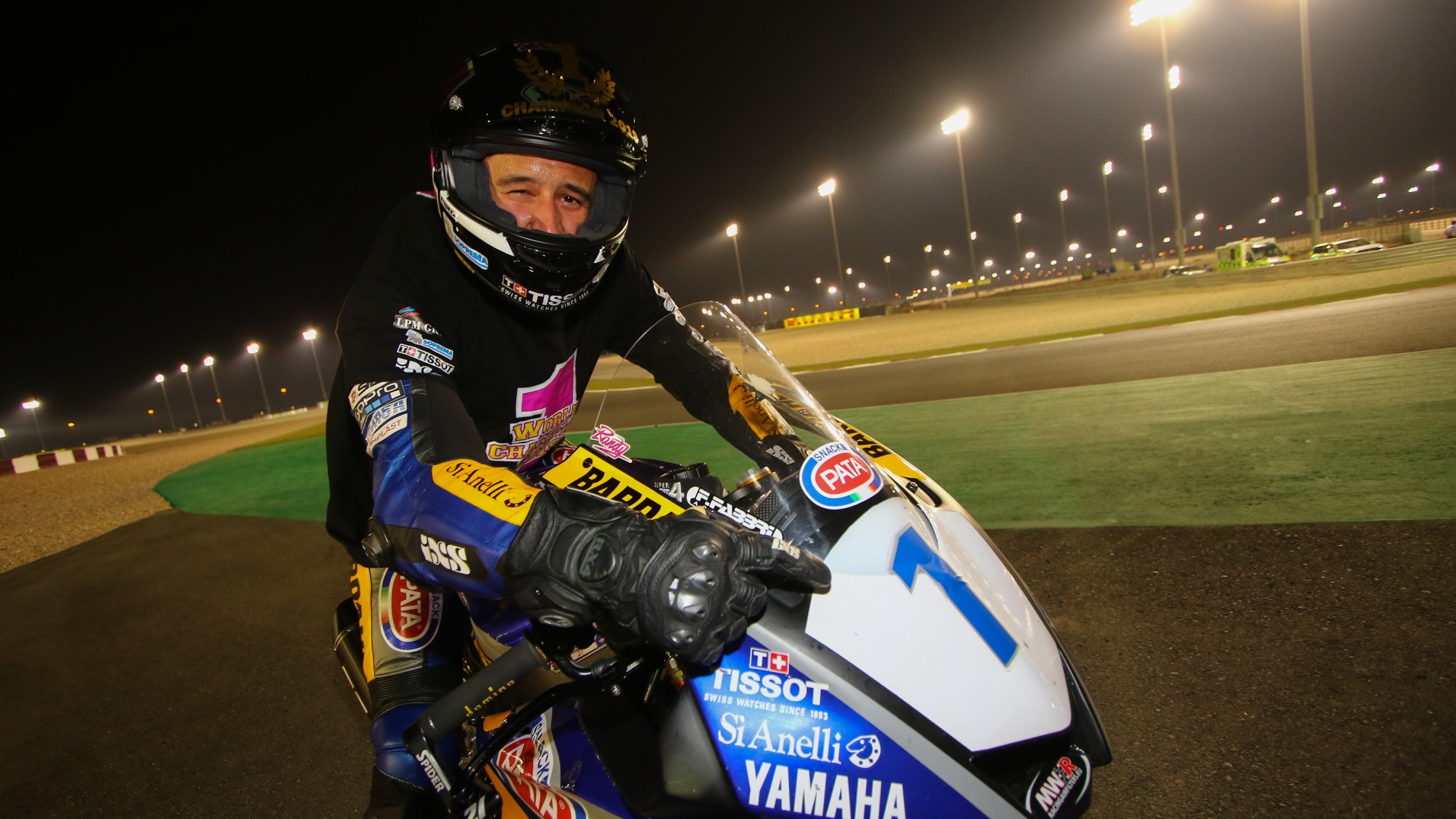 With the title sealed, Randy Krummenacher made history to become the first Swiss Champion in WorldSSP: but there’s other countries who have had their flag flown by one special rider!

It is his first World Championship victory and a return to his best form for Switzerland’s Randy Krummenacher (BARDAHL Evan Bros. WorldSSP Team), after he clinched title success in fine style at the Circuito San Juan Villicum in Argentina. An impressive four wins and four second-places, Krummenacher has been the man to beat throughout the 2019 WorldSSP season and despite coming under attack from teammate Federico Caricasulo, the 29-year-old held on to become Champion. So, the land of premium chocolate, lush scenery, high mountains and luxury watches now has a WorldSSP Champion: but it is their only one in the entirety of the WorldSBK paddock.

There’s been plenty of international success for plenty of countries in the WorldSBK paddock, none more than the United Kingdom, Italy and Australia, whilst Turkey, France and Germany have enjoyed lots of success in the supporting classes too. But Switzerland? The country completely landlocked by five other nations has never been able to put together an entire season of success in any class and for many years, wasn’t even represented in many classes.

Before World Supersport became an FIM World Championship in 1999, it was classed as the Supersport World Series, where there was one Swiss hopeful. Yves Briguet was quick on his day and took seven podiums, but never won. 1998 was luckless for the Swiss as he often found himself in the gravel through no fault of his own. Since then, the country hasn’t featured prominently. Names like Dominic Schmitter, Robin Mulhauser and Bastien Chesaux are familiar, but they never made it work for an entire Championship, and never took podiums.

Randy Krummenacher is the first Swiss rider to ever go on to take a World Supersport crowning, but there’s plenty of other nations that have had their flag flown by just one rider. Starting in Europe and in 2005, the FIM Superstock 1000 European Championship was won by Belgian ace, Didier Van Keymeulen before fellow countryman Xavier Simeon backed it up four years later. From the feeder classes to World Superbike, there’s Michael van der Mark, single-handedly flying the Dutch flag in terms of riders for many years, becoming the first Champion for his country. Italian rider Michael Ruben Rinaldi came and conquered in STK1000, and whilst being Italian, he has a Venezuelan mother.

Picking up outside of Europe, Turkey had Kenan Sofuoglu in WorldSSP (before Toprak Razgatlioglu became a force in WorldSBK in 2018). South America has Argentine rider Leandro Mercado, the 2014 FIM STK1000 Champion and in 2006, Alex Barros took the only WorldSBK win for Brazil and South America to-date. Thailand for many years relied heavily on Ratthapark Wilairot and he brought home WorldSSP success – quite literally – in 2015. And If you go back far enough, in World Superbike, New Zealand was only represented in race winning ways on a regular occasion by Aaron Slight. Switzerland now joins the list of countries that have won not just races but titles in the WorldSBK paddock.

There’s nothing quite like being the first to become Champion for your country. Switzerland, despite having banned motorsport activities in its own land (besides time trial events), has produced many fine motorcycle riders in the past. From Luigi Taveri, Stefan Dörflinger and Tom Lüthi in the Grand Prix paddock, to, finally, Randy Krummenacher in World Supersport. Will he be able to repeat his success in 2020, whatever Championship he ends up in? Could this first FIM World Championship title for a Swiss rider since Tom Lüthi in the 125cc World Championship in 2005 inspire more Swiss riders to go and chase a successful career in motorcycle racing?

Watch all the action in WorldSBK continue to unfold in 2019 and beyond with the WorldSBK VideoPass!