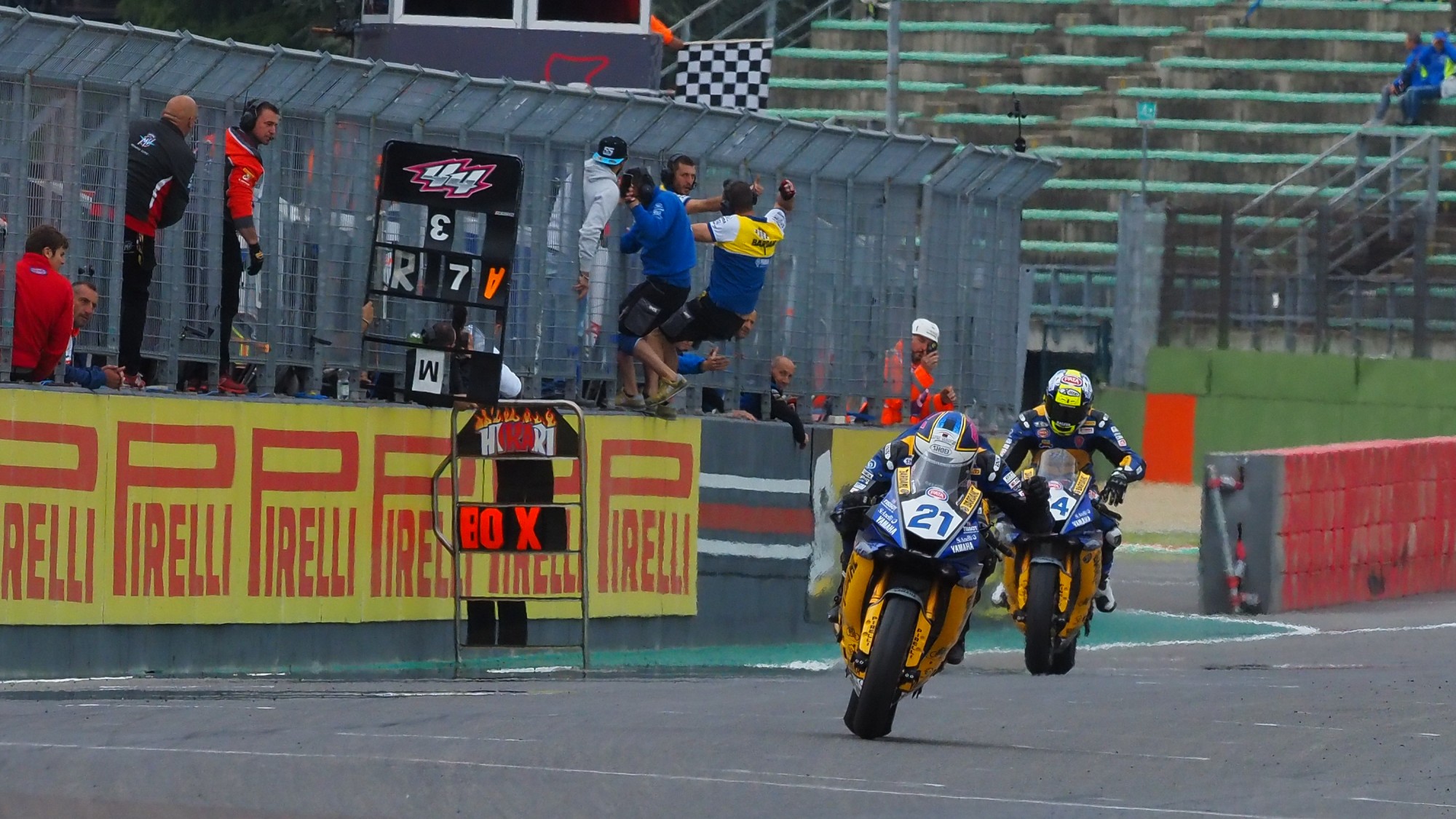 It was an action-packed WorldSSP race at Imola, which had drama, intrigue and battles scattered right the way through the 17-lap encounter. In a race that saw a group of five whittled down to the leading duo in the championship of Randy Krummenacher (BARDAHL Evan Bros. WorldSSP Team) and teammate Federico Caricasulo, it was an exciting race that went down to a vintage WorldSSP final lap.

On the opening lap, it was a brilliant start from Jules Cluzel (GMT94 YAMAHA), who came from third on the grid to the lead, holding off pole-sitter Randy Krummenacher and Federico Caricasulo. A blistering start from Lucas Mahias (Kawasaki Puccetti Racing) was halted as Massimo Roccoli (Team Rosso Corsa) surged through from ninth on the grid to be fourth.

It all changed early on!

At the start of lap two, trying to make up ground, Mahias tried to get ahead of Raffaele De Rosa (MV AGUSTA Reparto Corse) on the front straight, cutting to the inside and pushing the Italian rider wide at Tamburello. Then, a raft of fastest laps came in from the leading five, with Caricasulo, Mahias and Thomas Gradinger (Kallio Racing) setting fastest laps in consecutive laps.

Mahias and Gradinger were starting to close the gap to the leading trio, as they got to work by taking advantage of the leaders’ hesitance in the tricky weather conditions. However, a mistake from Jules Cluzel on the exit of the Variante Alta meant that both Krummenacher and Caricasulo were able to get ahead. A few laps later, and Cluzel was once again wide at the same corner, now bringing the likes of Mahias and Gradinger into the fight.

However, drama was just around the corner, as a problem for Cluzel on the exit of Turn 22 saw Mahias collide with his fellow countryman, leaving Gradinger nowhere to go. With more than half race distance complete, Mahias remounted but now had work to do to try and make the most of a bad situation. This however was not bad news for the home fans, who saw Raffaele De Rosa hit the podium places.

As the leading duo were now alone, a thrilling last lap was in prospect, with Krummenacher right on the rear of Caricasulo. A slight mistake at Turn 7 from Caricasulo allowed his teammate to close in but it was a bigger mistake at the Variante Alta that allowed Krummenacher to get ahead on the run to Rivazza. A mistake from the Swiss rider at the last chicane almost cost him the win but he held on ahead of Caricasulo to take the win, ahead of De Rosa.

Unfortunately, a red flag was shown in the closing moments, with Massimo Roccoli suffering an enormous high-side crash at the first Rivazza. He was stretchered away and despite running as high as fourth in the race, left Imola empty handed.

Watch the remaining races from the Pirelli Italian Round with the WorldSBK VideoPass! 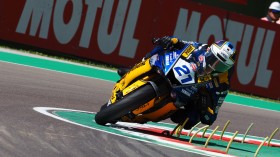 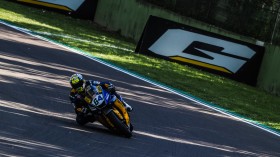