Japanese star heads back to Italy, the country which has hosted many successes for him in WorldSBK!

Ryuichi Kiyonari’s return to WorldSBK may have been a little more turbulent than initially expected but at the Pirelli Italian Round, he heads back to a happy hunting ground. The Imola circuit played host to his last top ten result and slowly but surely, the Japanese rider is making progress, having been away from a full-time WorldSBK ride for a decade before returning in 2019.

The three-time WorldSBK race winner scored his first points of the season at the Chang International Circuit in Thailand with 12th in Race 2, his best result of the year. Since then, four more point-scoring finishes have amassed a total of 11 points, but the Moriwaki Althea Honda Team rider will look to continue making steps this weekend.

Ahead of the round, a pumped-up Kiyonari stated: “Imola is a track with a great racing tradition. It’s very different from Assen, with some ups and downs and technical sections with different corners, some tight and some fast. Hopefully the weather will be very different from the last round! I raced in Imola only once in the past, in 2009, and I’m happy to head back there now. It’s the team’s home race after all, so it’s important for us.”

The time that Kiyonari refers to about previously racing at Imola is 2009, when he put in a fantastic performance to sweep through the pack, from 14th on the grid to 5th in Race 1, on his way to 11th in the championship, as he missed the remaining rounds of the season.

Honda too have a history at Imola that can’t be ignored, having clinched a thrilling title at the circuit in 2002 with Colin Edwards and, over the years, have accumulated seven victories with four different riders. Will this be the circuit where Honda is welcomed back towards the front of the field?

You can watch FP1 from Imola for FREE, just by registering with worldsbk.com!

Watch the action from Imola continue to unfold after, with the WorldSBK VideoPass! 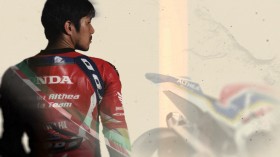 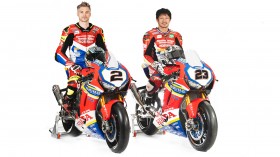