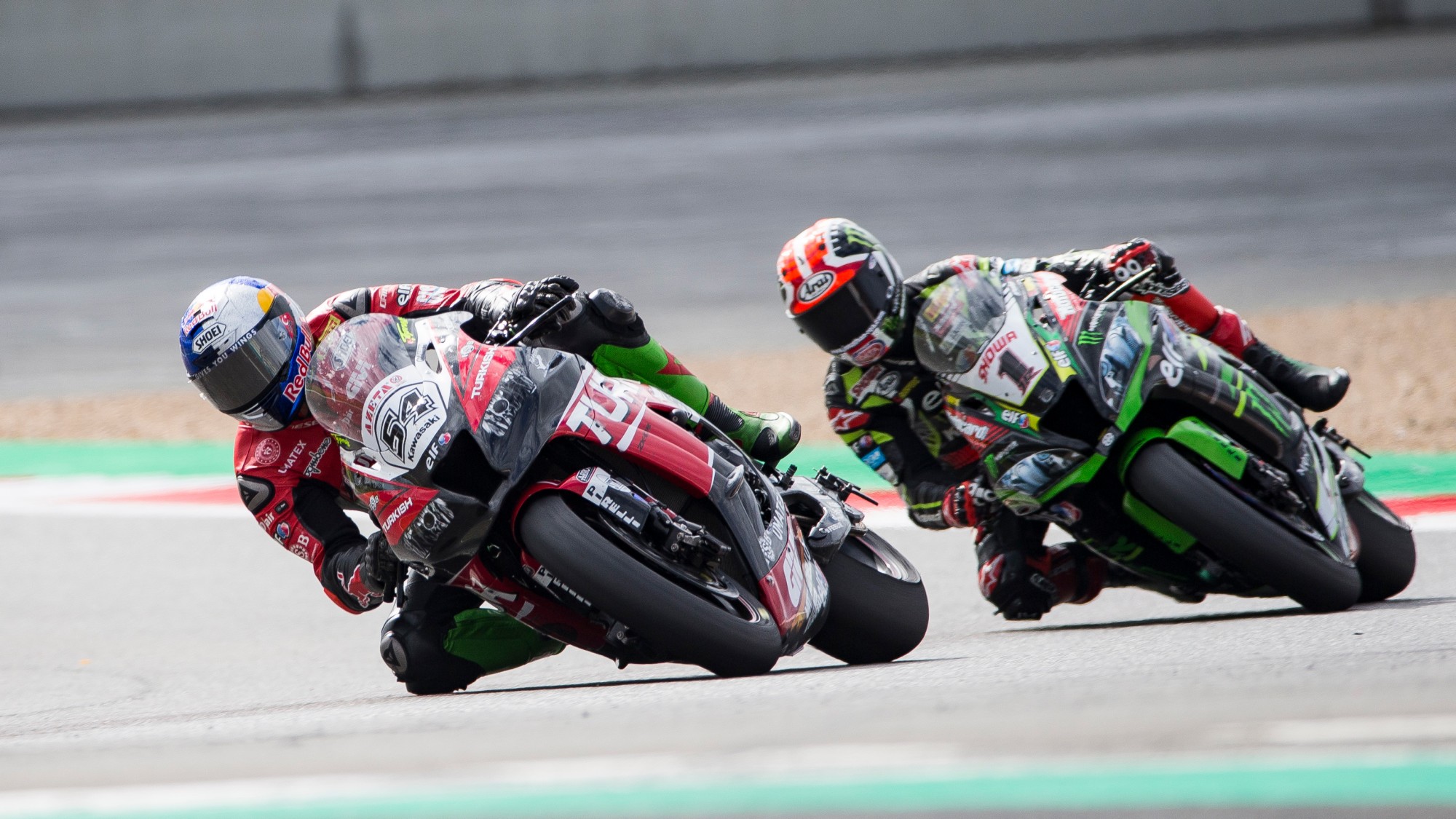 The Akashi marque really came to force with vintage victories in all categories, letting the good times provide two champions and a first-time race winner!

It was a phenomenal weekend for Kawasaki at the Circuit de Nevers Magny-Cours, as they wrapped up victory in all three classes for the first time since Portimao, 2017. Toprak Razgatlioglu (Turkish Puccetti Racing) took Race 1 and the Tissot Superpole Race, whilst in Race 2, Jonathan Rea (Kawasaki Racing Team WorldSBK) stormed to victory and a fifth WorldSBK crown. In WorldSSP, Lucas Mahias (Kawasaki Puccetti Racing) took the verdict and Ana Carrasco secured victory in WorldSSP300.

World Supersport witnessed home-hero Lucas Mahias take victory, ending Yamaha’s run of 24 races unbeaten – a new class record. But it was a massively positive weekend for Kawasaki besides winning, with two bikes on the podium – Ayrton Badovini (Team Pedercini Racing) ending his three-year podium drought with a third. The last time this happened for Kawasaki was at Donington Park in 2016, when Kenan Sofuoglu reigned supreme, with Randy Krummenacher third. Kyle Smith was also on pole, becoming the first British rider for Kawasaki in World Supersport to take pole since Iain Macpherson at Misano, in 2001.

Then, in WorldSSP300, it was another all-Kawasaki podium, with departing champion Ana Carrasco (Kawasaki Provec WorldSSP300) leading home Manuel Gonzalez (Kawasaki ParkinGO Team) and Scott Deroue (Kawasaki MOTOPORT). Gonzalez’s second place was good enough for to take the championship, as Kawasaki take the riders’ championship for a second season on the bounce. Carrasco’s win made it Kawasaki’s 14th in the class and their seventh of 2019 – their most successful season.

The records can still happen for Kawasaki in Argentina, as they need to score 28 points more than Ducati in World Superbike to achieve the manufacturer’s crown, whilst Toprak Razgatlioglu can wrap up the top Independent rider position in Argentina too. The Turkish rider also needs to overcome a 33-point deficit if he is to give Kawasaki the top Independent team crown, with his Turkish Puccetti Racing outfit. Currently, the GRT Yamaha WorldSBK team lead the way, although they have two riders compared to the one-man line-up of Puccetti.

Watch the records tumble in World Superbike’s second ever visit to Argentina with the WorldSBK VideoPass!