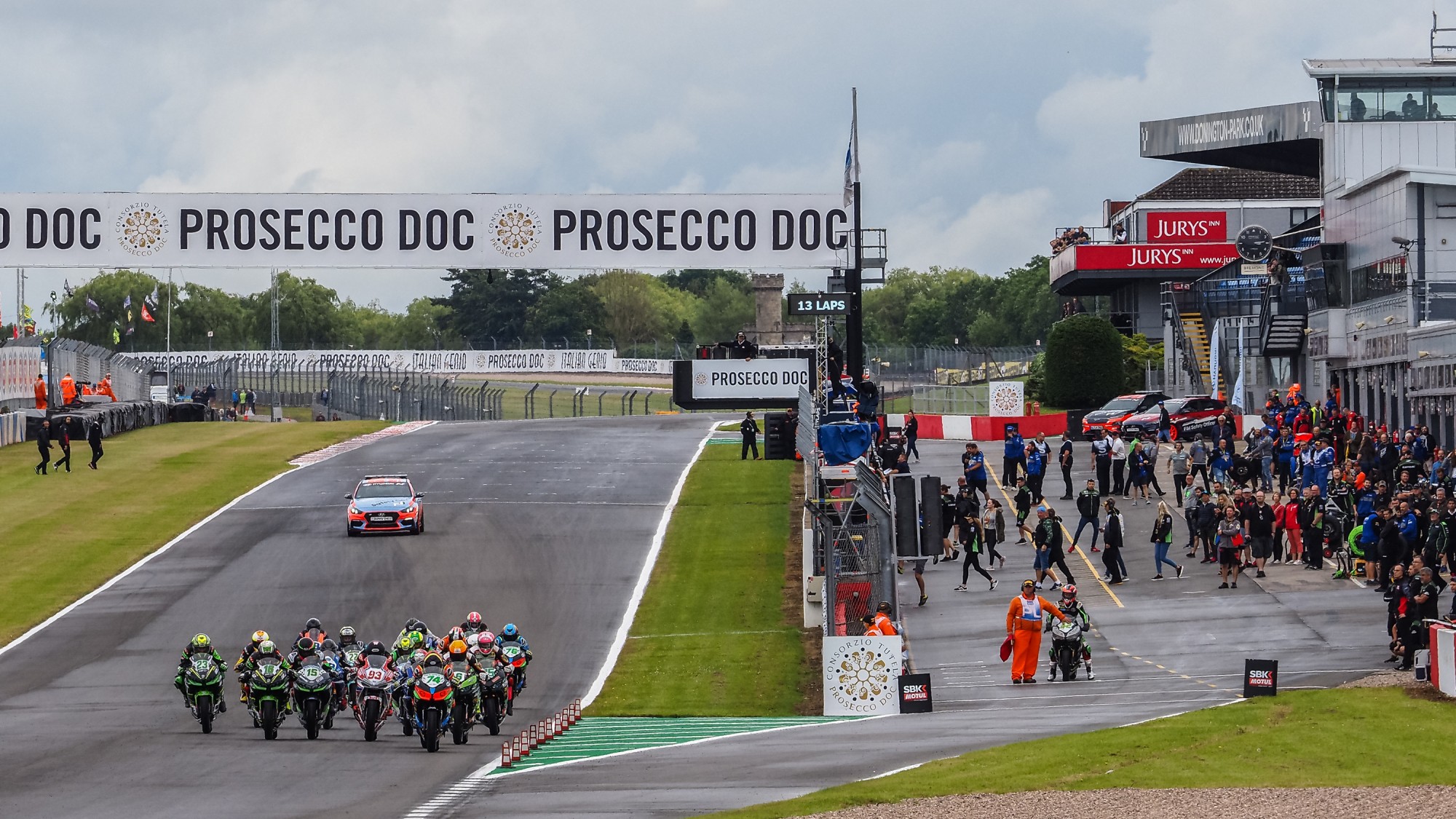 WorldSSP300 action returned for the Last Chance Race, determining the six riders which will go up to join the main grid for the main race on Sunday afternoon. It was a fierce race which saw many accidents, although some unexpected names make it through to Sunday action for the first time, too.

With the race getting underway, wildcard Kade Verwey (Team XG Racing) took the lead, putting on a show in front of his home crowd, in a bid to try and make a name for himself and get through to Sunday’s race. However, as he dropped back through the order, he found himself surrounded by faster riders. Attempting to make up time, Verwey crashed but in the process, wiped out joint-second in the championship, Scott Deroue (Kawasaki MOTOPORT), as the Dutchman had to go through the Last Chance Race for the first time.

At the flag, it was Nick Kalinin (Nutec – RT Motorsport by SKM – Kawasaki) who prevailed ahead of the chasing pack, after they had spread out. He won, ahead of Jan-Ole Jahnig (Freudenberg KTM Junior Team), Robert Schotman (Kawasaki MOTOPORT), Manuel Bastianelli (Prodina IRCOS Kawasaki), Paolo Giacomini (Kawasaki GP Project) and Beatriz Neila (BCD Yamaha MS Racing). Giacomini makes it through to the Sunday race for the first time this season.

Watch the full WorldSSP300 race on Sunday with the WorldSBK VideoPass! 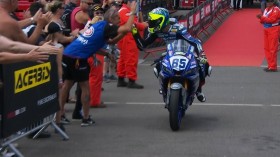 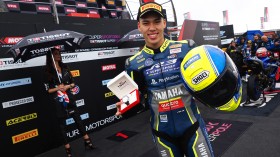 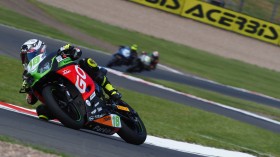