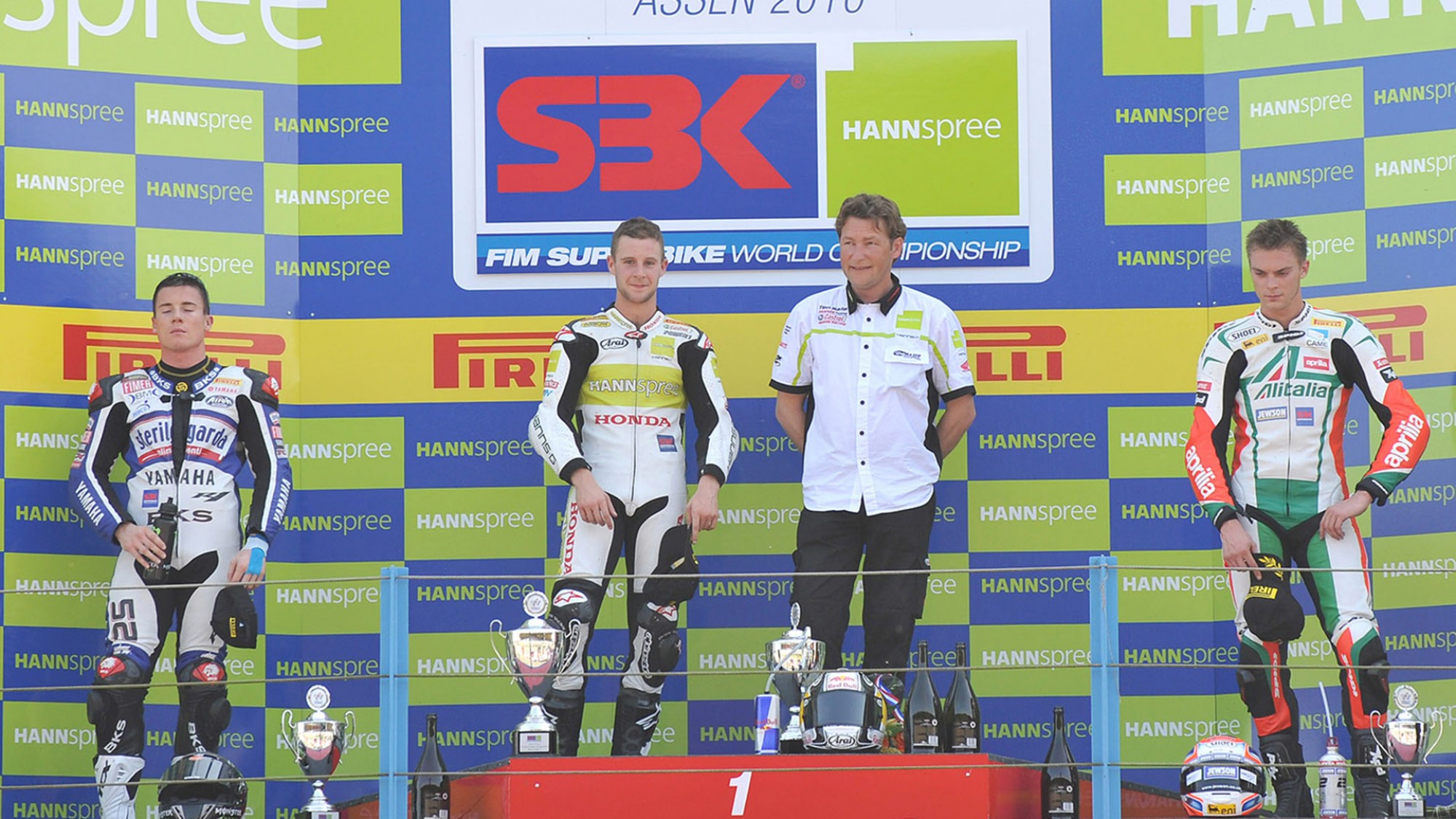 The Northern Irishman’s flamboyancy on the circuit paid dividends back at Assen in 2010 – the first two of 12 wins at the track!

Having gone on to be the most successful WorldSBK rider in statistical terms, Jonathan Rea’s career blossomed long before his first WorldSBK title. Back in 2010, the Ulsterman had gone on to win four races, but it all started at the Dutch Round that season, at the TT Circuit Assen.

A circuit that is synonymous with British success, Jonathan Rea was looking to emulate Carl Fogarty’s achievement in 1996 to become the first British Honda rider to do the double at Assen – as well as achieve his first career double. Having enjoyed a consistent start to the season, which saw him finish in the top six in all but one race, Rea looked like he would go to Assen and go on the hunt for his first win of the season.

After putting the HANNSpree Ten Kate Honda on pole position, thrilling races involving six manufacturers soon unfolded, leaving Rea to have to fend them off one by one. It would be the first double at the Assen circuit for the eventual four-time WorldSBK champion. You can relive the first of these classic races right now, by clicking here!

Watch Jonathan Rea battle it out for the remainder of the 2019 WorldSBK season, with the WorldSBK VideoPass!