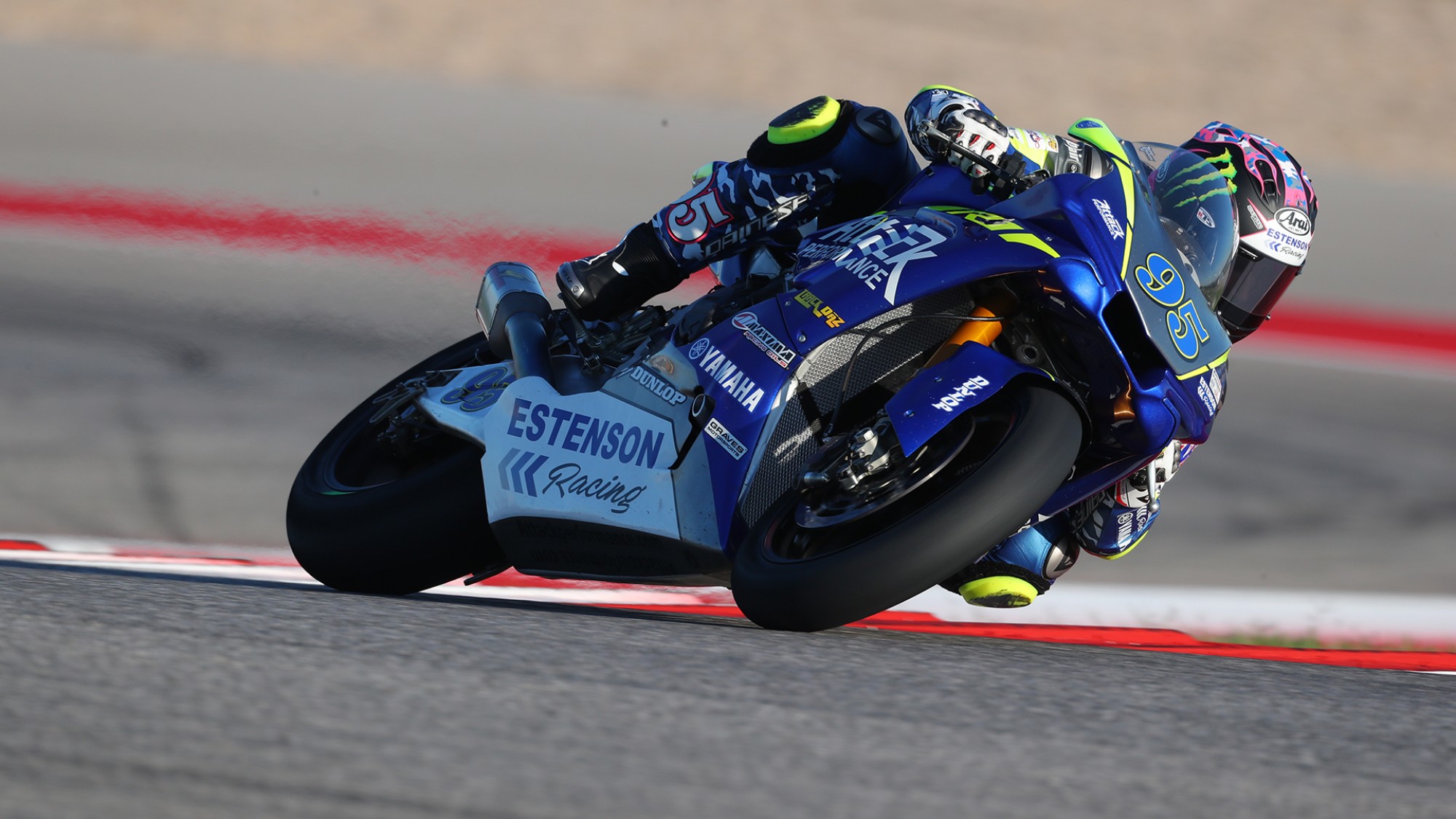 American rider joins Yamaha contingent for the Geico US Round

Although no American riders have featured so far in the 2019 MOTUL FIM Superbike World Championship, that’s all about to change at the WeatherTech Raceway Laguna Seca. J.D. Beach (Attack Performance Estenson Racing Yamaha) will make his World Superbike debut on home turf, doubling up with the MotoAmerica Superbike championship in what promises to be an intense weekend of racing.

Beach, hailing from the state of Washington, is a familiar face to American Superbike enthusiasts having won the MotoAmerica Supersport championship on two occasions (2015 & 2019). He is competing this season in the MotoAmerica Superbike championship on a Yamaha YZF R1, and picked up his first race win back in May. Beach is also an active flat track racer and race winner at a national level.

The 27-year-old has also had brief yet intense showings on the world stage. Beach entered the inaugural Red Bull Rookies Cup in 2007, but it was in 2008 when he made his true breakthrough, beating Luis Salom to the title by four points. Three years later, Beach made a one-off appearance in Moto2™ at Indianapolis, crossing the line in 29th place.

“I’m really pumped going into this weekend’s round at Laguna Seca”, Beach said. “It’s going to be a tough weekend racing both MotoAmerica Superbike and World Superbike, but I’m up for the challenge. Josh Herrin kind of paved the way for us to do it last year. I think I have some big shoes to fill because he was really quick. Both myself and the team are really excited about it, really looking forward to it.

“Laguna’s a track that I like a lot. I’ve had a lot of fun there. I’m really looking forward to riding a Superbike there again, the last time I did it was 2011. I think it’s going to be a great weekend. I feel like if we can be up front or be on the podium for MotoAmerica and run top-10 in World Superbike, that would be a great weekend for me and the team”.

This first foray into the WorldSBK paddock will make him the 70th US rider to start a race in the series. Six of them – Fred Merkel, Doug Polen, Scott Russell, John Kocinski, Colin Edwards and Ben Spies – have been crowned as WorldSBK champions, while a further four – Ben Bostrom, Doug Chandler, Nicky Hayden and Tom Kipp – also picked up race wins. The previous American to make his debut was Josh Herrin, at last season’s Geico US Round.

How will Beach fare in his WorldSBK premiere? Find out as the Geico US Round gets rolling on WorldSBK VideoPass!