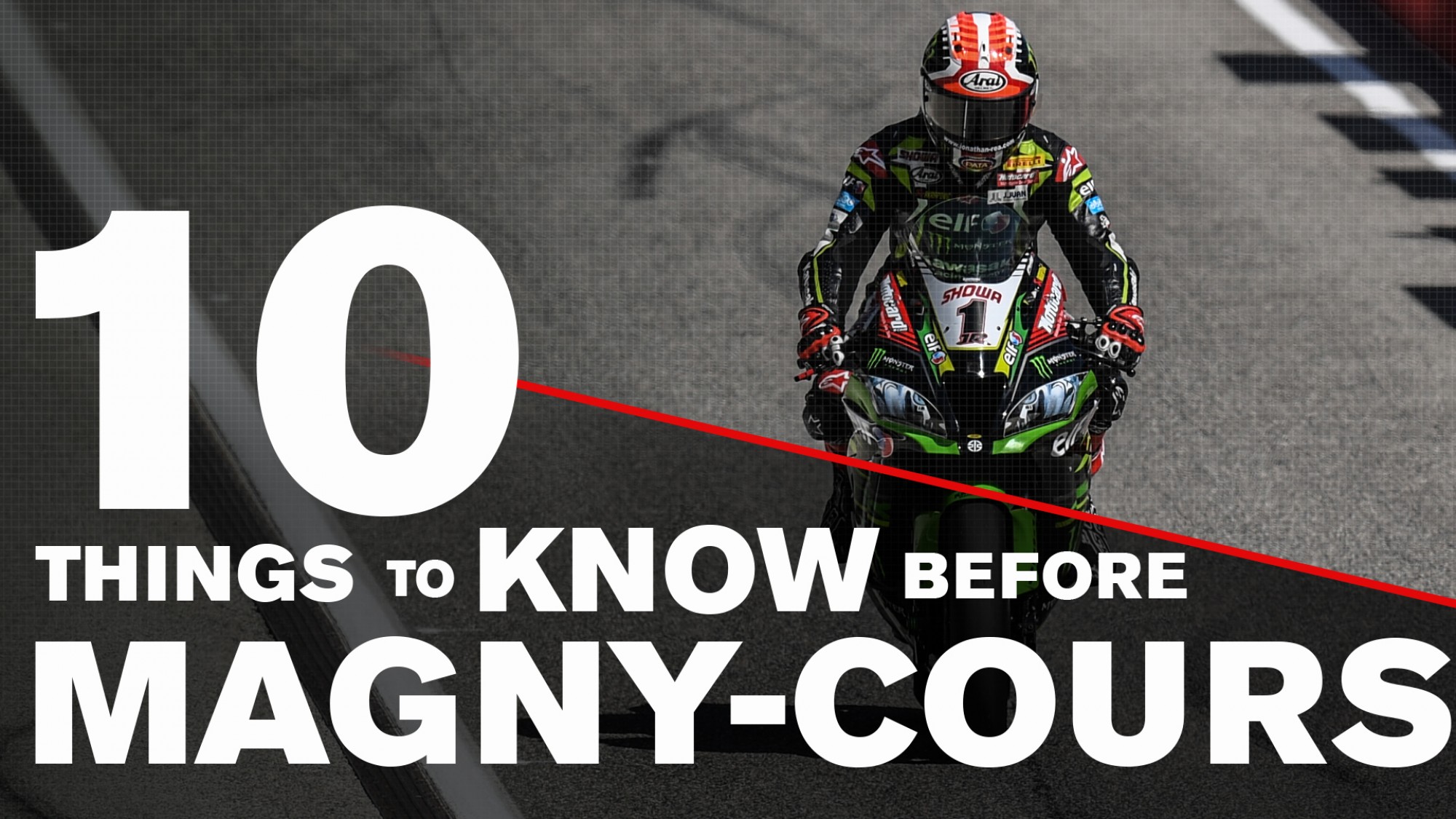 2. The most successful riders at the French race track are Noriyuki Haga and Jonathan Rea, with five wins each. Rea reached Haga with a double win last year.

3. In the current field, we have four WorldSBK riders who have won at least once at Magny-Cours: Jonathan Rea (5), Tom Sykes (3), Chaz Davies (3) and Marco Melandri (1).

4.  Despite being the most successful manufacturer at Magny-Cours with 16 wins, Ducati has recorded just a Superpole, in 2003 with James Toseland (at his maiden career Superpole).

6. Ducati has 38 podium finishes at this track, a record for Magny-Cours. Yamaha and Kawasaki follow at 17 each.

7. Great Britain is the most successful country at Magny Cours circuit with 15 wins. That is three times more than their best competitor, Japan, at five wins, which all belong to Noriyuki Haga.

8. Tom Sykes is the only rider who raced 20 times here in WorldSBK, and he made the most out of his starts. Sykes climbed on the podium in exactly half of those races, as he was on the podium ten times, a track record that he shares with Noriyuki Haga.

Catch up on all the news about the 2019 MOTUL FIM Superbike World Championship at Magny Cours with the WorldSBK VideoPass.